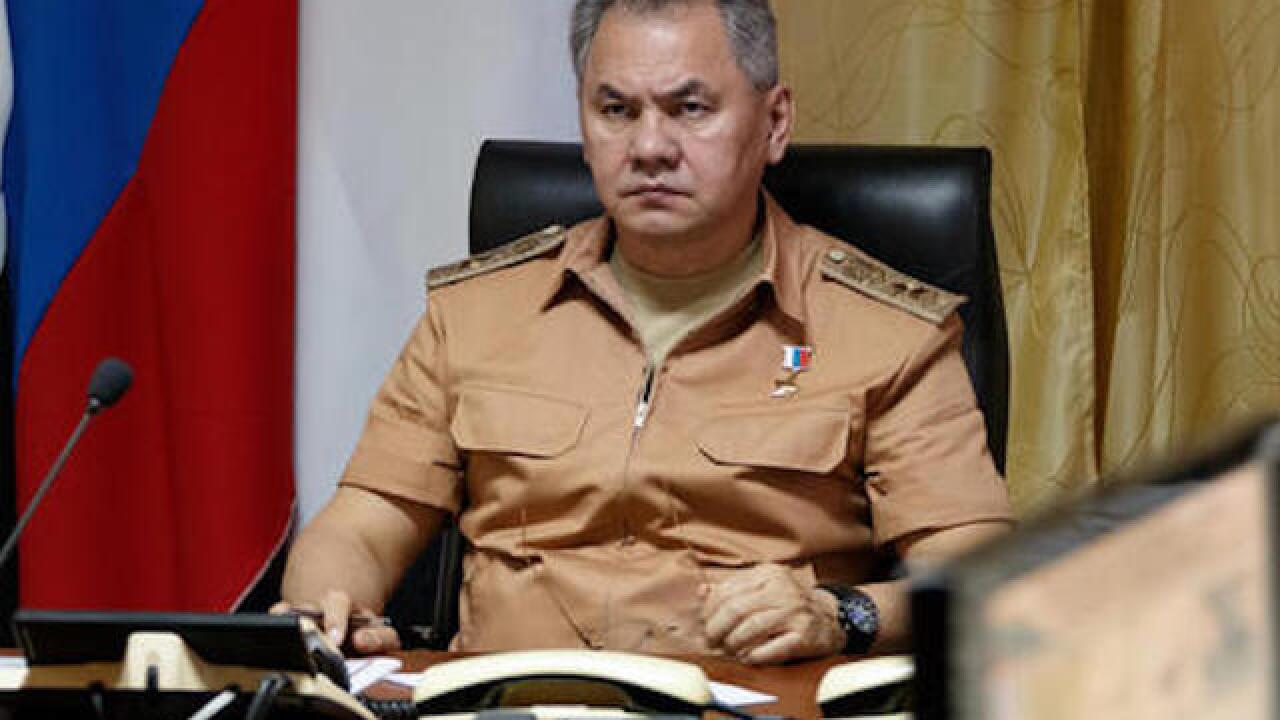 MOSCOW (AP) — Russia and the Syrian government will open humanitarian corridors in Syria's embattled city of Aleppo and offer a way out for opposition fighters wanting to lay down their arms, Russia's defense minister Sergei Shoigu announced on Thursday as Syrian forces took another district from rebels in the city.

The Russian announcement came as Syria's President Bashar Assad offered a general amnesty for rebels who give up their weapons and surrender to authorities over the next three months.

For days now, Syrian government forces and allied troops have encircled the main rebel enclave in the city of Aleppo, urging fighters there to surrender. The encirclement set the stage for a prolonged siege that the government hopes will eventually stare out and force the rebels to surrender, a tactic Assad's forces have used elsewhere, including in the central city of Homs.

But humanitarian groups have warned of a major catastrophe if the siege on the rebel-held parts of Aleppo continues. Some 300,000 residents are trapped in the eastern part of the city that is controlled by rebels, according to the United Nations.

Shoigu said in televised comments that President Vladimir Putin has ordered a "large-scale humanitarian operation" that will be launched outside Aleppo to help civilians as well as allow fighters who wanted to lay down the arms to surrender.

"Together with the Syrian government we will open three humanitarian corridors in order to help civilians who were kept hostage by the terrorists as well as the fighters who want to lay down their arms," he told a meeting in Moscow.

Moscow welcomes international aid organizations which operate in Syria to join the Russia-lead humanitarian operation, he added. The fighters who want to surrender will be able leave the city via a corridor to the north, Shoigu also said.

The Russian announcement was met with skepticism from the opposition.

Bahaa Halabi, an opposition media activist inside Aleppo, said there are no corridors out of east Aleppo and even if there were, he would not take them.

"Definitely not. We will not surrender ourselves to the criminals. They are killing us every day. Slaughtering us, starving us, and besieging civilians," he said, speaking from the city via Skype.

Assad's forces on Thursday took the Bani Zeid neighborhood on the northern edge of the Aleppo from the rebels as part of a steady advance meant to tighten the siege. State-run news agency SANA said the military has begun clearing land mines there and claimed dozens of gunmen laid down their weapons and surrendered in the neighborhood.

Assad, meanwhile, issued a decree offering an amnesty to armed opposition fighters who surrender within three months and urging all detainees to be freed. The decree, which was published by the state-run news agency SANA, said that those who might set free their captives will be exempted from punishment if they turn themselves in within a month.

Assad has issued amnesty offers several times in the past in the course of Syria's civil war, now in its sixth year. The offer is largely seen by opposition fighters as a publicity stunt and psychological warfare against the rebels.

More than a quarter of a million people have died and millions have been displaced since March 2011, when Syria's conflict erupted.

Separately, Shoigu also said that Moscow is sending a top general and experts to Geneva at the request of U.S. Secretary of State John Kerry to discuss the Aleppo crisis.

Shoigu said Putin, in response to a request by Kerry, ordered Gen. Stanislav Gadzhimagomedov and a group of experts to the Swiss city, which has hosted several rounds of Syrian talks and international negotiators trying to resolve the crisis.