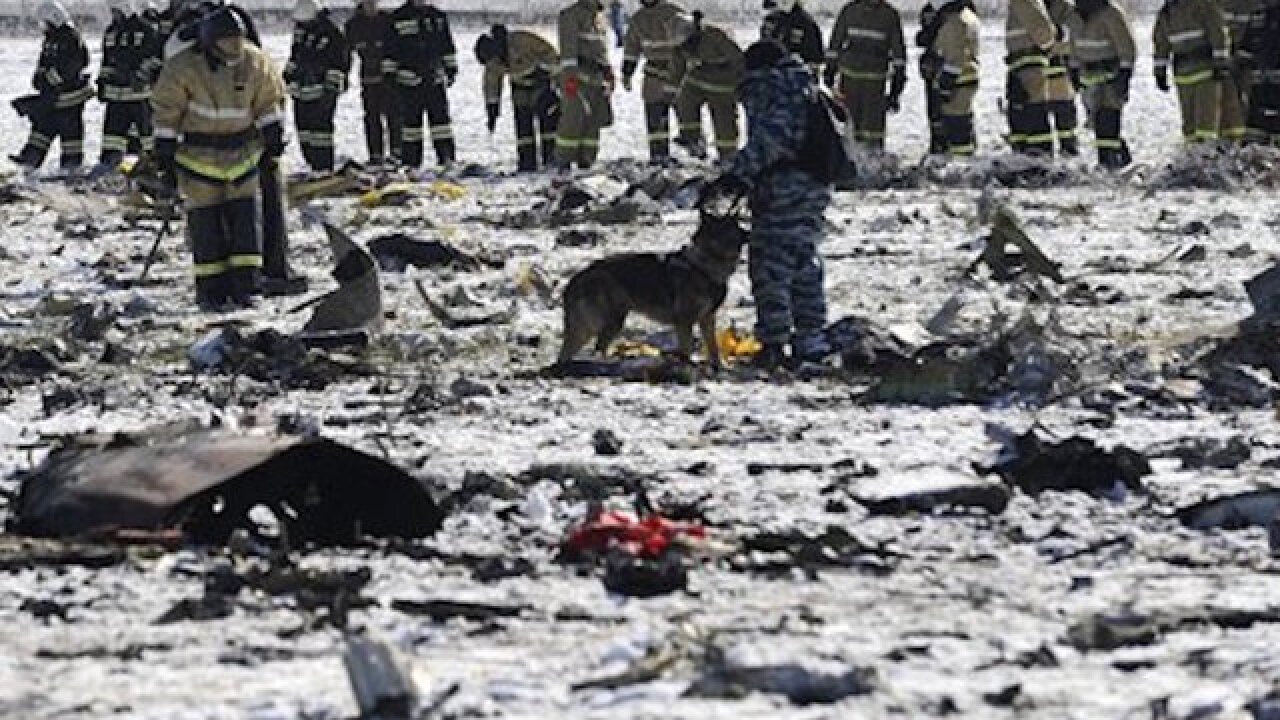 Copyright Associated Press
<p>In this Sunday, March 20, 2016 file photo, Russian Police and Emergency Ministry employees investigate the wreckage of a crashed plane at the Rostov-on-Don airport, about 950 kilometers (600 miles) south of Moscow, Russia, Sunday, March 20, 2016. Investigators have successfully downloaded all the information from the flight recorders on the FlyDubai plane that crashed in southern Russia and determined it is in a ìsatisfactoryî state, the United Arab Emiratesí aviation regulator said Sunday, March 27, 2016. (AP Photo, File)</p>

MOSCOW (AP) — Russia's civil aviation authority issued its first report Friday on last month's crash of a FlyDubai plane in southwestern Russia, shedding light on what caused the sudden descent that killed all 62 people on board.

The Interstate Aviation Committee said that a nose-down shift in the horizontal stabilizer occurred after the crew had climbed to 900 meters (3,000 feet) after a second aborted landing during strong, gusty winds.

"Subsequent actions of the crew could not prevent the aircraft's collision with the ground," the report said, adding that the Boeing 737-800 had a pitch exceeding 50 degrees and a speed of more than 600 kilometers (360 miles) per hour when it crashed.

The aviation authority said its investigation into the March 19 crash in the port city Rostov-on-Don was ongoing, with help from pilots from Russia, the United States and the United Arab Emirates.

In a statement, FlyDubai CEO Ghaith al-Ghaith said the budget airline was aware of the information that has been released. "We share the desire to get conclusive findings as quickly as possible," al-Ghaith said, without discussing the results of the preliminary report.