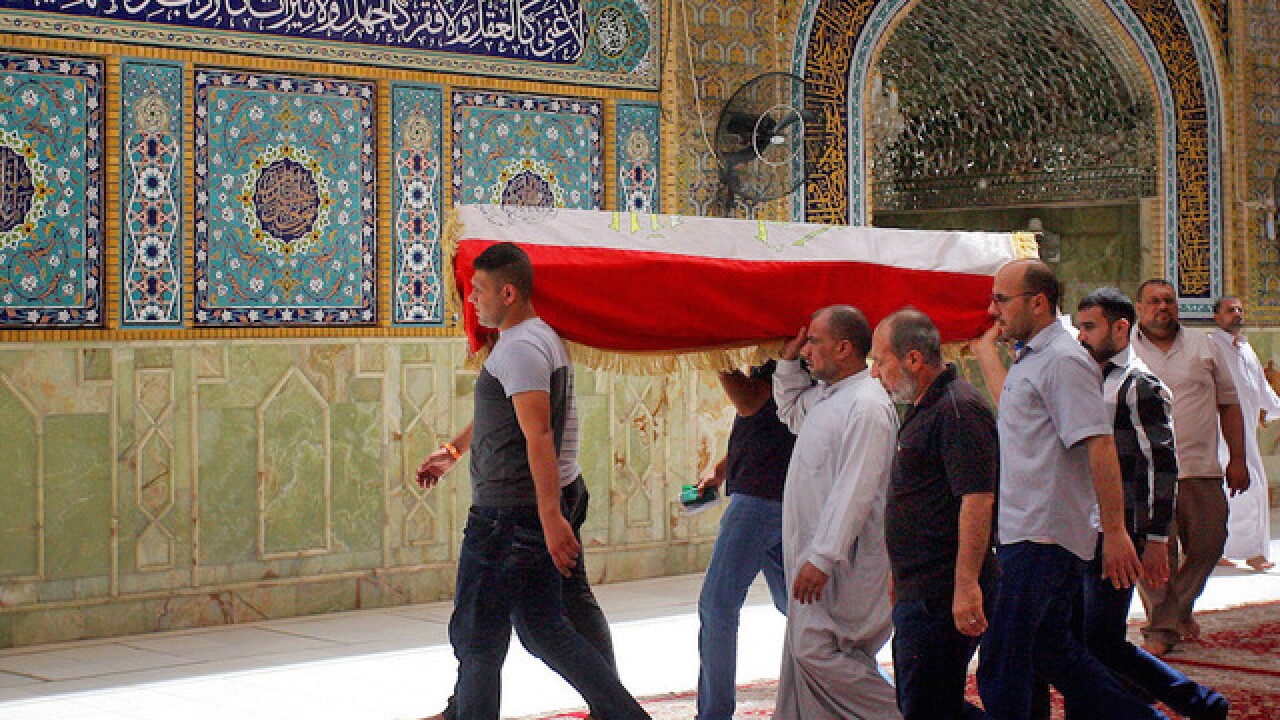 Anmar Khalil
<p>Mourners carry an Iraqi flag-draped coffin of a person who was killed of bomb in Karada neighborhood, during funeral procession at the holy shrine of Imam Ali in Najaf, 100 miles (160 kilometers) south of Baghdad, Iraq, Sunday, July 3, 2016. </p>

Iraqi officials say the death toll from an attack on a Shiite shrine north of Baghdad has risen to 37 overnight, with 62 people wounded.

Police said Friday the attack on the Sayyid Mohammed shrine in Balad, 50 miles (80 kilometers) north of the Iraqi capital, began with a volley of mortar fire on Thursday night, after which a suicide bomber targeted policemen at the entrance. A second bomber entered the shrine with nine gunmen, targeting security forces and civilians inside.

Police officials say a third bomber was killed before he detonated his explosives.

Police and hospital officials confirmed the death tolls, speaking anonymously as they are not authorized to release information to the media.