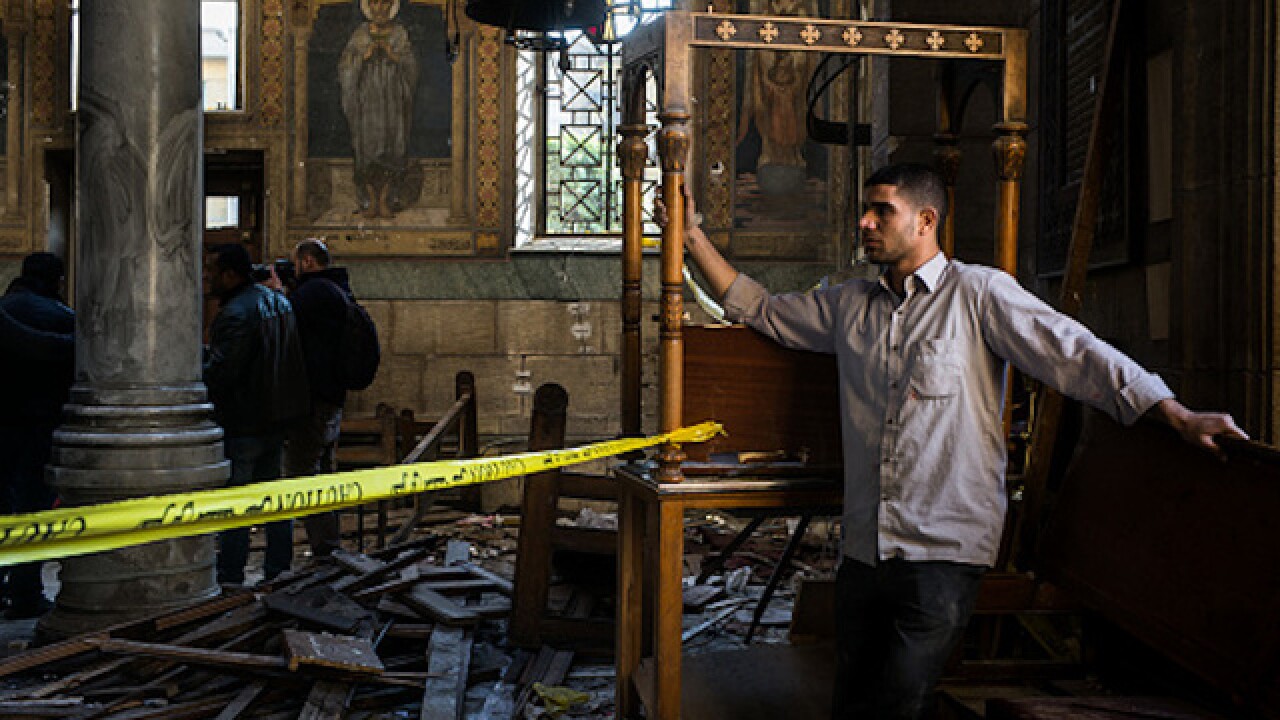 Copyright Getty Images
David Degner
<p>CAIRO, EGYPT - DECEMBER 11: Spectators and journalists walk through the site of the bombing on December 11, 2016 in Cairo, Egypt. A bomb exploded inside the Saint Mark's Coptic Orthodox Cathedral of Abbassia with wounded and killed during morning mass. (Photo by David Degner/Getty Images).</p>

An explosion near a key Coptic cathedral in the Egyptian capital has left at least 25 people dead and 31 others injured, local media reported.

The attack targeted one of the most symbolic religious sites for Copts, an ethno-religious group centered in Egypt. The Coptic Orthodox Church released a statement on its Facebook page, saying in part:

"As we are bereaved by this violence and terrorism that attacks worshipers, we pray for these martyrs and for the wounded. The Egyptian church stresses on persevering national unity that keeps all Egyptians on Egypt's blessed land."

The Grand Mufti, the highest official of religious law in Egypt, condemned the "deplorable terrorist attack" on the cathedral.

He called for unity against "black terrorism that tries to instigate sectarianism and sedition among the two wings of Egypt -- Muslims and Christians -- in a bid to weaken the nation."

The Grand Mufti also extended his condolences to Pope Tawadros ll of the Coptic Orthodox Church of Alexandria.

Demonstrators gathered outside the cathedral Sunday to voice their anger at police and some pro-government television anchors, according to Al-Ahram.

They called for the resignation of the interior minister, Magdy Abdel Ghaffar.

Protesters chanted: "This time won't pass, even if we all die. ... This is not sectarian strife, let's get the world to hear."

Copts face persecution and discrimination that has spiked since the toppling of Hosni Mubarak's regime in 2011. Dozens have been killed in sectarian clashes. There is also little Christian representation in Egypt's government.

Coptic Christians make up about 10 percent of Egypt's 91 million residents. They base their theology on the teachings of the Apostle Mark, who introduced Christianity to Egypt, according to St. Takla Church in Alexandria, the capital of Coptic Christianity.