What to know about PEPCON explosions 30 years later 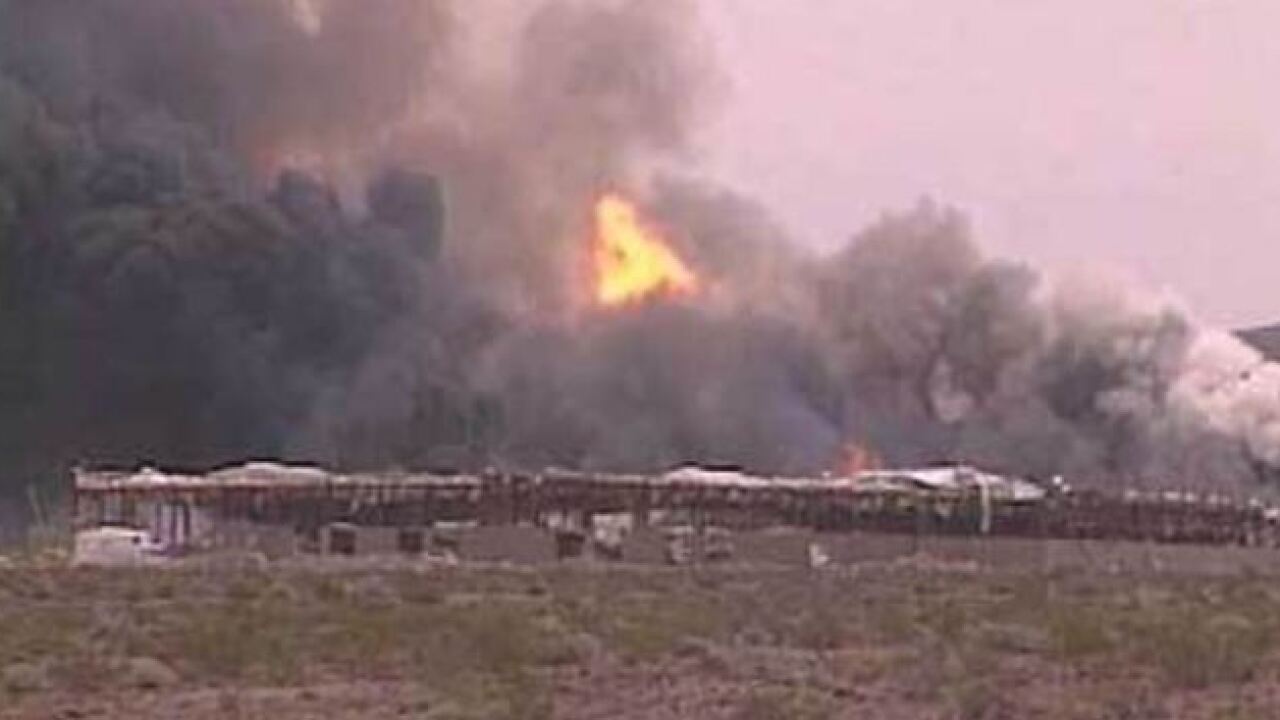 Thirty years ago on May 4, 1988, the Las Vegas valley was rocked by three massive explosions (and several smaller ones). A fire that started inside a building at Pacific Engineering and Production Corporation (PEPCO) in Henderson resulted in 3 explosions.

STORIES: It's been 30 years since PEPCON exploded

Here is a quick list of interesting facts about the incident:

1. PEPCON produced ammonium perchlorate, which is a chemical found in solid rocket fuel.
2. Because of the Challenger explosion in January 1986, there was a large amount of ammonium pechlorate at the plant at the time.
3. It was the largest domestic, non-nuclear explosion in recorded history at that time, according to NASA.
4. The explosions could be felt 10 miles away. The two biggest blasts measured 3.0 and 3.5 on the Richter scale at observatories in California and Colorado.
5. The explosions resulted in the rupture of a nearby natural gas pipeline. Flames from the pipeline could be seen miles away.
6. Experts compared the explosion to a 1-kiloton air-blast nuclear detonation.
7. Buildings were destroyed, windows of nearby homes were blown inward, doors were torn off their hinges and Boulder Highway looked like a war zone.
8. Nearby Basic High School suffered serious damage and other schools -- McDoniel Elementary, Burkholder Middle School and Southern Nevada Vocational-Technical Center -- were also damaged.
9. A shockwave hit a Boeing 737 on final approach to McCarran International Airport. No one was injured on the plane.
10. Two PEPCON employees were killed and more than 370 people were injured. Authorities found the remains of Plant Manager Bruce Halker. No trace of the other victim -- Controller Roy Westerfield -- was ever found.
11. Several firefighters were also injured by flying glass as they approached the scene.
12. The explosions also leveled the Kidd & Co. Marshmallow plant. Many people said at the time that all they could smell was marshmallows after the explosions.
13. The National Guard was brought in to help evacuate everyone within a 5-mile radius.
14. PEPCON left town after the incident. It moved to Cedar City, Utah.
15. The Nevada legislature passed the Chemical Catastrophe Prevention Act in 1991 as a result of the explosions.