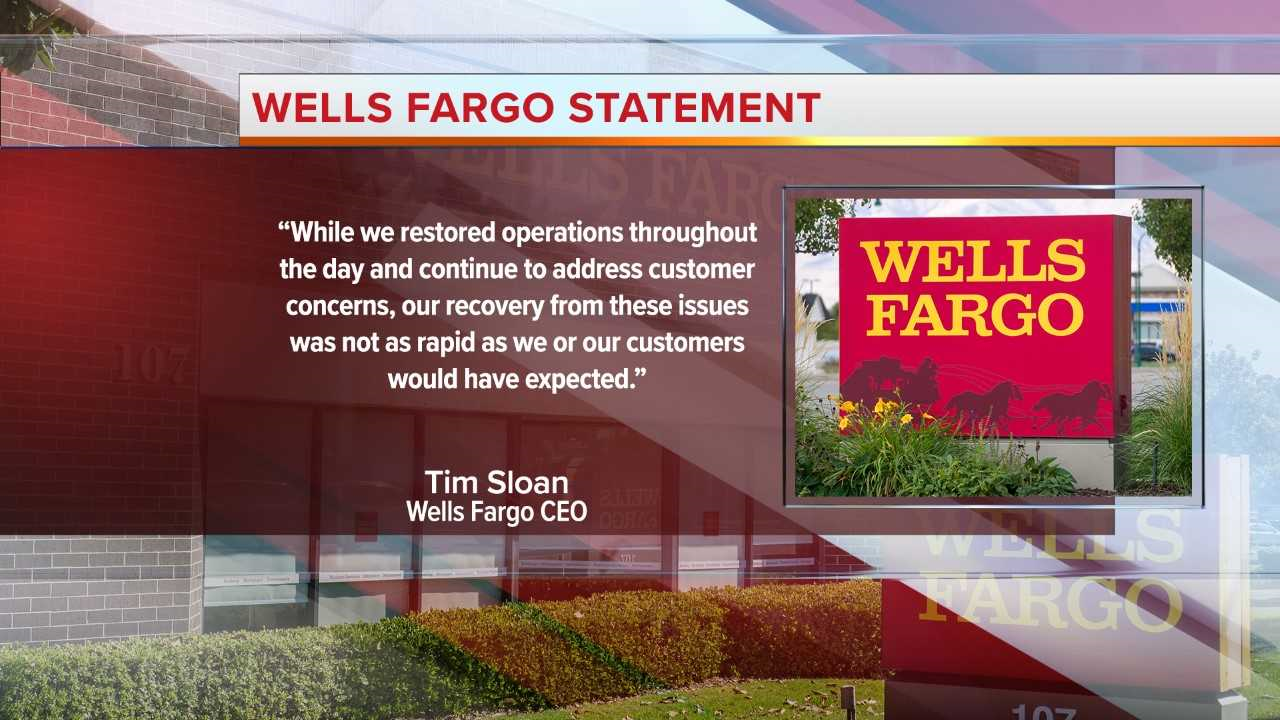 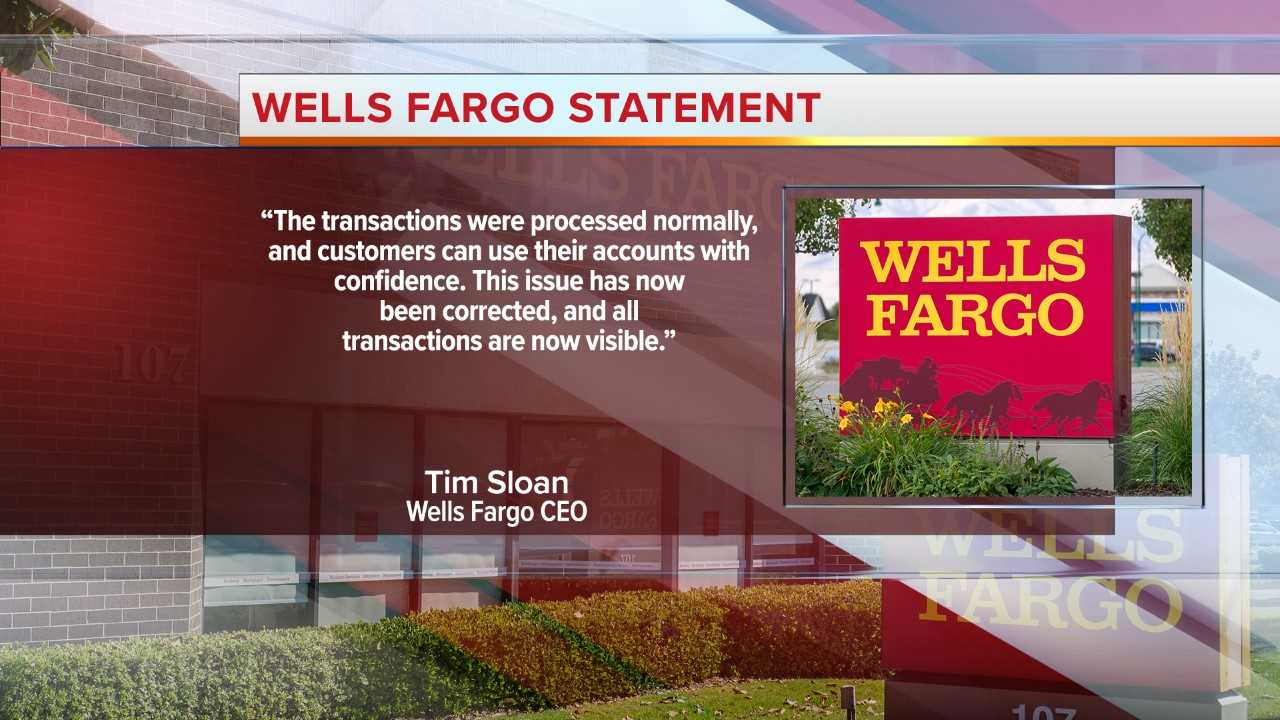 Friday was day two of banking problems for customers, those who rely on mobile banking and ATMs were very concerned.

Whitney Dawe uses the Wells Fargo app every day; he's been banking with them for nearly eight years.

On Friday, he woke up wondering why his direct deposit was not showing up.

"I’m not the richest person, in the world and I need to be able to check how much money I have," said Dawe.

Wells Fargo said on Thursday, during routine maintenance at one of their primary data centers, one of the machines started smoking over causing a systems outage.

That prevented people from across the country from using its ATMs, the app on their phone, as well as the bank's online services.

Customers then began reporting they were not able to see their direct deposits in their accounts.

Dawe’s main worry was not being able to pay his bills on time.

"I feel they've been transparent about it, but at the same time, I want to get paid as well. I run a side business, and I rely on direct deposits," Dawe's said.

Customers Randy and Dawn Brown also took a big scare since they were in the middle of paying the IRS.

"With all the fraud going on and the amount we were transferring [ it] was pretty large,” said Ryan.

“When he went to transfer, and we couldn't believe we were like, 'Oh my gosh, what if they cashed the check and the money is not in that account?'" said Dawn.

The bank did scramble Friday morning to restore mortgage services, but that issue was also resolved.

"I just feel bad because everyone is hounding them," said Dawn.

Now, Fraudsters are trying to take advantage of the outage.

Wells Fargo branches are extending their business hours by one hour on Friday and Saturday to assist consumers.

Customers can find the bank’s number on the back of their debit/credit card.