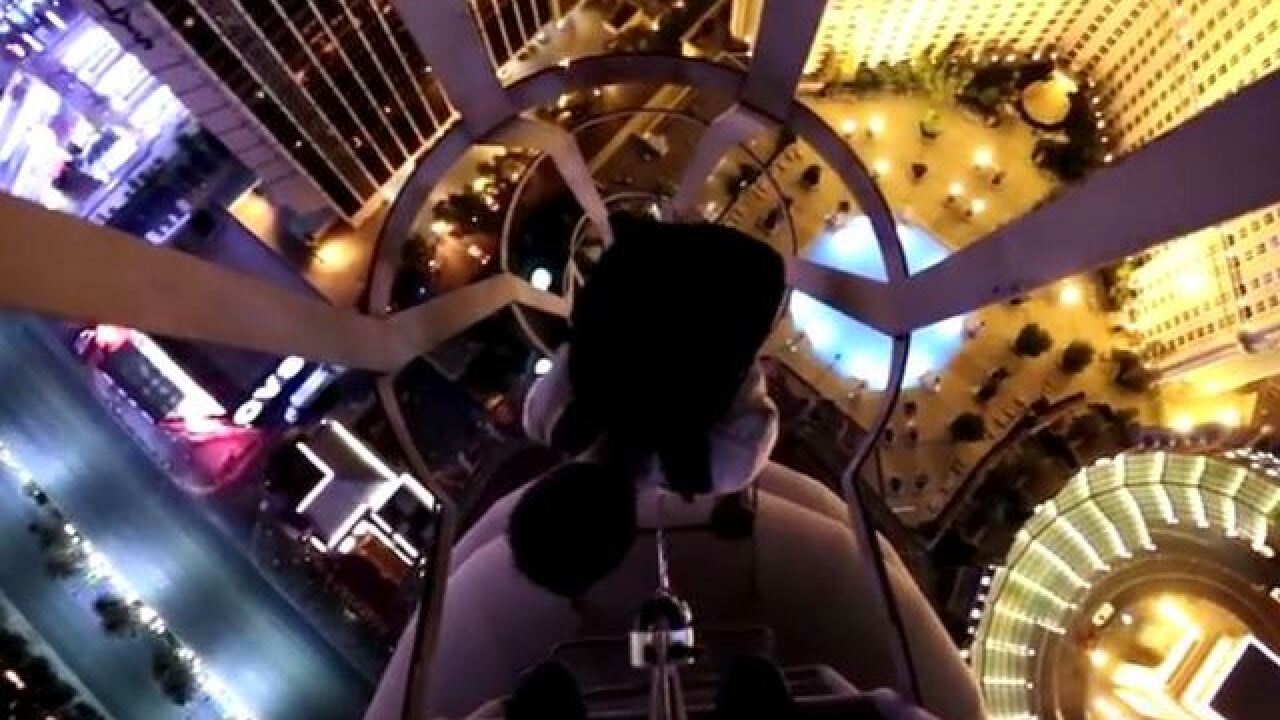 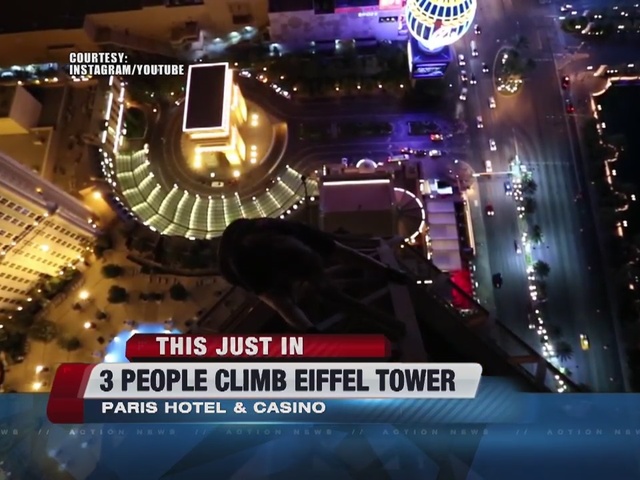 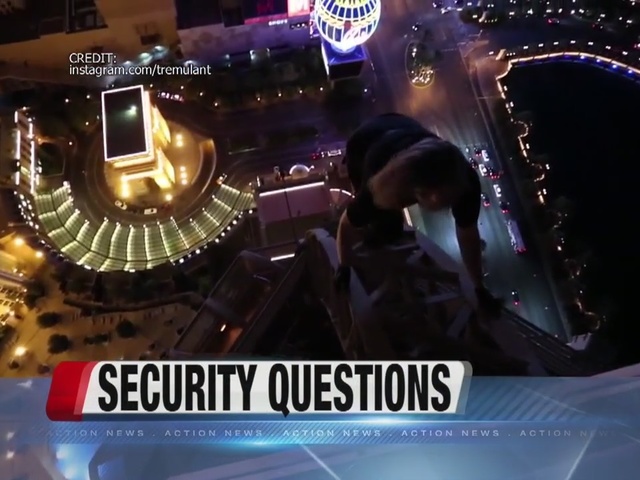 We got ahold of some video that shows 3 people climbing the Eiffel Tower at the Paris Las Vegas.
In the video, the 3 are seen climbing the stairs and even picking a lock before making it to the very top.
The video was posted to YouTube under the user As Above So Below . The video also starts with a warning telling viewers not to attempt the climb because the actions seen are dangerous and illegal.
According to the Instagram account listed with the post, the daredevils also climbed the Wynn Las Vegas.

Are they thrill-seekers trying to get attention or just some guys trying to point out a huge hole in casino security?

No one, not police, not hotel security even knew about it until now.

The Las Vegas Metropolitan Police Department say the climbers did not appear to be a threat.

But 13 Action News asked our Crime and Safety Expert, retired LVMPD Lt. Randy Sutton: What if someone had bad intentions? Would the thousands of people who walk up and down the Strip every day be at risk?

Sutton says the video exposes a hole in the hotel’s security.

“This was just pointed out in a really dramatic way that there’s a problem,” Sutton says.

The sniper who gunned down 5 police officers in Dallas shot them from a building well above street level.

But Sutton tells 13 Action News someone with bad intentions, perched on a tower like the one at the Paris hotel-casino, could cause mass chaos and casualties.

“Tower shooters, as we have just seen in Dallas, can be devastating to the community and police. They can command a field of fire that is truly frightening,” Sutton says.

We forwarded the video to Caesars Entertainment.

Spokeswoman Jennifer Forkish says, "We do not condone trespassing and this dangerous stunt. We are working with authorities and thoroughly reviewing this incident."


WATCH THE VIDEO BELOW.
Copyright 2015 Scripps Media, Inc. All rights reserved. This material may not be published, broadcast, rewritten, or redistributed.