What do to when a shooting happens right near you. That’s the purpose of a brand-new simulator that’s being showcased at the annual “Shot Show” at the Sands Expo Center. Jeremy Chen reports. 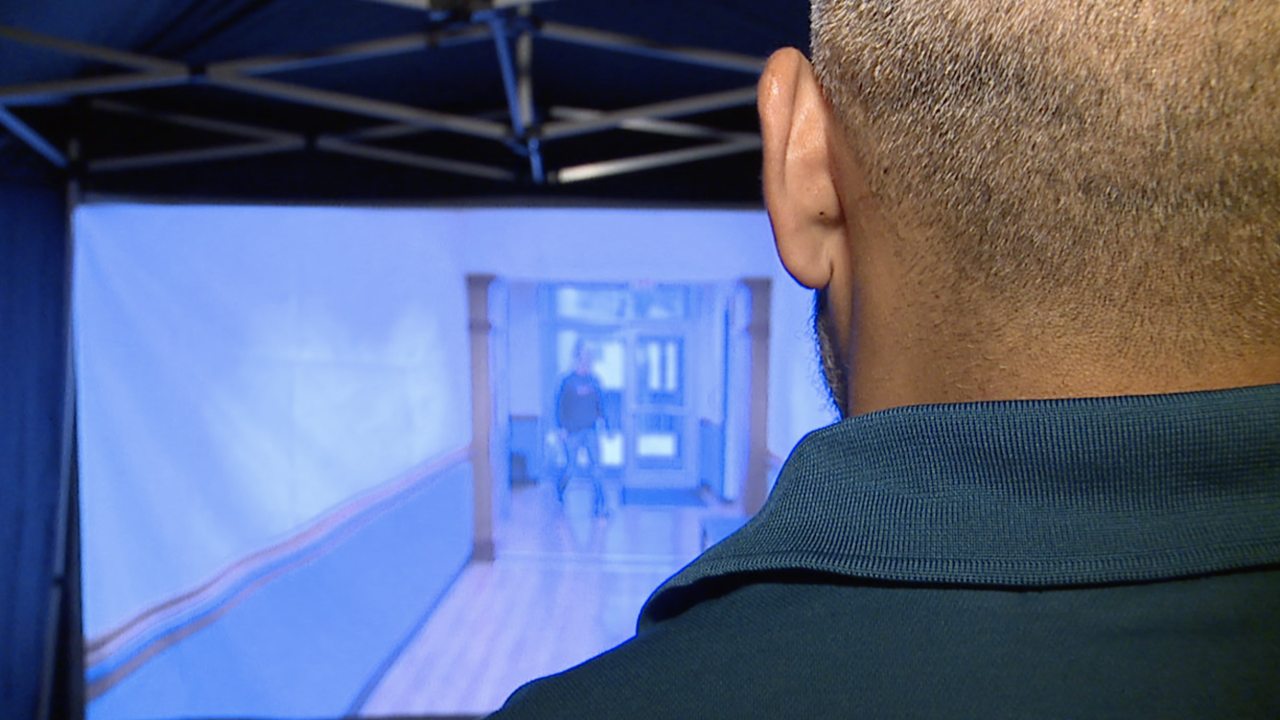 LAS VEGAS (KTNV) — What to do when a shooting happens right near you? That's the purpose of a brand-new simulator that's being showcased at the annual SHOT Show taking place in Las Vegas at the Sands Expo Center.

Thursday, a scenario was shown in the immersive simulator from Meggitt Training System. The simulation uses real weapons that have been converted to allow users to mimic the behavior of a real gun with live rounds, according to a spokesperson.

"One of the things an instructor can do is create a malfunction that they have to go through as a clearing drill - they have to load the weapon," Bruce Hessler from Meggitt Training Systems said.

The weapons used in the simulation include handguns, rifles, and even tasers.

Developers said the simulator is used by both law enforcement and civilians to gauge whether to escalate or de-escalate.

Developers said Tuesday's Fashion Show Mall shooting has created more awareness of what one needs to do in a similar situation, and the simulation shows people how they can take action.

Ultimately, it's all about education, and a company spokesperson says that's the aim of the simulator, whether it's authorities or a conceal-carry civilian.

"It will build their confidence and they'll be able to understand the format of the law from a classroom to applying it in a real situation," Hessler said.