A viral video shows a man spitting three times into iced tea. He then puts it back on the shelf and walks away. The video now raising safety concerns. 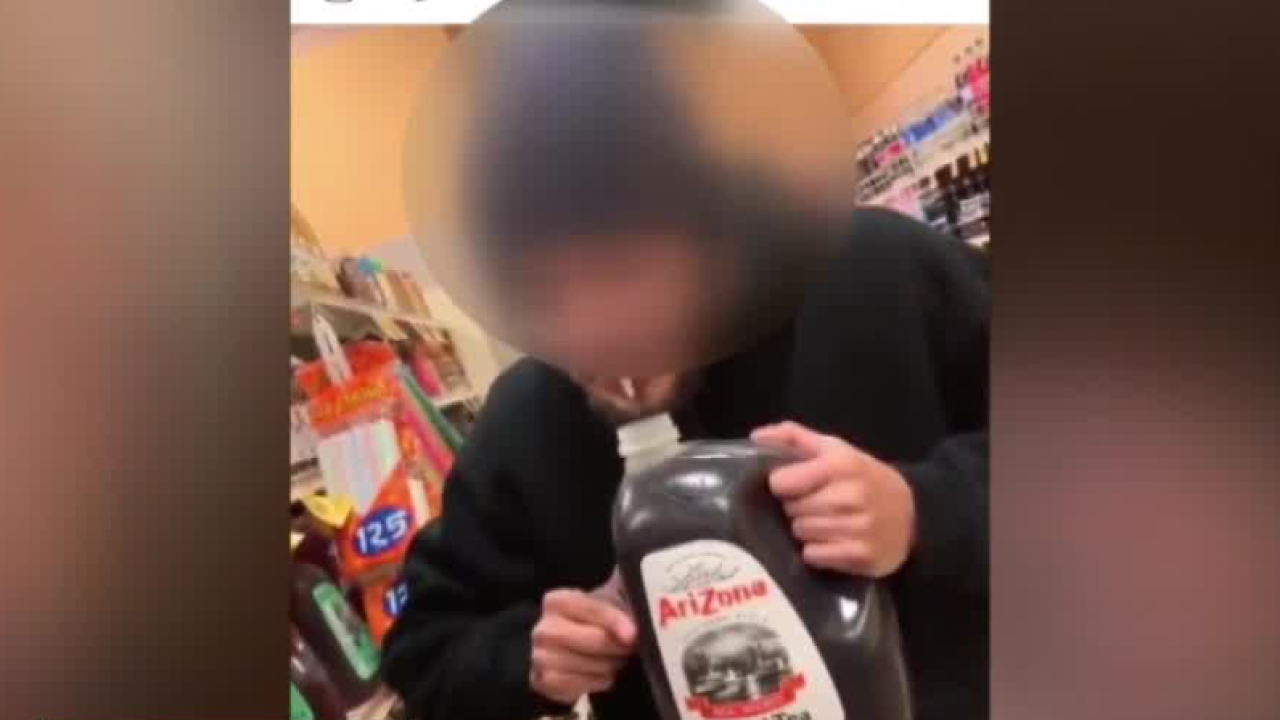 LAS VEGAS (KTNV) — A viral video shows a man dropping three loogies in an Arizona Sweet Tea jug, puts it back on the shelf and then walks away.

It's unknown who the person in the video is and where it was taken.

13 Action News showed that video to several people in Las Vegas. They say it is “flat out gross.”

Some questioned the man’s behavior.

"Come on now! How old are we?" and "Who thinks to do those things?" were among the reactions.

A family in downtown Las Vegas says the trend is disrespectful to everyone.

"That just shows a total lack of respect in our country. Kids are doing things [to get] some social media attention."

One parent says kids are going to the extreme to get more likes and views on social media.

The Food and Drug Administration says it's rare for deliberate food tampering to cause a major disease outbreak but encourages people to shop with an extra ounce of caution.

The FDA shared some tips to help you detect tampered food at the store:

If you’re someone who is always on the go, you can follow these tips at home to identify damaged food.

If you suspect that food is tampered click here for more guidance.