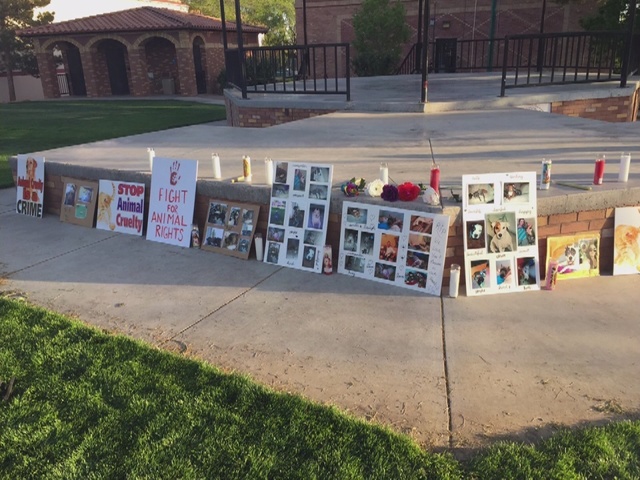 After pets were allegedly killed by Mary Jo Frazier. 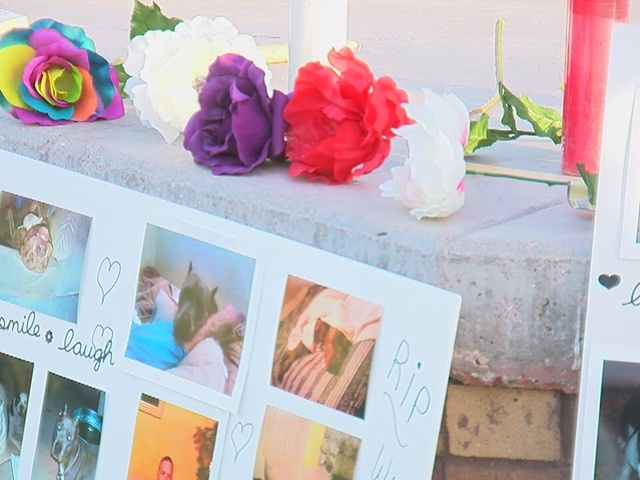 A candlelight vigil was held Wednesday night to honor the dozens of pets alleged to have been unnecessarily killed by the former Boulder City Animal Control Supervisor Mary Jo Frazier.

13 Action News learned a couple weeks ago that Frazier was indicted on two felony counts of animal cruelty. But if you ask around the Boulder City community, most will tell you, there should be hundreds of more charges.
Frazier is out on bail after being arrested last week.
"All these pictures are all pets that have been neglected by her in some way," said Mona Angelone.
Angelone says two of her dogs were killed by Frazier back in 2013. She says, in both instances, her dogs were in dog fights. Animal Control came to the scene and both times, Angelone says her dogs were killed by Frazier.
"They chased the dog through the desert and shot at him about 15 times until they killed him," she said.
A few months later, Angelone says her other dog was killed by Frazier.
"They got the lasso out," she said. "They hung him over my back fence and dragged his lifeless body across my driveway in front of me and my daughter."
Wednesday night was filled with more stories like Angelone's. In order to come together as animal lovers, they lit candles and said prayers.
"Thank God we are not alone," said Angelone. "Maybe justice can finally be served. Maybe we can do something about this."
Many of the alleged victims are working on civil lawsuits in case they never succeed at getting more criminal charges filed against Frazier.

The investigation started last April when pet owners accused her of neglect that ultimately led to the death of the animals.

After Frazier retired and moved to Oregon, the Boulder City police chief decided to close the investigation since she was no longer in power. But in December, prosecutors asked the district attorney to charge Frazier with animal cruelty.

Detectives say records show that since 2006, Frazier euthanized almost half the animals that came into the shelter.

Frazier has a trial scheduled for Sept. 12 in Las Vegas.