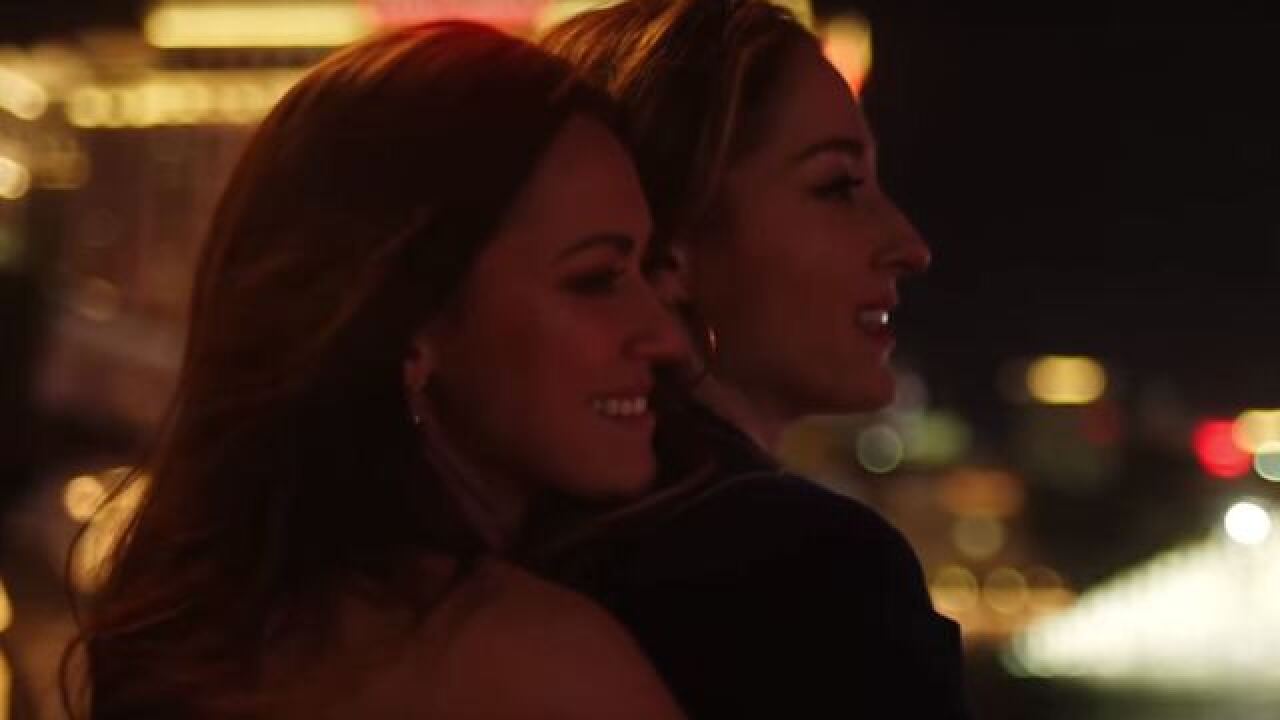 Copyright 2018 Scripps Media, Inc. All rights reserved. This material may not be published, broadcast, rewritten, or redistributed.
Visit Las Vegas/YouTube

It's a different take on the "What Happens in Las Vegas" campaign but a heartwarming new video featuring a same-sex couple falling in love is making its rounds on social media.

"Now & Then," which has over a million views on YouTube, features two women who met and fell in love in Las Vegas before one of the women suggests they get married.

One of the women says her parents would never forgive her. But then the 3-minute video shows the story of the couple's relationship, culminating in a wedding with a special surprise. Watch below.

It's part of the newly unveiled "Only Vegas Moments" campaign, which states how Las Vegas is a place where "you truly experience life on your own terms, free from judgment, responsibility, and the need to fit into any role other than the one you choose."

“The introduction of ‘Only Vegas Moments’ celebrates the long-standing promise of adult freedom in Las Vegas by embracing contemporary storylines that are relatable to a wide range of potential visitors,” said Cathy Tull, chief marketing officer for the Las Vegas Convention and Visitors Authority in a statement. “Through authentic and empowering experiences, the new stories highlight Las Vegas as a destination where being whomever you want is not just allowed, but encouraged.”

In addition to "Now & Then," there are three other videos. "Party of One" focuses on a working mom who gets an opportunity to do something just for her in Las Vegas while "The Anniversary" looks at a couple rekindling their relationship. "The Meetup" features a business traveler who transforms himself while in Las Vegas.

While the ads appear to go in a different direction than other "What Happens in Vegas, Stays in Vegas" ads, it's actually much of the same, just updated, according to the CEO of R&R Partners, the agency behind the ad.

“Adult freedom, choice and empowerment has always been the essence of the brand, and this series of spots is making that timely and contextual to social and cultural trends,” Billy Vassiliadis said in a statement. “We’ve been listening to our visitors and would-be visitors, and the growing sentiment is the idea of a socially contemporary and relevant Las Vegas.”

The "Now & Then" video also touches upon Las Vegas being a wedding destination for all kinds of couples. Clark County celebrated its 10,000th same-sex marriage license in January 2017 with the first licenses issued starting on Oct. 9, 2014. Las Vegas also hosted a convention in April focused on LGBTQ representation.

“Las Vegas’ release of ‘Only Vegas Moments’ is a cutting edge approach to create culturally relevant global tourism,” said John Tanzella, president and CEO of the International Gay & Lesbian Travel Association in a statement. “Now & Then is a perfect example of the inclusive environment that awaits all travelers in the destination.”