Former Vice President Joe Biden met with dozens of supporters in Chinatown Tuesday in Las Vegas to discuss immigration and other issues just days ahead of the Nevada Caucus. 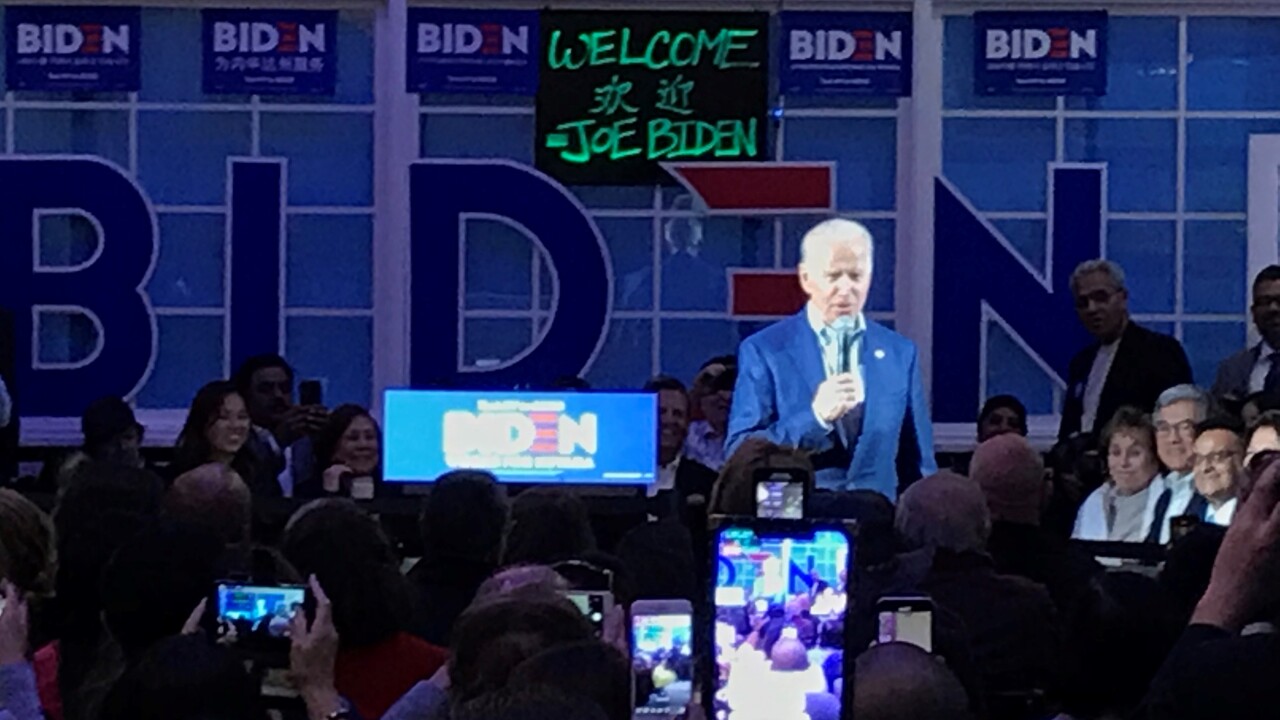 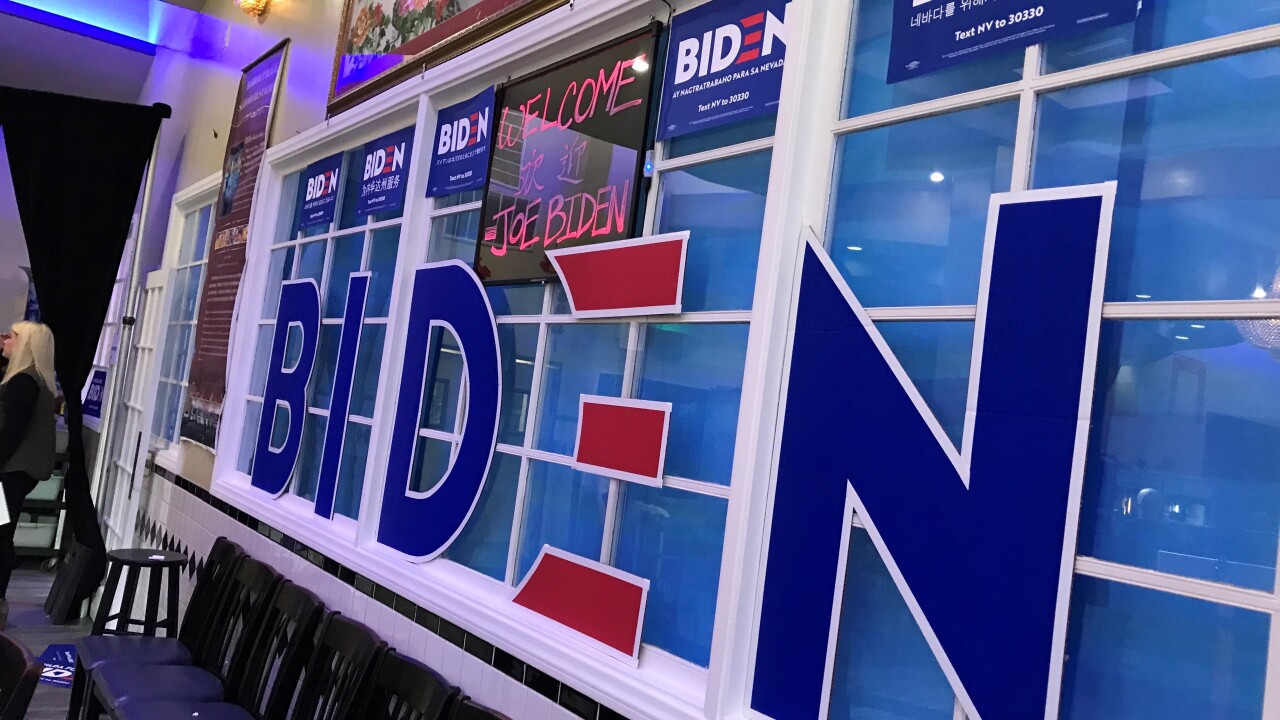 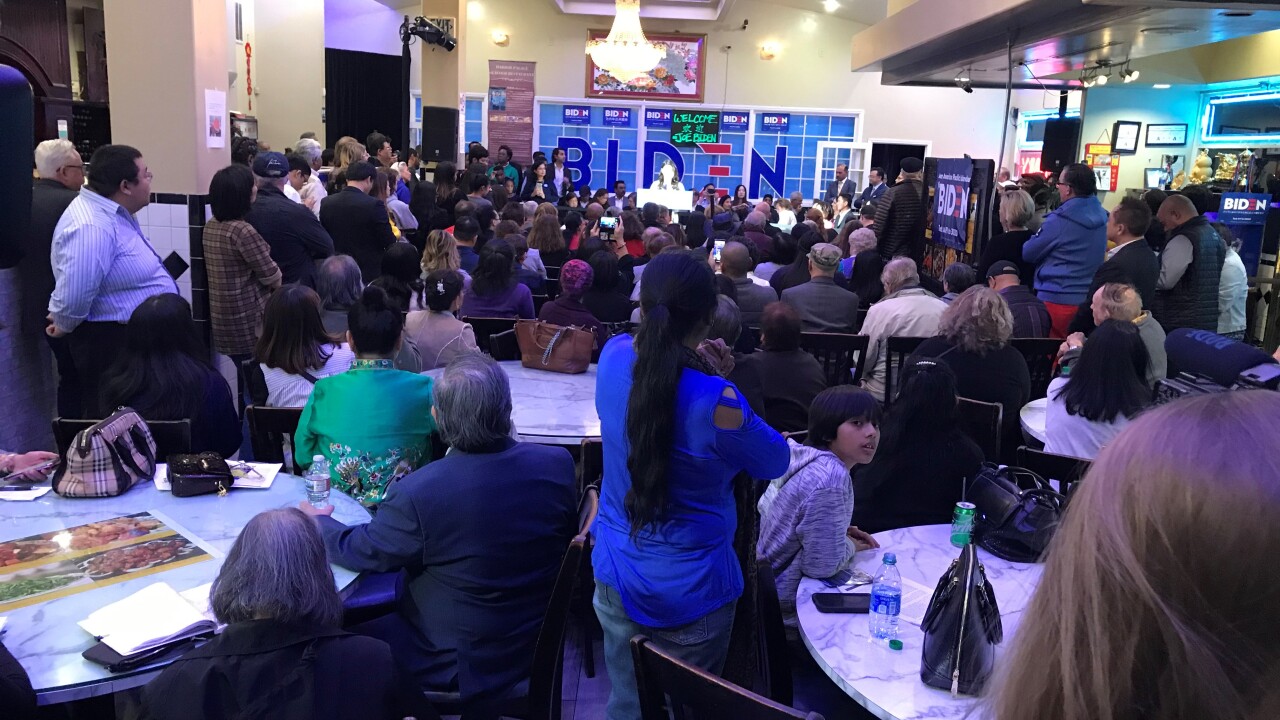 LAS VEGAS (KTNV) — Former Vice President Joe Biden met with dozens of supporters in Chinatown Tuesday in Las Vegas to discuss immigration and other issues just days ahead of the Nevada Caucus.

Biden spoke to a room filled with people at Harbor Palace Seafood Restaurant and underscored the importance of immigration to the United States.

13 Action News asked Biden about healthcare and his immediate plans if he were elected to the White House.

“I’m going to build on Obamacare, I’m going to restore all the cuts that were made, add to it a public option, Medicare if you want it," said Biden.

"You could keep your insurance if you want it, this is presumptuous for the government to say this is a plan, you must have," he added.

Other candidates participated in a CNN town hall in Las Vegas also speaking about healthcare plans.

“Right now, as a result of the greed and corruption, price-fixing and collusion of the pharmaceutical industry, people by die in America," said Senator Bernie Sanders.

"People can’t afford the medicine they desperately need," he added.

Sanders' plan which he refers to "Medicare for all" has received criticism.

“This is where I part ways with my friend Senator Sanders," said Mayor Pete Buttigieg.

"He believes that we should require everybody to adopt that plan whether they want to or not, when actually there’s a lot of folks here Nevada, for example, culinary workers come to mind, who negotiated for good private plans, often traded wages as part of that, who are we to say for them to give it up," said Buttigieg.

The Democratic presidential candidates who qualified for the next debate will take the stage in Nevada on Wednesday.

The Nevada presidential caucus is set for Saturday.