A love story decades in the making 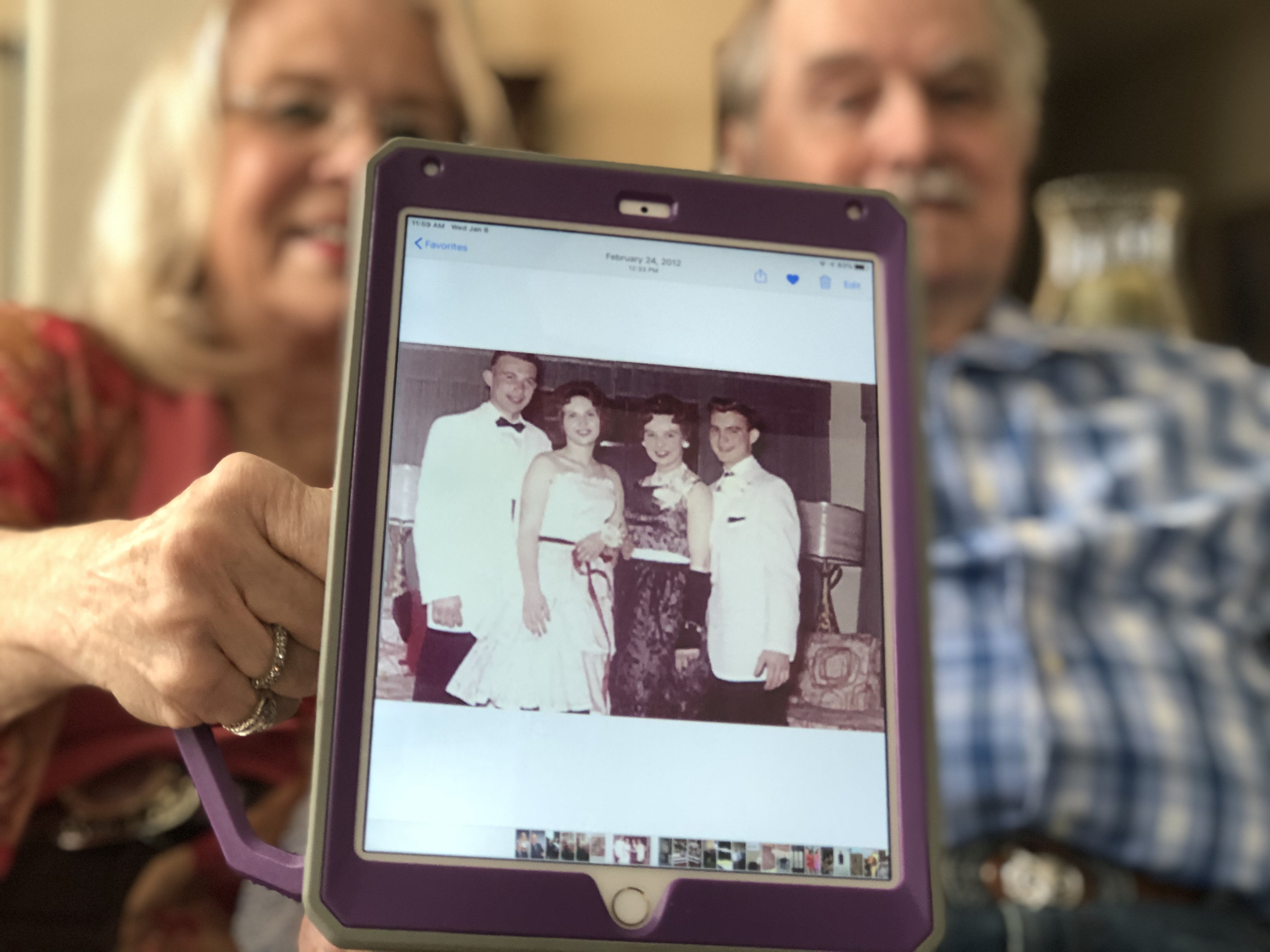 The two were high school sweethearts then lost touch when she moved and he joined the military. Then, they reconnected decades later.

LAS VEGAS (KTNV) — It was New Year's Eve in 1959. A new year meant new romance for Sherry Vojtaszek and Dan Bradford. They met at a party where Dan was playing the guitar and say there was an instant connection. They then “went steady” their senior year of high school.

When they graduated, Dan joined the Navy and Sherry’s family moved away. They tried to make it work, but ultimately went their separate ways. They each got married to different people and started families of their own. Dan spent 4 years in the Navy and 4 years in the Air Force as a forecaster, where he helped forecast missile targets during Vietnam.

“He said 'Dan Bradford,' well I was very lucky there was a chair behind me because I went thump down into the chair,” remembers Sherry.

He had been divorced and her husband had passed away, so he took a chance. The two reconnected and realized there was still a spark. Back together in the early 2000s, Sherry then made a discovery. She found papers Dan had written about his time in the military.

“I’d felt like I’d looked into this man’s soul,” she said.

She had been an English teacher in her career so with her editing help, she encouraged him to enter the writings in a contest. He won and his first book was published. Since then, he’s written 13 books, from children’s books to westerns. He said writing has become a form of therapy for him.

“It’s like talking to somebody, but you don’t have to worry about what they think about what you’ve just said,” Dan said. “That’s the therapy part, it’s the thoughts that are so deep that I don’t ponder over them, they just come out.”

He said Sherry’s encouragement is the reason he’s found this form of therapy. The two sit together in their Southern Nevada home, holding hands. Looking at them, it’s clear that some things in life are worth the wait.

“For us to have found each other now is even better because we’re at a point where we can really appreciate what we have,” said Sherry.