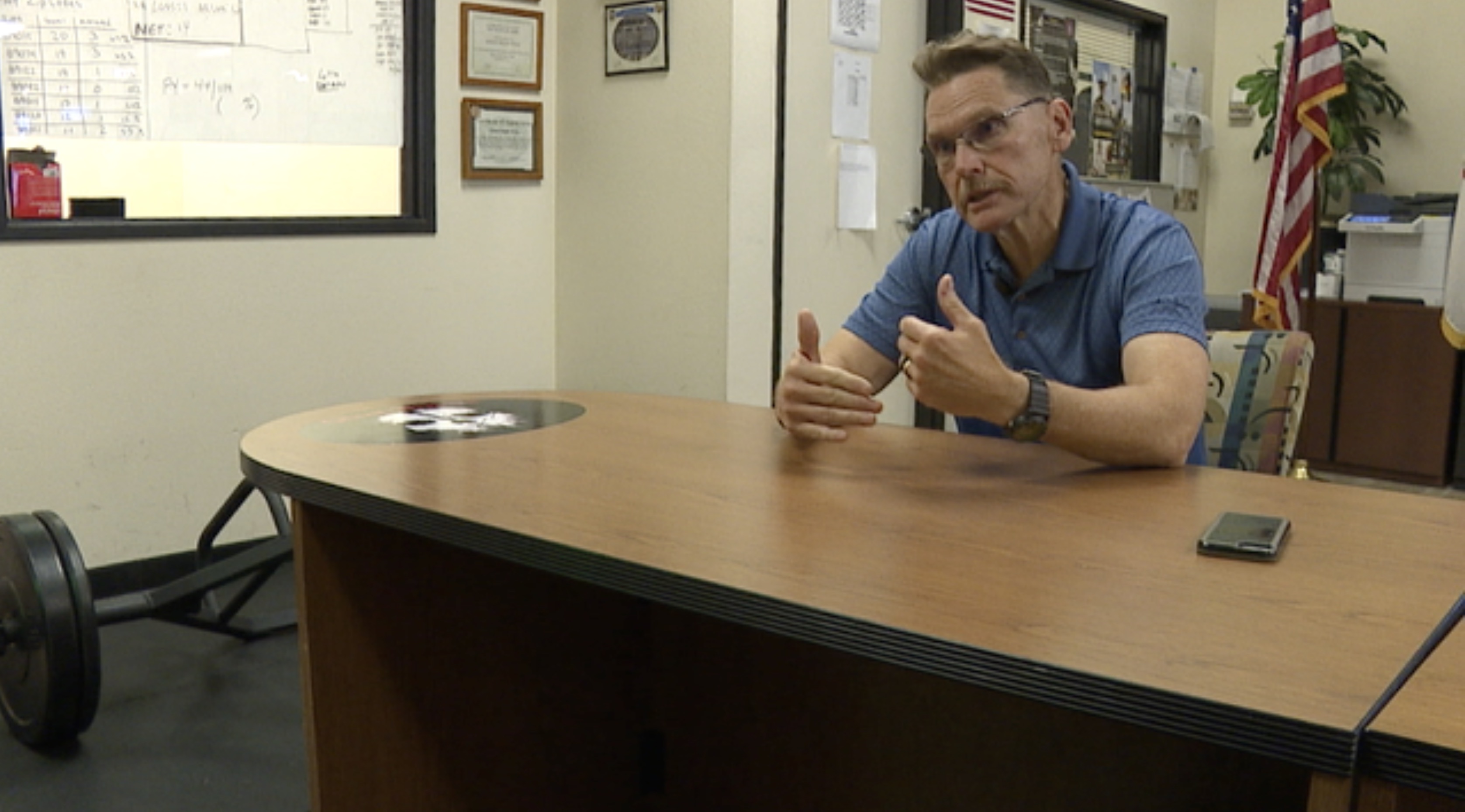 Monte Gould is re-joining the Army after already having served in both the Marines and Army.

This isn’t the beginning of his military journey. Gould joined the Marines in 1978, then got out in 1981 and started a long career in various law enforcement positions. He ended up re-enlisting in the early 90s, this time joining the Army. In total, he’s put in almost 18 years, and now wants to make it to 20. If you make it to 20 years, you get benefits and pride for life. For Gould, re-joining will also bring him closer to his son, who is currently in a Las Vegas unit.

It wasn’t easy to get back in though. Gould and his recruiter David Carroll had to overcome an uphill battle. There were certain regulations that had different messages, making it unclear if Gould would be allowed back in. They ending up finding a catch and arguing their case to the highest levels in the Army.

“If you are between certain ages, I believe it was between 56 and 59, you can join the select reserves to be able to retire at 20 years before the age of 62,” said Carroll.

Now, Gould is getting back into the Army to round out his 20 years, but he has one final surprise to overcome before he can finish his goal.

“And right before I’m getting ready to sign the contract, the guy looks at me and says by the way you have to go back to basic training, I said dude I’m 59. I’ve been through basic training. I was in the Marine Corps, what are we doing here?” said Gould.

He’s going to basic training this June in South Carolina, then will be able to hit that 20-year mark in 2023. Despite the obstacles, Gould said he never lost sight of his goal.