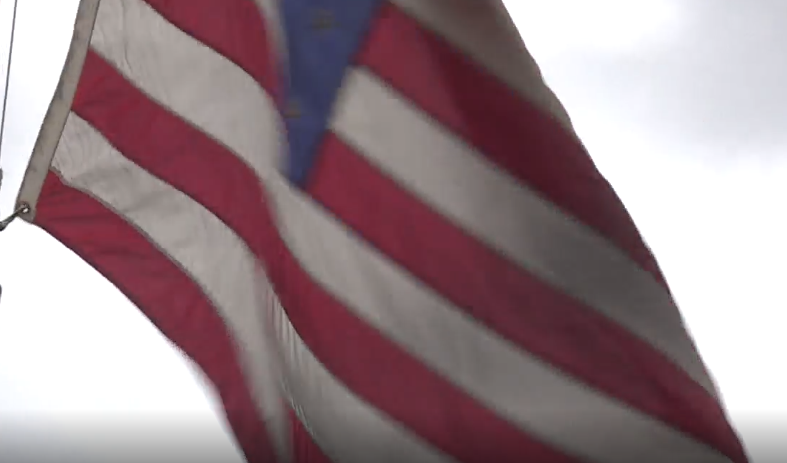 The Highland Glen Homeowners Association issued a "courtesy letter" to Vietnam veteran Ted DeYoung telling him a flag pole in his front yard was in violation of the HOA contract policies.

LAS VEGAS (KTNV) — A Vietnam War veteran says he is resisting his community homeowners association about a flag pole being in violation in his front yard.

Ted Deyoung's said the flag in his front yard has been there for nearly two decades, so instead of taking the pole down, he decided to fight back.

"It really hurt me," DeYoung said, "I want to see them try to take it down."

DeYoung told 13 Action News that his HOA sent him a courtesy letter that his flag pole in the front yard was in violation of the community rules and regulations.

However, Deyoung said he flies the flag for everyone who has pledged to protect it and those who couldn't come home as he demanded to go to Vietnam while in the military and was awarded a bronze star for his actions.

"It means a lot to me," he said. "I mean, choking up a bit now thinking about the flag."

Deyoung said he believes the courtesy letter was sent in retaliation for several complaints he filed with the HOA in the last month and a half about their dirty-tattered flag flying at the entrance to the housing complex.

"It's totally retaliation," Stubbs said. "You cannot, as a homeowners association restrict the flying of the Nevada or U.S. flag."

"I know a lot of attorneys that would be glad to step in and help veterans pro-bono," Stubbs said.

With Stubb's help, Highland Glen HOA backed off sending DeYoung and sent an email that read he was no longer in violation.

"I think they found out that they can't bully me anymore," DeYoung said.

13 Action News also reached out to the HOA management by email but didn't immediately receive a response.