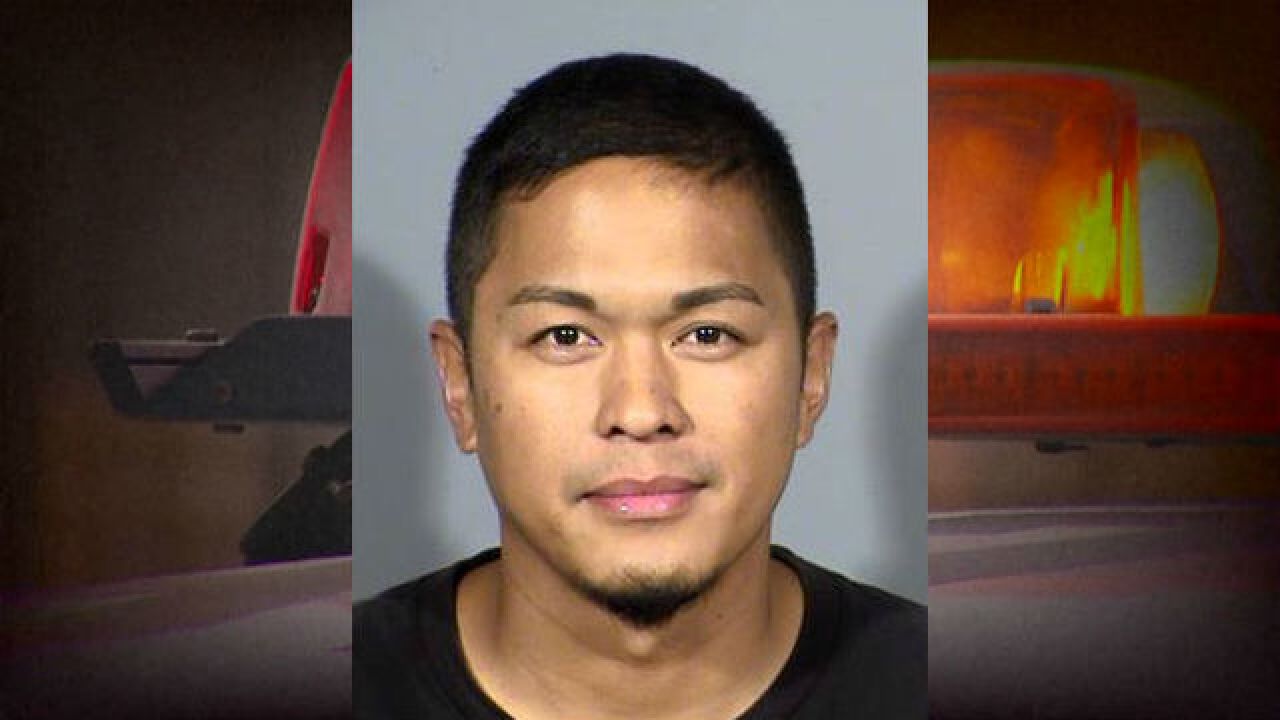 A man arrested last year by Nevada’s Department of Motor Vehicles for selling cars in the Las Vegas area without a Nevada dealership license has pleaded guilty to a related felony charge.

Russell Ricafort, 41, was arrested July 2, 2017, by DMV investigators and charged with 56 counts of unlicensed dealership activity, operating as an unlicensed salesman, forgery and conspiracy to commit forgery.

In a settlement reached with the Clark County District Attorney’s Office, Ricafort pleaded guilty to forgery and agreed to serve three to five years’ probation and pay restitution to the state.

Ricafort will be formally sentenced on Feb. 12 in Clark County District Court. The state is seeking restitution based on an outstanding administrative fine and dealer licensing and bond fees that Ricafort should have paid.

Ricafort worked as a dealership salesman until his license was denied by the Nevada DMV in 2009. Thereafter, he began acquiring vehicles at dealer wholesale auctions and selling them through Craigslist and on empty lot corners throughout Clark County. In many cases, he represented himself as the owner of a fictional dealership called Aloha Auto Sales.

In 2015, Ricafort received a cease and desist order from DMV’s Compliance Enforcement Division, but continued selling vehicles to unsuspecting consumers, purporting to be the owner of Aloha Auto Sales. The DMV also blocked the registering and titling of the vehicles he sold.

All of the affected motorists were able eventually to register and title their vehicles after paying the appropriate sales taxes and fees as the DMV continued its investigation.

In one of the cases, a DMV undercover purchase netted two additional arrests. Oscar Rodriguez, 57, the owner of OS’CARS Auto Sales, a licensed dealership, and Drago Zlatar, 66, an employee of OS’CARS, allegedly conspired to forge DMV documents to make it appear OS’CARS had sold one of Ricafort’s vehicles.

Rodriguez and Zlatar were arrested on June 19, 2017, and charged with forgery and conspiracy to commit forgery. Their cases are expected to be settled next year. OS’CARS has paid an $800 administrative fine to the DMV.

Under Nevada law, anyone who sells more than three personally-owned vehicles per year must obtain a dealer license from the Department of Motor Vehicles, which protects consumers through background checks, surety bonds, and local business licensing.  Licensed dealers are required to perform vehicle inspections and emissions testing prior to selling a vehicle to consumers. They also collect and remit sales tax to the state of Nevada.

Consumer can go on the DMV website to make sure that a dealer is properly licensed.  Motorists can also file a complaint with the Compliance Enforcement Division for any illegal vehicle sales.