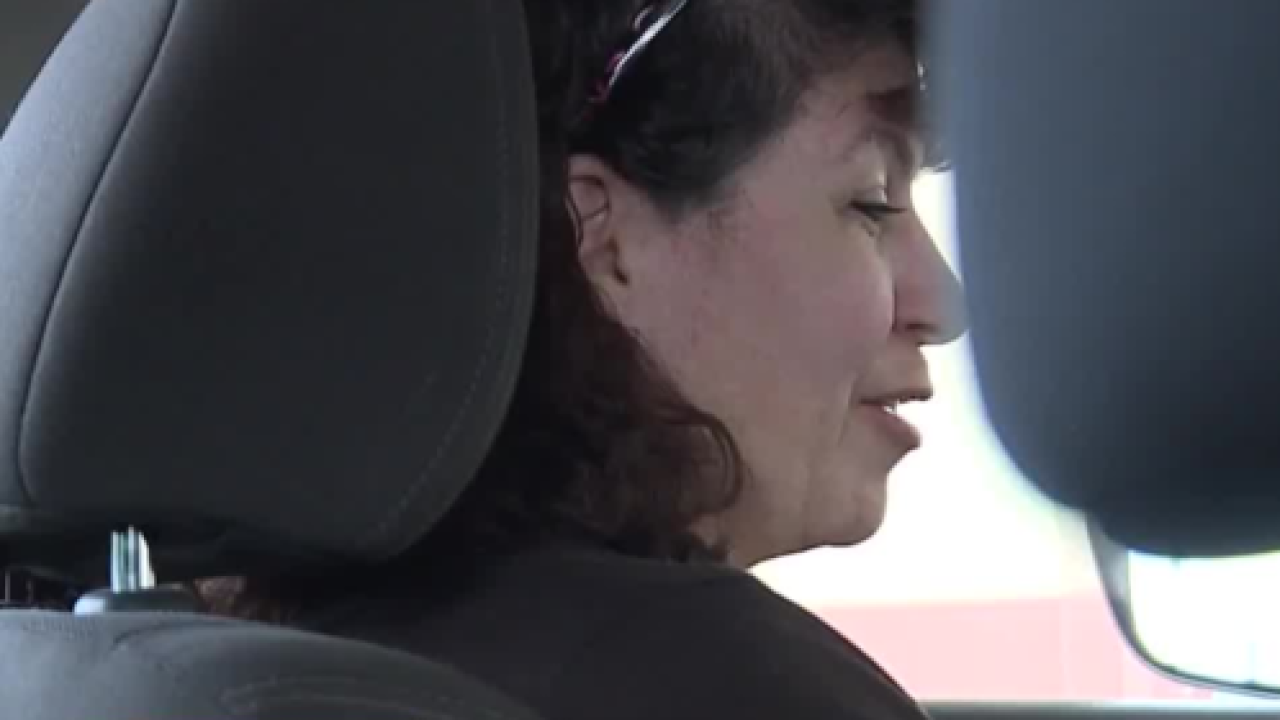 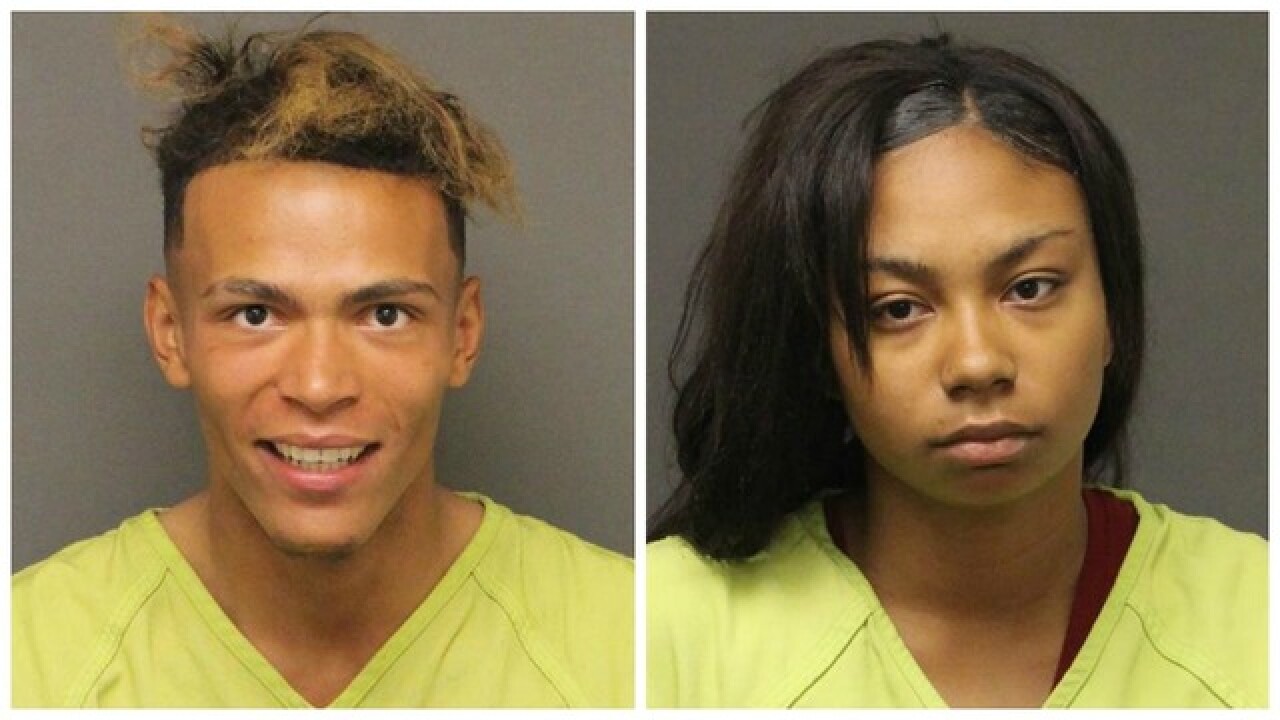 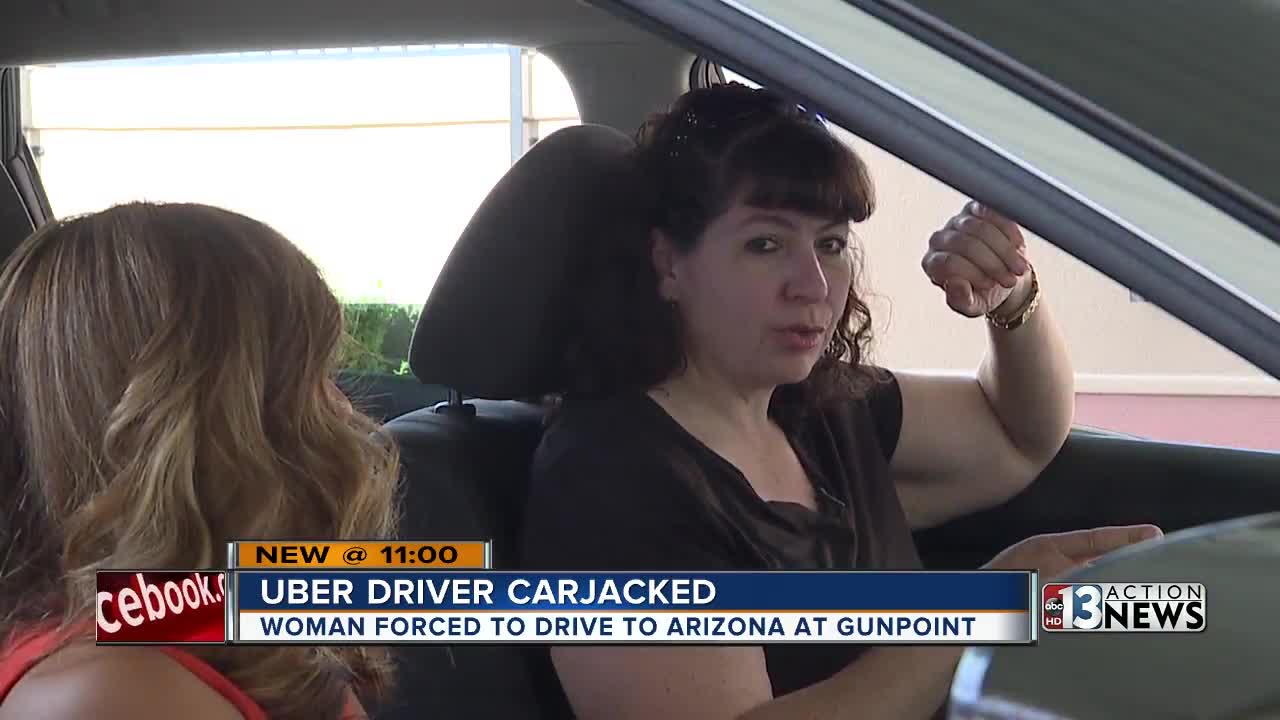 UPDATE MAY 29: The Arizona Department of Public Safety released the booking photos for the man and woman accused of carjacking an Uber driver's vehicle.

The investigation of this case is ongoing.

An Uber driver says she was carjacked at gunpoint in North Las Vegas and ended in Kingman, Arizona. But she wasn't alone.

Donnelda Schuele says an innocent passenger was also caught in the middle of the ordeal that crossed state lines.

"At one point I was thinking, my poor passenger is really gonna die," she says.

Schuele's Saturday Uber pool ride almost turned deadly. She says she picked up a passenger through Uber pool -- a service where drivers can pick-up more than one unrelated customer. She then got another 'ping' to pick up a new customer near 5th Street and Lake Mead Boulevard. A man and a woman got into the backseat at that stop.

Not long after she started driving, Schuele says the man pulled out a gun.

Hopping on the freeway, they started to make their way down to Arizona.

"Before the Lake Mead exit, he shoots the gun in the car. He shot it through the floor of the car."

She says the man also pistol-whipped the other male passenger sitting in the front seat of the car.

"He had hit him on the head with the gun and cracked him really good at the back of his skull."

The man with the gun kept on telling her to drive towards the mountains.

"He goes, that's where I'm going to be dumping you guys."

She says the man shot the gun out the window several times, hitting a commercial truck.

As they were passing by Hoover Dam, Schuele says the suspect ordered her and the other passenger to get out of the car. That's when they were able to get help.

Arizona troopers tell 13 Action News the carjackers continued driving south on State Route 93, leading them on a pursuit. Even though they ran over strip spikes, the alleged carjackers did not stop until they crashed into another vehicle. The man and woman tried to run away but troopers were able to catch them at that point.

It was the end of a nightmare for Schuele and her passenger.

"Thank god for my blessings and that I was able to keep a cool head."

An Uber spokesperson says it is investigating the incident and will support police investigation in any way it can.