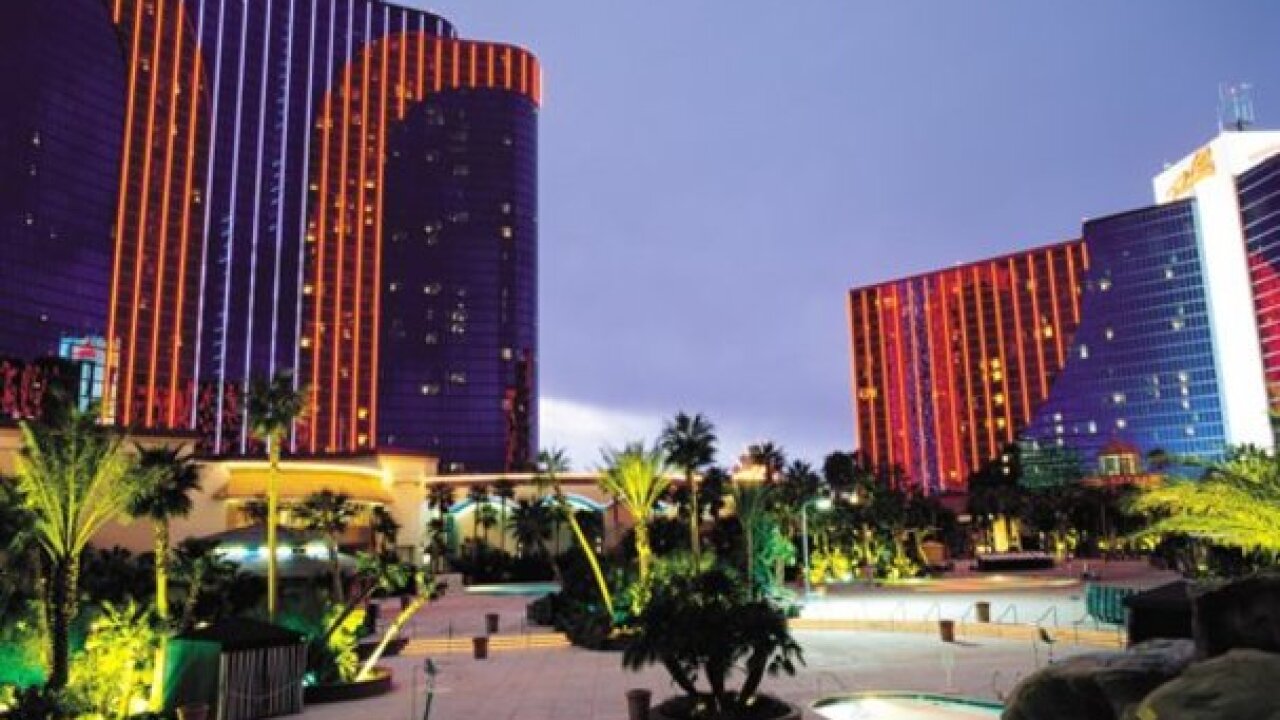 A pair of tweets by the closely-watched Vital Vegas Twitter account has set off a firestorm of speculation about the possibility of Major League Baseball coming to Las Vegas.

We'll up the ante on our Rio sale rumor with another juicy tidbit: As we've shared, could very well be a land play. New rumor suggests Rio could be demolished, site to be developed as (wait for it) Major League Baseball ballpark.

There's been a spike in investor interest in parcels around Rio. The speculation part: If an MLB ballpark plan is in the works, it's an "Aha" moment for why Stations has invested so much in Palms when it can't possibly recoup the investment—unless they know something we don't.

Vital Vegas, which is ran by Scott Roeben, also reported last month that Caesars Entertainment is hot to sell the off-Strip property and it appears the resort may be preparing for a sale by scaling back some of its offerings and laying off some of its employees.

Chatter out of Rio is room service for entire resort will soon end at 11:00 p.m. daily. Also hear a good portion of butler staff of Palazzo Villa suites to be laid off next week, dedicated kitchen to be shut down. We vote further indication of sale.

So far, Caesars Entertainment has not commented on possible sell of the Rio and no one has commented on the possibility of the hotel-casino being replaced by a baseball stadium.

Many people are also suggesting that it is insane to even think of such a thing happening.

However, Vital Vegas is more often right than wrong about such things although they are also known for stirring the pot.

It could be that the success of the Vegas Golden Knights and the fact that the Oakland Raiders will be here in a couple of years has made Las Vegas much more attractive to any MLB teams thinking about relocating.

The Rio opened its doors in 1990 and is one of the biggest off-Strip properties. It has more than 2,500 hotel rooms and is home to the annual World Series of Poker and headliners Penn & Teller.