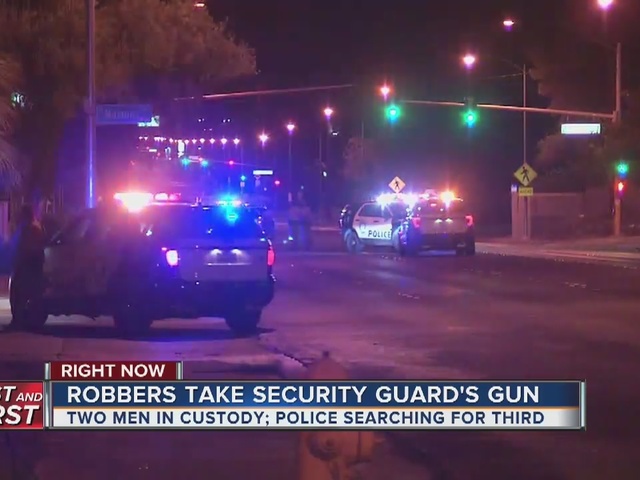 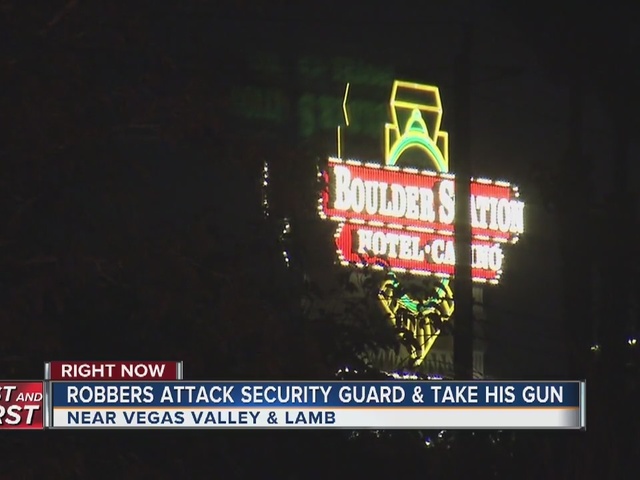 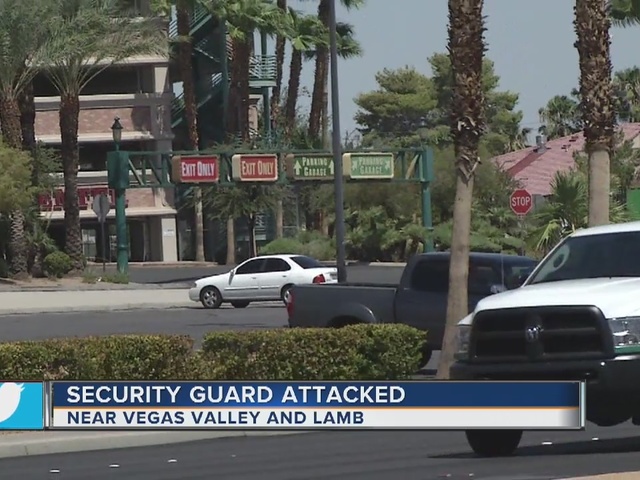 Police say three men attacked a security guard at Boulder Station around 2:30 a.m. Tuesday.
They stole his belt which carried his gun, mace, and baton.
The suspects ran to a nearby neighborhood. Police tracked down two of the attackers with the assistance of a helicopter and K9 units. They were taken into custody.

Police have a large scene set up. Three guys attacked a security guard. Two have been caught. @KTNV pic.twitter.com/WPHwVJtR2M

A third suspect is still outstanding, along with the victim's property.
The security guard was transported to the hospital with non-life threatening injuries.
Copyright 2016 Scripps Media, Inc. All rights reserved. This material may not be published, broadcast, rewritten, or redistributed.