Thousands turn out for county convention 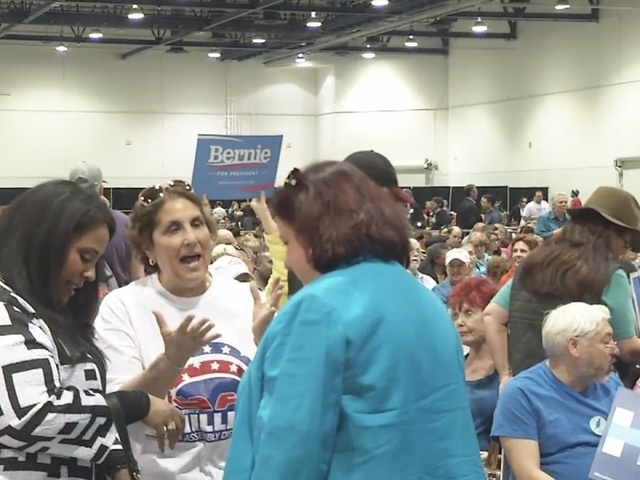 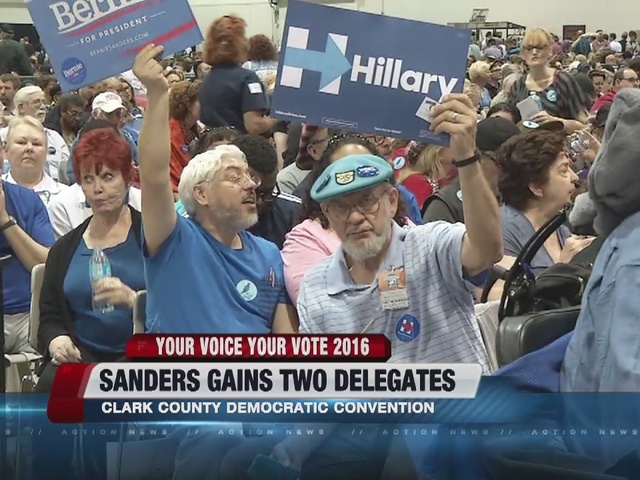 Thousands of Democrats packed the Cashman Center for the party's county convention -- the next step after February's presidential caucus in determining Nevada's 43 delegates to the national Democratic Convention in July.

Thousands are at the Cashman Center for the Clark County Democratic Convention. This is the line to get in. @KTNV pic.twitter.com/pBE9WWcUfk

Inside, Democrats listen to local political leaders and elect delegates to send to the state convention. @KTNV pic.twitter.com/MVd3cwfHUI

Although Clinton won the state's caucuses in February, the state Democratic Party only allocated 23 delegates tied to those results. The remaining 12 delegates will be determined proportionally based on the number of candidate supporters selected to attend the state convention in May, with eight so-called "super delegates" free to support whomever they choose.

Sanders supporters outnumbered Clinton delegates by around 600 on Saturday, which means they'll make up a larger percentage of Clark County's delegates attending the state convention in May, despite Clinton's February victory in the county.

Sanders climbed from 20-15 delegate deficit to a likely 18-17 deficit. But that won't be set in stone until the state convention next month.

Clinton also has a four-to-one Nevada superdelegate advantage over Sanders.

2,964 total delegates appeared for Sanders, and 2,386 came for Clinton on Saturday. The former Secretary of State won 4,889 total county delegates in February, but less than half that number appeared for the county convention allowing the Sanders campaign to take a majority of the delegates.

Sanders campaign is convinced that win at #ccdp2016 will change results from Feb, have Sanders win NV by 2-4 delegates

Loudest cheer of day is for suggestion to suspend rule requiring hour to realign delegates. Some people in line since 7 am #ccdp2016

Supporters of both campaigns waited in line for hours on Saturday in order to register as county convention delegates, with the results only announced several hours into the convention.

"It's an order of kind of silly steps, but at the end of the day it's what actually gets people elected," said delegate Thomas May.