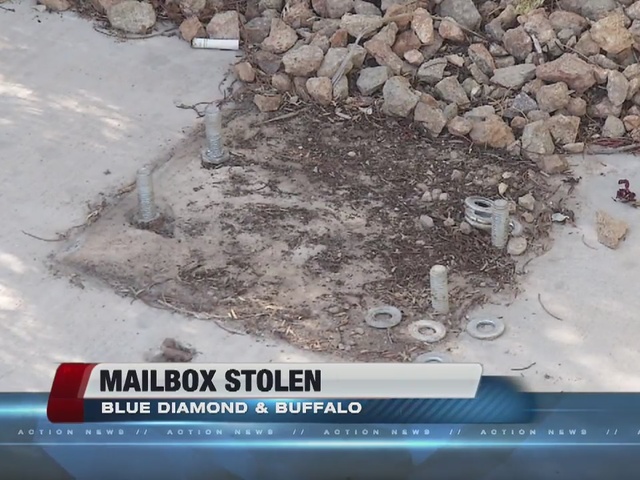 The entire mailbox for a neighborhood near Blue Diamond and Buffalo was stolen over the weekend. 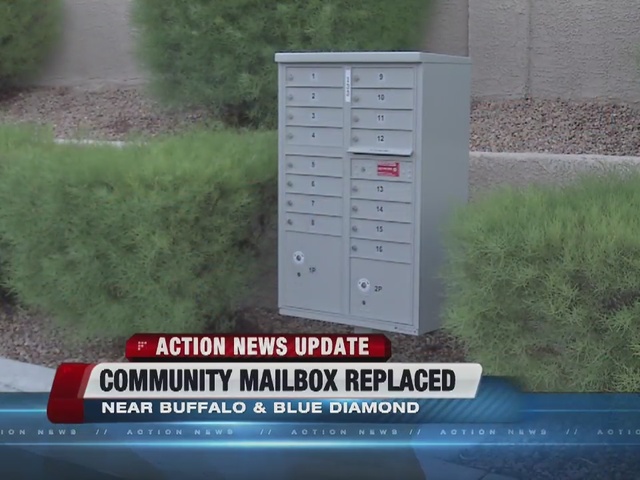 We often hear of crooks breaking into community mailboxes, but over the long weekend they went one step further and took off with the entire mailbox.

Several people living on Limestone Arch Avenue in Mountain's Edge are without mail service for a few days after thieves unbolted a 16 unit community mailbox over the Memorial Day weekend.

"I was kind of surprised to see that they took the whole mailbox," Russ Bowman said.

The agency said it is already in the process of replacing the stolen box, which should be completed by the end of the week.

For now, Bowman will have to pick up his mail at the local post office.

Other neighbors were not aware of the theft until 13 Action News arrived Tuesday.

They said there has been mail theft in the area in the past, but said the fact they stole the entire box was shocking.

"That is kind of amazing.  I'd never heard of it," Jesus Motta said.
Motta said the mailbox right outside his home was broken into last year, and all of the mail inside was taken.
The post office re-keyed the box at that time, but both Motta and Bowman are wondering if thieves will continue taking the entire box in the future, leading to bigger losses.
The post office says the postal inspector has also been notified of the crime.
The mailbox was replaced the next day.
Copyright 2015 Scripps Media, Inc. All rights reserved. This material may not be published, broadcast, rewritten, or redistributed.