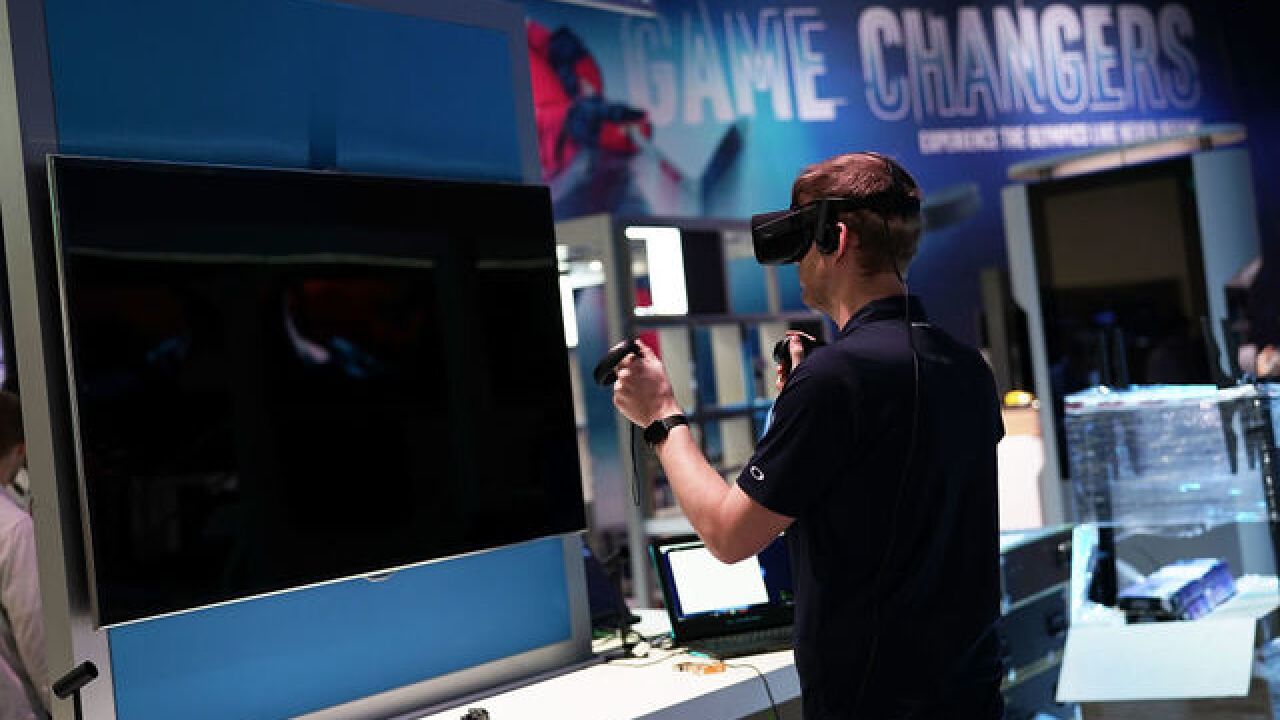 Copyright Getty Images
Alex Wong/Getty Images
<p>A member of a show crew sets up exhibition for the booth of Intel prior to the CES 2018 at the Las Vegas convention Center on January 6, 2018 in Las Vegas, Nevada. CES, the world's largest annual consumer technology trade show, runs from January 9-12 and features about 3,900 exhibitors showing off their latest products and services to more than 170,000 attendees.</p>

The Consumer Technology Association predicts that 2018 will be a record year for the tech industry.

According to the CTA's 2018 Consumer Tech Industry Forecast , retail revenue is expected to reach $351 billion. The report was unveiled at this year's CES in Las Vegas.

You can view how that number breaks down in the infographic below:

CTA representatives Steve Koening and Lesley Rohrbaugh also gave insight as to what audiences should expect in this year's CES:

5G speeds for mobile devices - Right now it takes about 6 minutes to download a 2-hour movie using 4G speeds (and about 26 hours on 3G speeds). With 5G, that same download would only take 3.6 seconds. The applications are endless, from supporting smarter self-driving vehicles to providing a truly wireless virtual reality experience.

Artificial intelligence - with improved machine learning, devices like Cortana and Amazon's Alexa could eventually become conversation partners, according to IBM's Director of Research Arvind Krishna. In the more immediate future, IBM's Research Manager for human-agent collaboration Rachel Bellamy says that an AI system may be able to "explain why it tells you to do what it's recommending."

Robots - Years ago, Honda made a splash with its humanoid robot ASIMO. They've since developed more mobile robots with a "3E Philosophy" in mind: Empower, Experience, and Empathy. In other words, the robots are designed to put the user above all else.

Virtual reality - We may see hardware improvements such as lighter headsets and more consumer-friendly prices. But more innovation will come from the creative sector now that video game developers and filmmakers have had practice telling stories through VR. Social media companies are also jumping on the VR train, with Facebook planning an interactive experience called "Facebook Spaces."

Sports innovation - From "smart arenas," to virtual reality viewing experiences for games, and an expansion of competitive video gaming, or esports, consumers can expect to see more technological integration with sports in the near future.