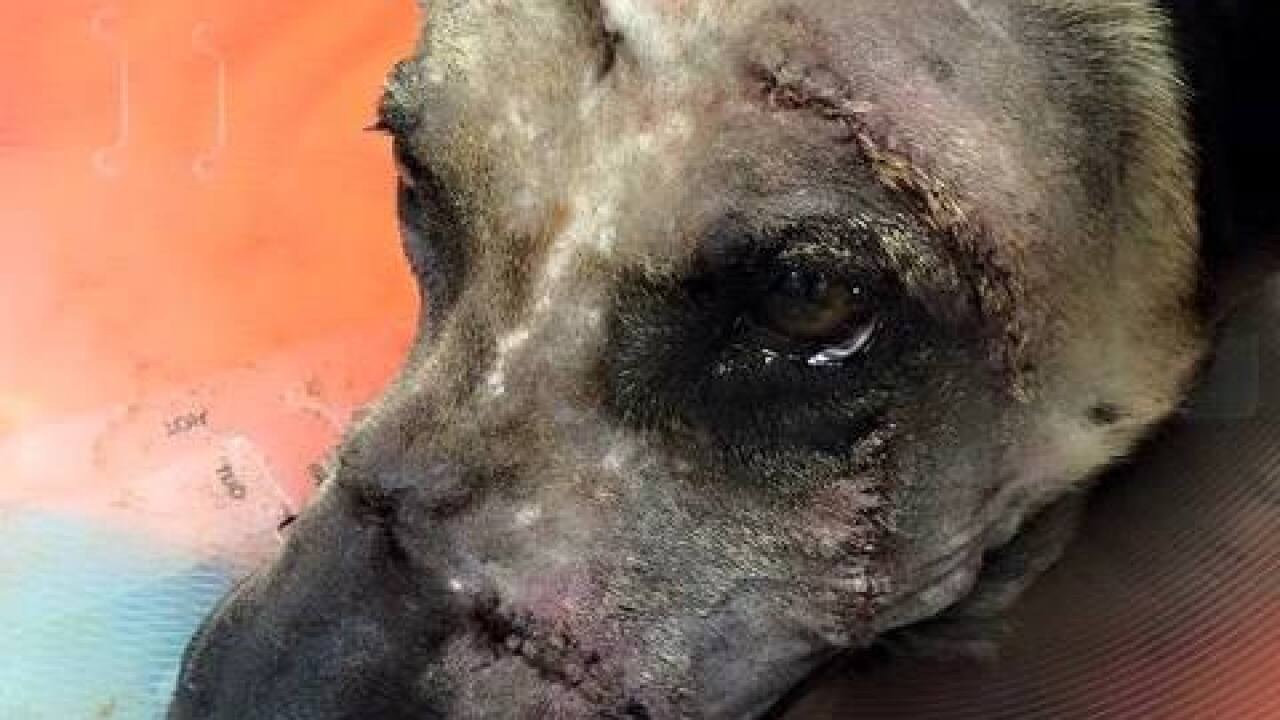 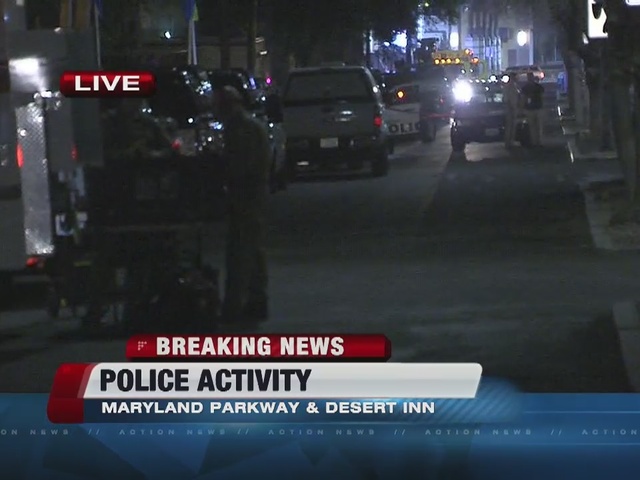 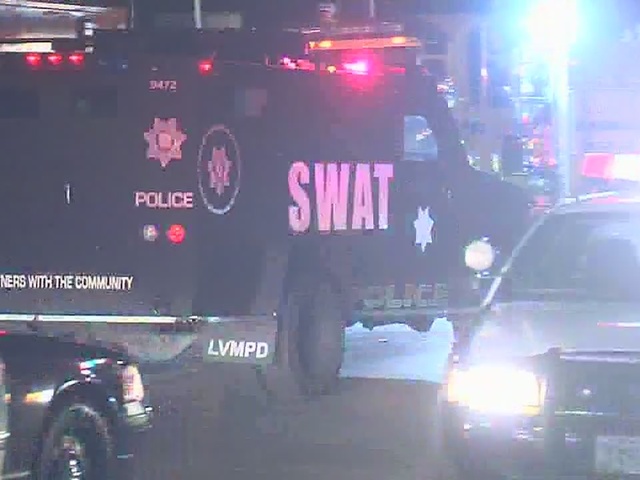 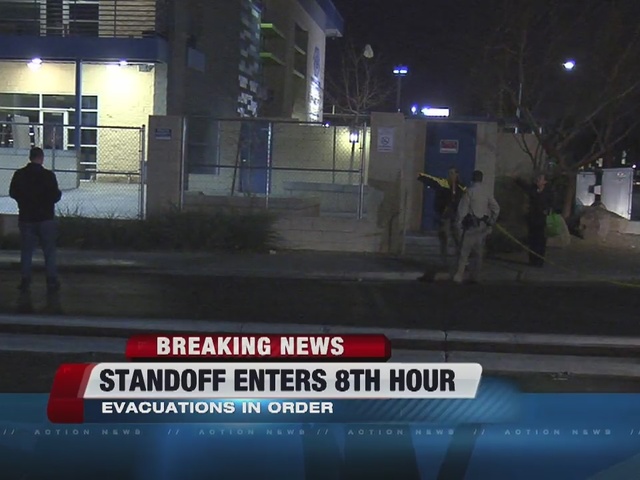 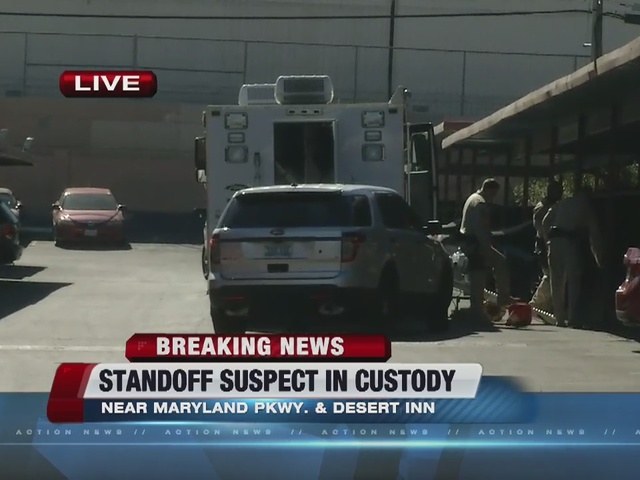 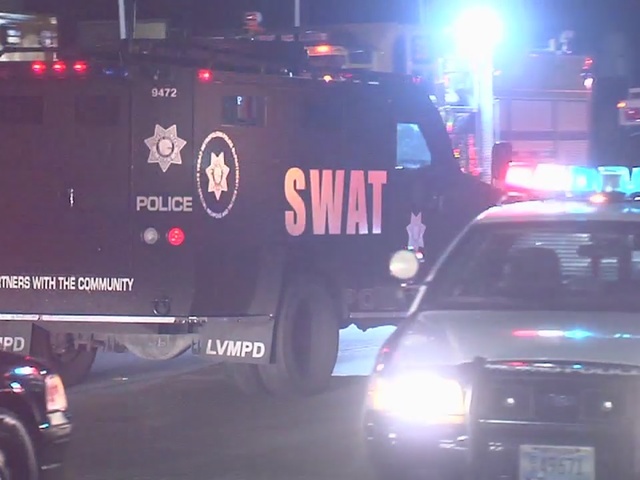 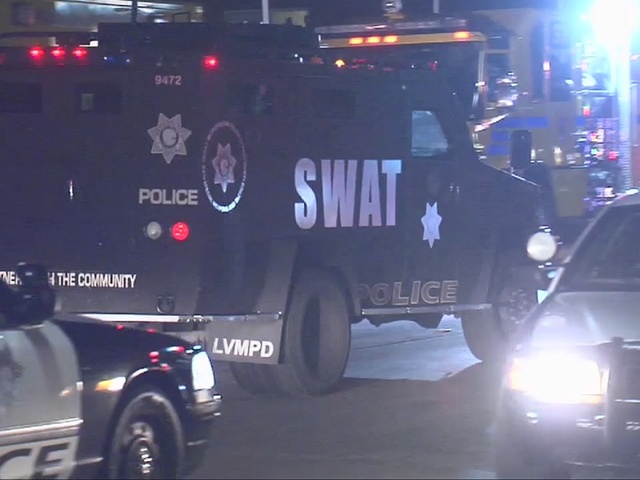 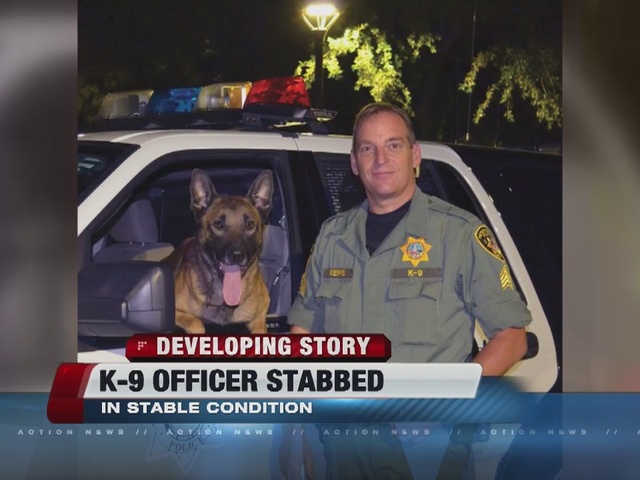 LATEST UPDATE: K-9 Nicky is back home after surgery, according to police Saturday.

Good news! #Nicky is back home and on the road to recovery. Thank you for all the well wishes! #LVMPDK9 #K9 pic.twitter.com/5JA28Oq4pq

UPDATE: The twelve-hour stand-off ended in a bloody mess. The suspect was taken down after the responding SWAT team unleashed their K-9's.

One K-9 did not make it out unscathed. "Nicky" was stabbed multiple times near the head.
Retired Metro officer Randy Sutton says K-9's are "trained to take the suspect down to the ground and hold them there."
But police say the suspect was bitten multiple times.
"The way the dog bites is if there is an aggressive movement," he says. "The dog just grabs ahold of him. The dog won't just chomp on him."
Sutton says most suspects surrender at the sight of a charging K-9.
"They see a police dog," he says. "It's a huge detterent and most people will surrender."
Nicky's handler spent the afternoon with the dog at the hospital where it underwent surgery all afternoon. Sutton says K-9's and their handlers form a human bond.
"They're partners," he says. "They count on each other literally for their very lives."
Sutton says there's no telling how long Nicky will be off the streets, but finding a substitute won't be cheap.

UPDATE: A police spokesperson says that one of their dogs was stabbed during the standoff this morning. The K-9 officer had to be rushed into surgery.

The information was given during a media briefing around 10 a.m. It was also revealed that the suspect was bitten several times.

The standoff ended shortly before 9 a.m. when the suspect was taken into custody.

UPDATE: The standoff was still underway as of 6 a.m. Friday. Negotiators are still talking to the person who is inside the apartment. Residents in the surrounding area are still not allowed in their homes. This is a developing story. Check back for updates.

#swat situation still going on. Some evacuees are waiting here outside the tape. @KTNV pic.twitter.com/b2HnPa4zk1

People waiting to go home still this morning. A few called work to say they won't be coming in @KTNV pic.twitter.com/4wLIcpnXHA

13 Action News was first on scene as SWAT vehicles arrived to a complex near Maryland Parkway and Desert Inn.

Several neighbors said they heard screams from an apartment on the first floor.

We're told a man was shouting "help me!"

That's when neighbors heard anywhere from two to four gunshots.

Action News has reached out to Las Vegas Metropolitan Police Department to get more information.