Cameras caught what appears to be the same duo ringing doorbells and stealing packages. 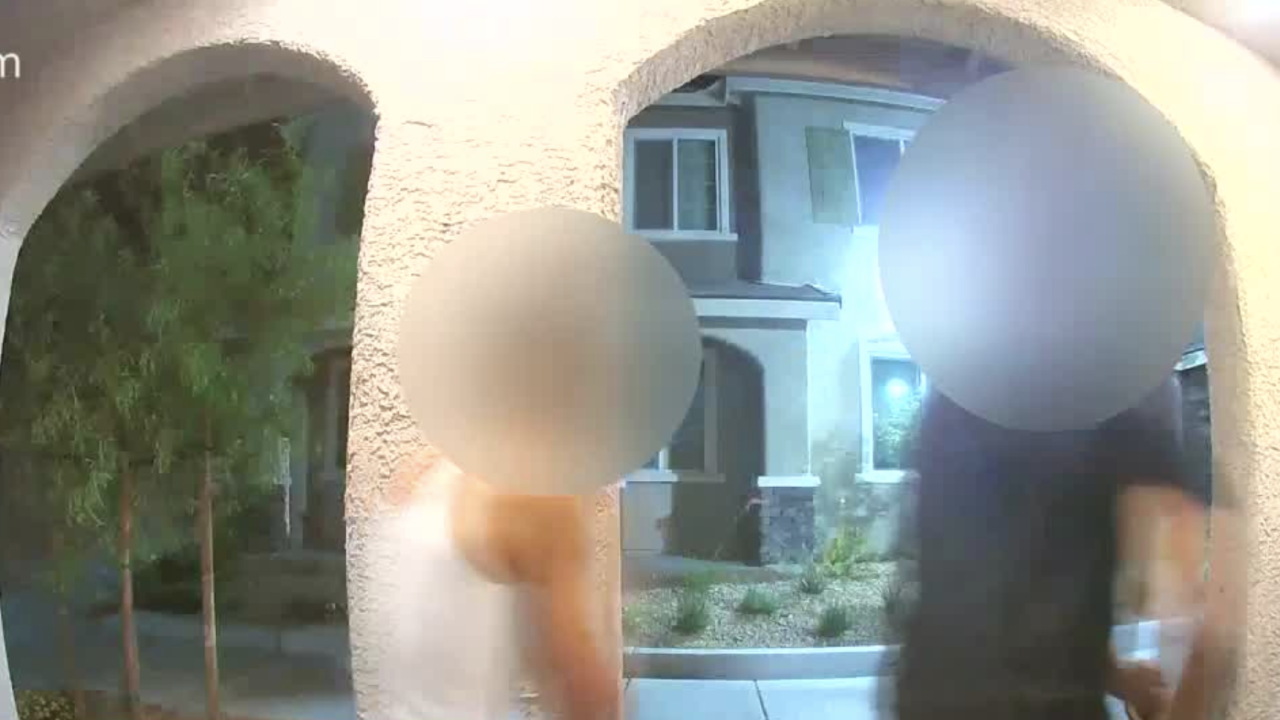 LAS VEGAS (KTNV) — Early Sunday morning as a family was sound asleep inside their Mountain's Edge home, some unknown guests appeared outside.

Their Ring doorbell camera caught it all.

Neighbors have been referring to the mysterious duo as a wanna-be Bonnie and Clyde of the neighborhood.

Their actions have been caught by multiple doorbell cameras near Blue Diamond and Durango Drive.

“To be outside of that window that night was like the most terrifying part, we didn't hear the doorbell ring."

Neighbor Brandi Smith has had enough and says there was a slew of strange behavior over the weekend.

“They had a pair of scissors that we had on our patio from trimming our dog near the door. They found those and they have them in their hands, looking around like they are hiding from somebody."

Countless other videos have emerged in the past 24 hours, being shared on the Ring app.

One video taken just hours after appearing on Smith’s ring doorbell shows the woman appearing again, but this time in a change of clothes and swipes a package right off this person's doorstep.

“That vehicle they're in, she then goes across there street into that black car and tries to open it,” says Smith.

Adding to frustrations, Smith says the dog seen on one video actually belongs to one of her neighbors and is now missing.

Smith says not knowing who these people are and why they've been snooping around the neighborhood has her on edge.

“We moved into a gated community, away from all the hustle and bustle of the Strip and the crime that comes with it,” says Smith.

“We don't want to take anything into our own hands and do something about it and have it be too late."