Nevada Connections Academy and some of its families are planning to ask the court to block a possible closure of the online school. 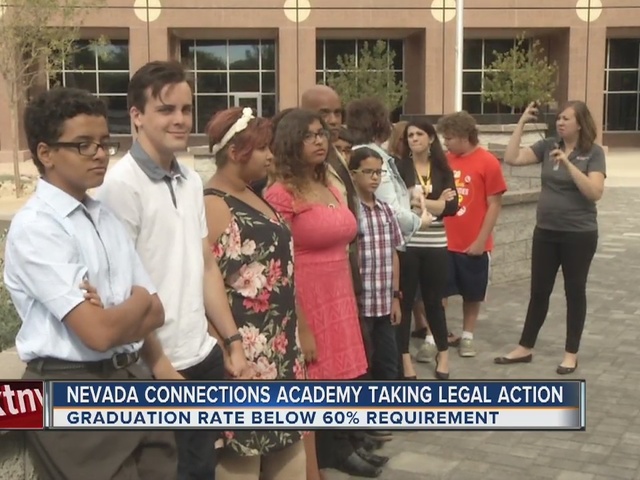 The Nevada Connections Academy, a full-time online charter school is now suing the state's Public Charter School Authority to try and prevent the authority from closing the school.

The school faced possible closure after its graduation rates fell below the state-required minimum of 60 percent.

The school says the number is low because they take on many students who have struggled in other school settings and may take longer to graduate or need to work at their own pace.

Earlier this year, the school developed an improvement plan, but as part of the negotiations with the charter school authority, they were asked to waive their right to have oversight from the courts.

That issue is what prompted the lawsuit.

"We are fighting not only for the school and the more than 3,000 students but to protect a fundamental, constitutional right to have access to the courts," says attorney Laura Granier.

Students worry shutting down the school would take away the only option they have to be at a school that allows them to work at their own pace.

"You're letting down so many students if you shut this school down," says 11th grader Jesse Berry.

So far, a court date hasn't been set yet. If an injunction isn't issued, the school could close at the end of the school year.