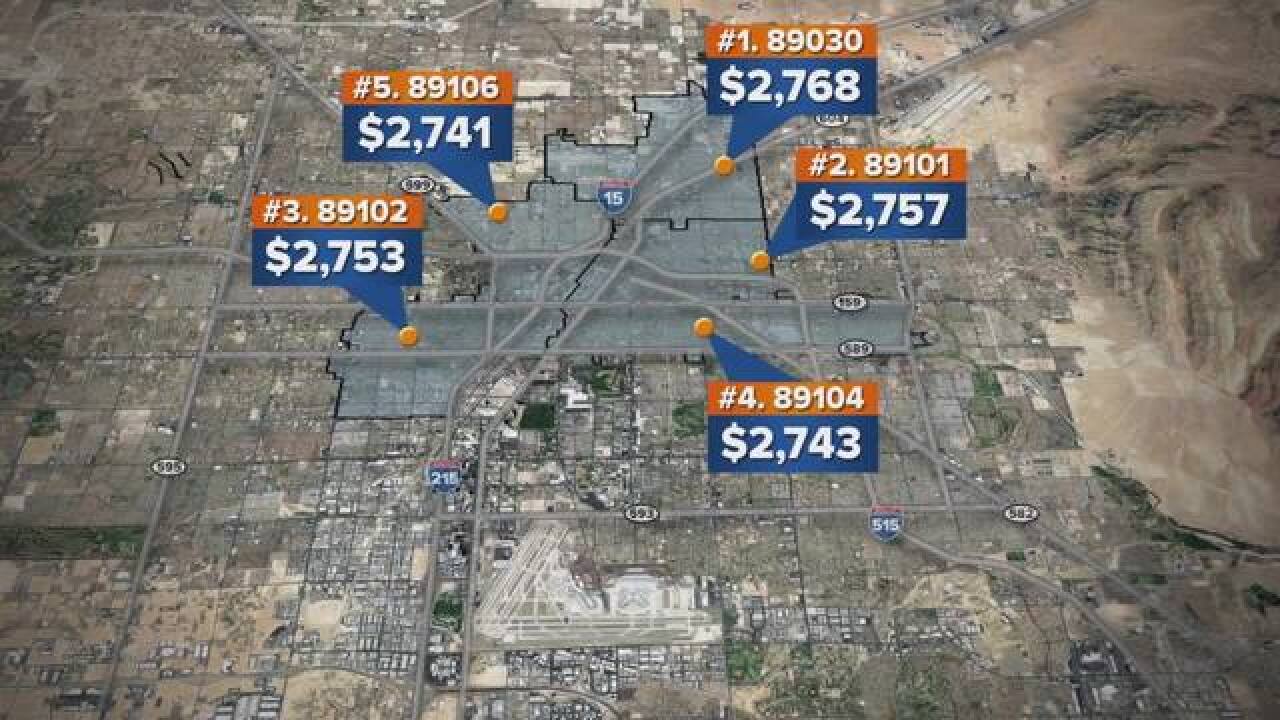 Car insurance rates are continuing to increase in Las Vegas.

According to a recent study by The Zebra, rates have increased 31 percent over 2011, which is far above the 20 percent increase seen nationwide.

The Zebra, an insurance search engine, found that the average annual auto insurance premium in Las Vegas is $2,322, while Nevada as a whole is $1,802 and the U.S. average is $1,427. Michigan had the most expensive average insurance rates while the least expensive rates were in North Carolina.

"It makes it very hard to pay other bills," said Eddie Jean Finks, a driver.

"It's a big chunk of my paycheck coming out each month paying car insurance, and that money could be used for something else," said Angelia Perez, another driver.

Other high zip codes include:

The Zebra reports that rates are on the rise in Las Vegas because of the area's population boom, which leads to more traffic congestion and crashes.

Drivers in the worst zip code aren't surprised they're paying the most.

"It's probably because of the neighborhood. There's a lot of accidents in this area. You know people drive crazy over here," said Perez.

According to USA Today, distracted driving has also led to an increase in insurance premiums.

For cheaper car insurance, drivers have to outside the major cities in Southern Nevada. Bunkerville has the lowest at $1,482, followed by Mesuqite, Jean, Moapa and Laughlin.

Using pricing data from 2011 to late 2017, The Zebra’s national study explored millions of car insurance premiums across every zip code as impacted by common variables such as driver age, gender, driving record, financial behaviors, and the vehicles themselves.

These reports were run using a base risk profile of a 30-year-old single male driving a 2013 Honda Accord EX.