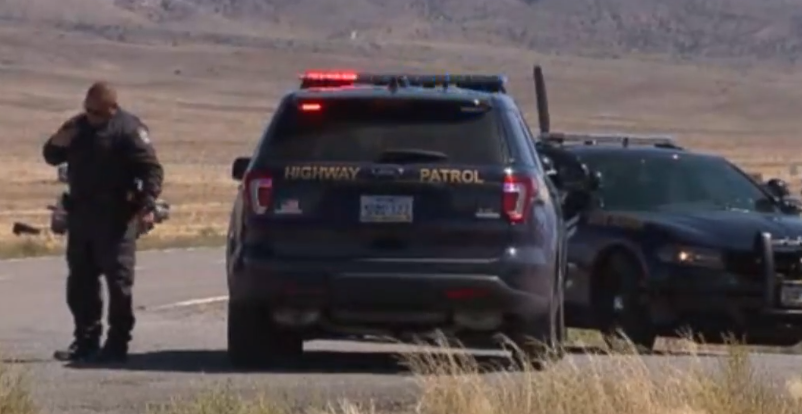 At least one person was arrested by local sheriff's deputies at a gate to Area 51 in Nevada after an estimated 150 people gathered at the site early Friday.

NEVADA KTNV/AP) — At least one person was arrested by local sheriff's deputies at a gate to Area 51 in Nevada after an estimated 150 people gathered at the site early Friday.

A weekend gathering is happening in the desert after an internet hoax posted in June invited people to "storm" the once-secret military installation. The place is the focus of popular lore about government studies of extraterrestrial life and space aliens.

It wasn't immediately clear if a woman who began ducking under a gate and a man who urinated nearby were arrested after the crowd gathered about 3 a.m.

An Associated Press photographer saw two people escorted away by deputies, but a sheriff's dispatcher declined to comment.

"The police were pretty cool about it; when they came up, they said you could come to the gate, don't touch the gates. They were all standing at the side, laughing at some of the people," McCormick said.

Authorities reported the crowds were calm and listened to their orders to disperse with things back to normal around 6 a.m.

The Associated Press and 13 Action News contributed to this story