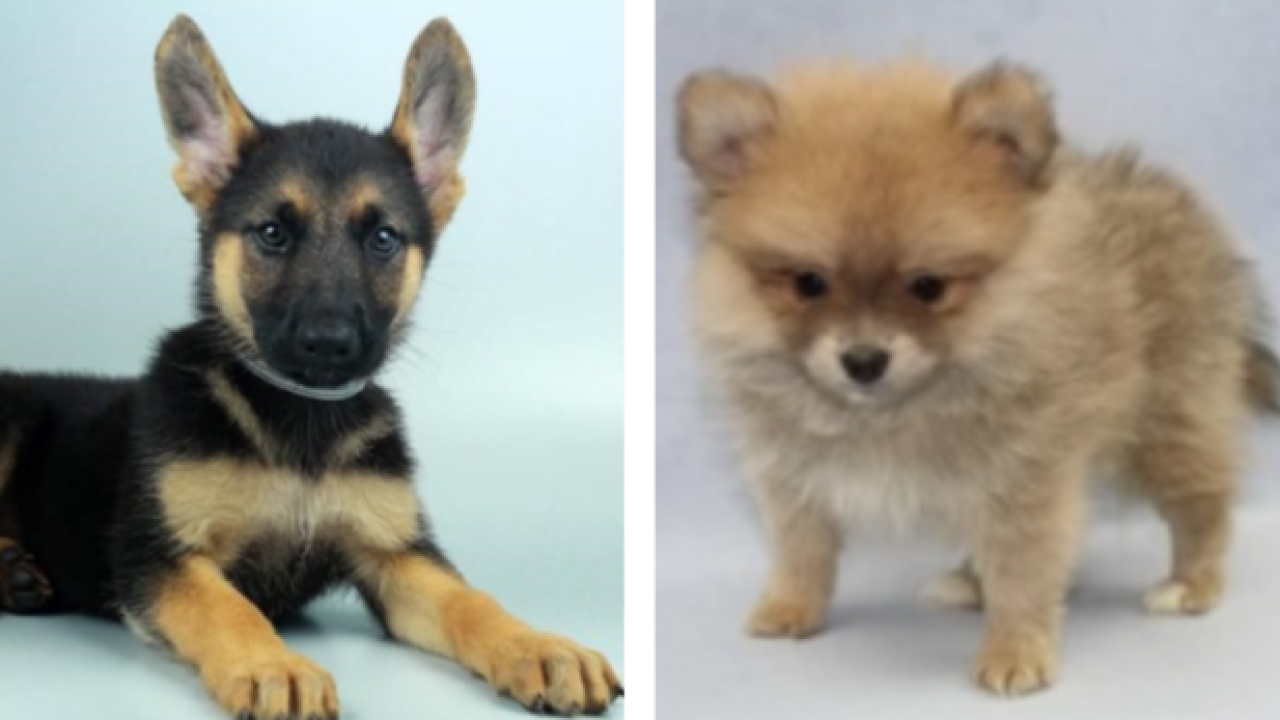 Copyright 2018 Scripps Media, Inc. All rights reserved. This material may not be published, broadcast, rewritten, or redistributed.
Petland

Two stolen puppies from Petland's Boca Park location in Las Vegas back in September have been recovered, according to police.

A male Pomeranian and female German Shepherd are now both accounted for after they were taken from that location on Sept. 28.

Petland's owner said a man had smashed the front door with a skateboard and took off from the store after grabbing the two dogs.

Metro updated the situation that both dogs were found safe with the Pomeranian dyed pink, to avoid detection, and the German Shepherd returned to the store.

Today we recovered the 2nd puppy that was stolen during a Sept 29th burglary of a pet store! Perps dyed the poor Pomerian pink attempting to avoid detection! @LVMPD @LVMPDNWAC pic.twitter.com/LY6iomtvLL

Sean Ross, 31, was taken into custody in connection with the original incident and is facing charges of burglary and grand larceny, according to police.