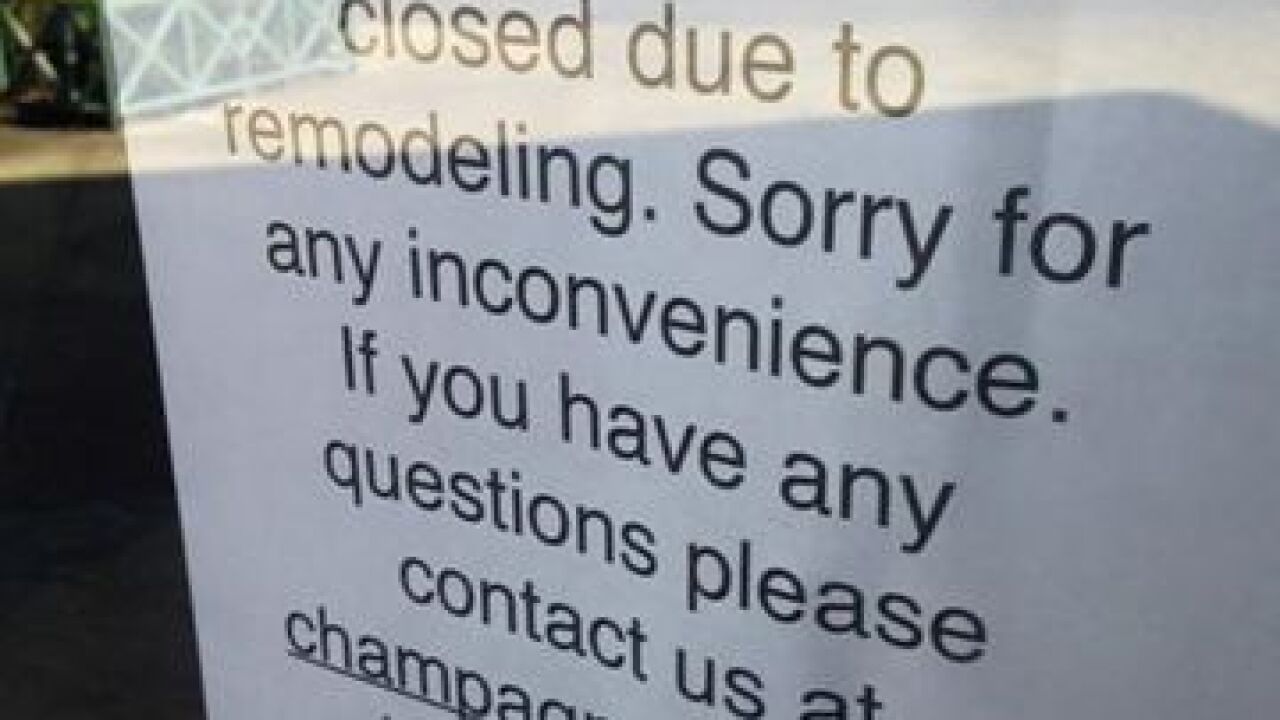 By: Parker Collins
Posted at 7:18 AM, May 10, 2017
UPDATE JUNE 5: Since our first story about Champagne Salon and Spa, many more people have come forward saying the abrupt closure caused them big problems.
"I was devastated. I mean this devastated me physically, financially, emotionally, in so many ways," Jennifer Woolston, a former customer of the salon.
Woolston says she fell inside the salon after a massage. The injuries were severe. She says the salon wouldn't send her their insurance information so she filed a lawsuit. The lawsuit folded when the business closed.
"It almost feels like there's no justice in a situation like this. There's nothing that really can be done," said Woolston.
Cosmetologist Shayla Burt was having trouble getting her final paychecks. That changed after the first 13 Action News report.
"I definitely think it was the story, definitely putting that fire and that spotlight on them that they couldn't hide," said Burt.
The salon has said that employees and customers who were owed money would get it. A representative said over the phone that the business had been losing money for some time and had no choice but to close.
ORIGINAL STORY
A business closes for good with little to no warning leaving employees and customers out hundreds of dollars.
Champagne Salon and Spa has two locations on Eastern Avenue, a little more than a mile apart. Both are no longer open. When 13 Action News sent a crew, there were signs at one location saying it was undergoing a remodel; the other location had a grand opening banner hung over the door.

Salon just got a notice of violation for keeping the grand opening sign up way past the opening. @KTNV pic.twitter.com/fARxqjsSef

Alicia McNair was a massage therapist at Champagne Salon and Spa. She says she's missing two paychecks. Her last one bounced.
"It is painful for me," said McNair.
Employees and customers were only told a few days out that the shop would be closing, and if that's not bad enough, they got the notice by email.
A salon representative said the business has been losing money for a full year and had no choice but to close. Yet customers say they were selling coupons close to date the salon closed. Many customers bought a deal on massages, but never had time to redeem them.
"When I found out they were closing I said 'Can I book a massage?' They're like oh no we don't have any from now to the time we're closing,'" said Lisa Mclain, a former Champagne Salon and Spa customer.
Some customers and employees have been trying for weeks to get in contact with someone from the salon with no success. A salon representative told 13 Action News these people will be getting the money they're owed. To ask about a refund, you can email champagnesalonspalv@gmail.com.
Copyright 2016 Scripps Media, Inc. All rights reserved. This material may not be published, broadcast, rewritten, or redistributed.