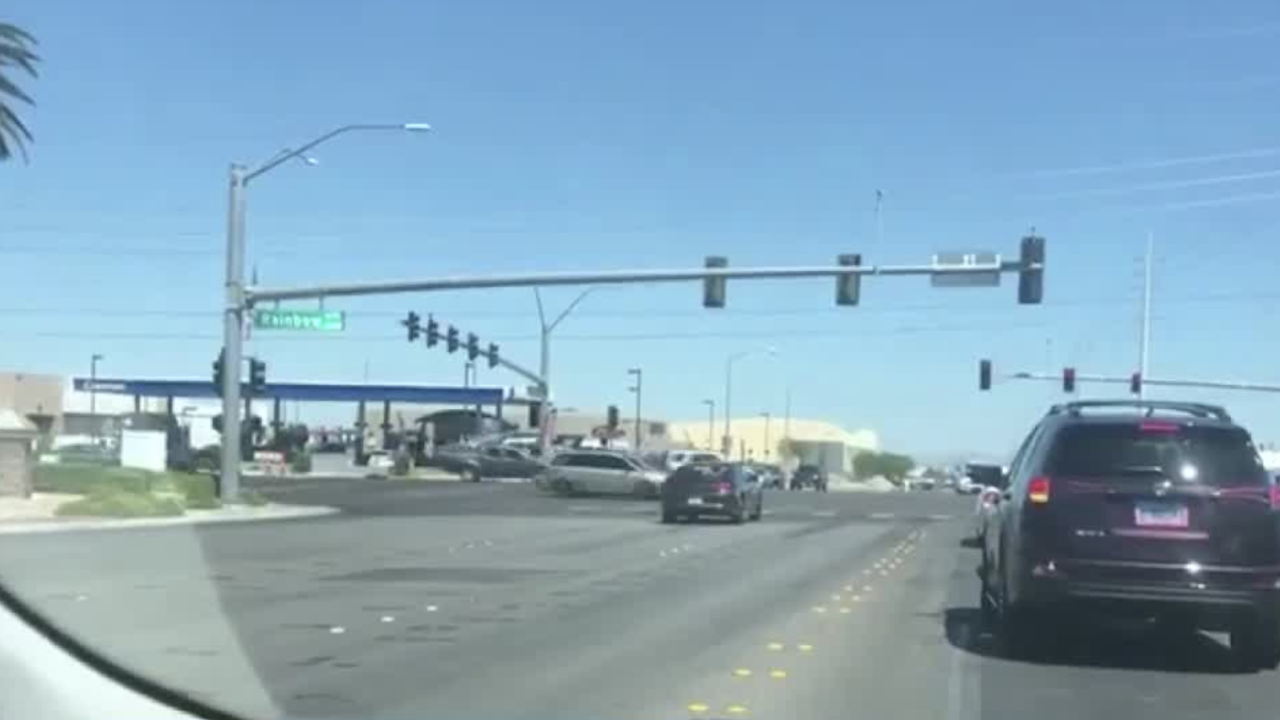 Gretchen Zielinski caught drivers waiting for a green light thinking they're in a turn lane just outside her neighborhood.

“It happens so often, I literally fear that someone is going to be hurt,” says Zielinski.

It's not the first time she's seen it happen at the corner of Sunset Road and Rainbow Boulevard.

Zielinski also took another video showing a driver at the same intersection doing the same thing on a different day.

She says the problem is driver confusion, those behind the wheel thinking they're in the lane to turn left onto northbound Rainbow, but are really in lanes of westbound Sunset.

“One person will do it and then all of a sudden another person is behind them and another person and I'm like wow, no one is realizing that's not a lane,” says Zielinski.

13 Action News went out to the intersection Monday and noticed the road does have yellow and white markers.

But despite those indicators, Zielinski says drivers are still crossing them.

“There's only very light arrows that have actually been worn down over time so coming out from this shopping center you don't even see them from that angle,” says Zielinski.

Zielinski hopes something can be done to stop this from happening.

“My biggest fear is that someone will not be paying attention and will blow through this light and directly into someone, head on,” says Zielinski.

Clark County says they have sent out a Public Works crew to check the intersection out Tuesday night.