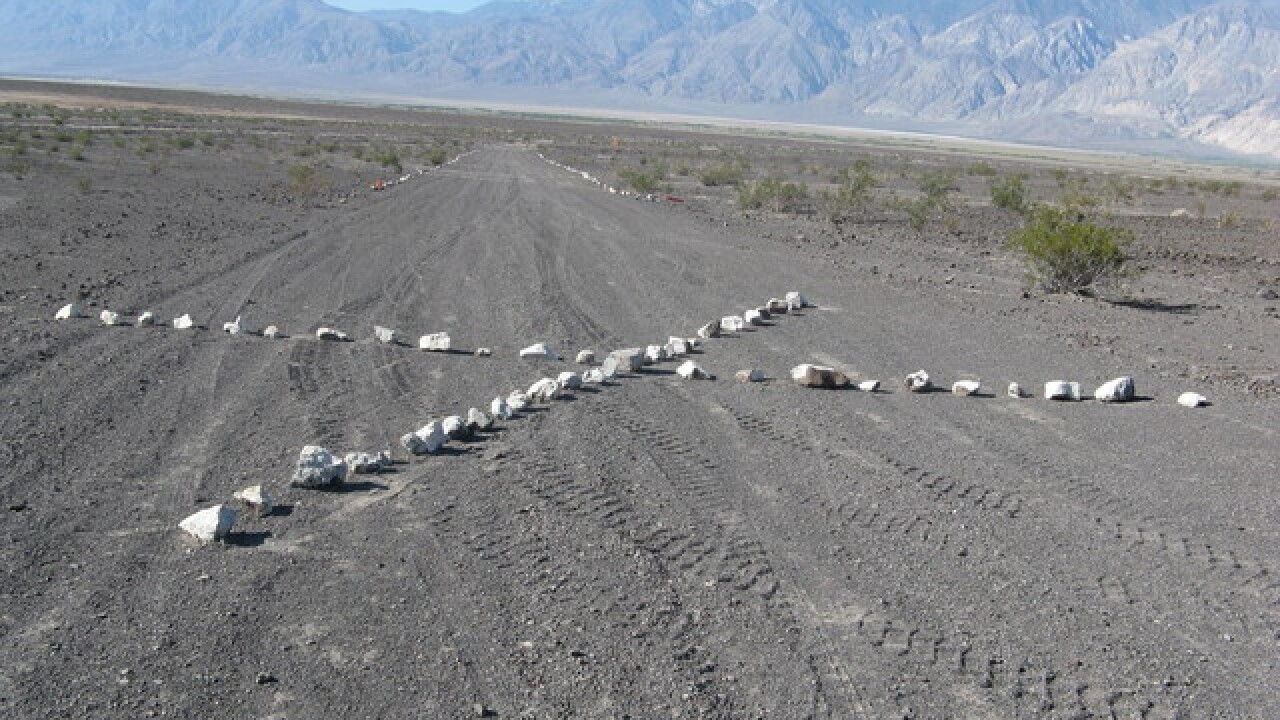 By: KTNV Staff
Posted at 1:44 PM, Jul 15, 2016
The Chicken Strip, a remote backcountry airstrip in Death Valley National Park, is temporarily closed due to washouts in the runway.
A recent storm damaged the Chicken Strip, leaving it too rough for safe landing. On July 12 a pilot attempted to land, nearly flipped over, then was able to lift back off the ground without landing.
The July 12 aborted landing was the third mishap at the Chicken Strip in the last six weeks. The Chicken Strip is notorious among pilots for being a difficult backcountry landing strip. The airstrip is approximately 1,400 feet long and 35 feet wide. A plane crashed while attempting to land on the Chicken Strip on June 5 – when the airstrip was still in standard condition. A parked plane flipped over in high winds on July 1.
Saline Valley’s high summer temperatures and remote locations increase the consequences if a plane wrecks. Temperatures routinely exceed 110 °F.
Few people visit Saline Valley in summer, and the volunteer campground host is not always present to initiate an emergency response. Response time can be four hours due to the long distance over rough roads.
The volunteer campground host has marked a big X on the airstrip with white rocks to communicate to pilots that the airstrip is closed and unsafe.
The Chicken Strip is maintained by volunteers coordinated by the Recreation Aviation Foundation under a Memorandum of Understanding with the National Park Service.
Copyright 2015 Scripps Media, Inc. All rights reserved. This material may not be published, broadcast, rewritten, or redistributed.