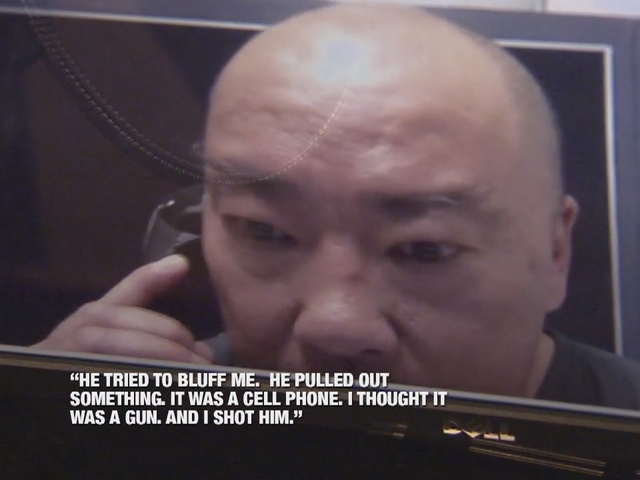 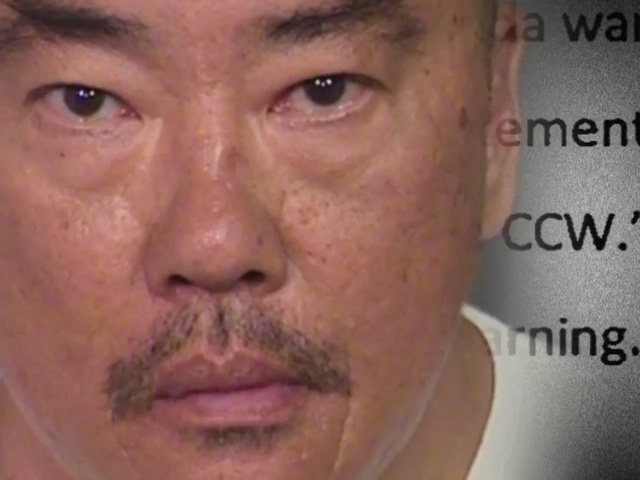 UPDATE: 13 Action News has obtained the arrest report of Norman Chen, the RTC bus driver accused of shooting one of his passengers.

In the report, police say Chen admitted to smoking marijuana days before the shooting, and officers detailed how they found a bottle of urine in his pocket covered in hand warmers when they arrested him.

The big question is whether the shooting was an act of self-defense.

In the report, Chen tells police, "I warned him I had a CCW. I warned him, you are not threatening me. I have a CCW. Don't mess with me!"

Police say the fight began when Chen arrived at what he considered the last stop of the route, but passenger Felipe Delgado demanded to be taken to another stop. The disagreement escalated from there.

Chen stands firm on the claim that the shooting was an act of self-defense, but in the arrest report, Delgado tells police that Chen pushed him and reached for something in his pocket. So he ran, but didn't get far, before being shot in the arm.

In that same arrest report, detectives say they watched surveillance video that shows Delgado taking a swing at Chen and then running off. Chen is then seen running after him, pulling out a handgun, and firing one shot.

After the shooting, Chen got back on the bus and headed to an RTC station where he was arrested.  He's due in court Wednesday and faces charges of attempted murder with a deadly weapon.

A RTC bus driver accused of shooting a passenger Friday said it was in self-defense.

Chen says the stop at the Silverton hotel-casino, near Blue Diamond Road and Dean Martin Drive, is the last on his route. He told the passenger that he needed to get off and told him he can go right across the street to get on at the first stop on the route starts.

That's when Chen says he got on the phone and called his supervisor and asked for Las Vegas Metropolitan Police Department assistance as well.

He says he waited about 10 minutes, then the passenger approached him off of the bus and hit him in the head.

"He made a threat, he was going to kill," Chen said. "He tried to bluff me.  He pulled out something. It was a cell phone. I thought it was a gun. And I shot him."

During the fight Chen says the passenger reached into his pocket. Chen thought he was reaching for a gun and pulled his own gun firing one shot.

Chen says he wasn't fully with it but decided to go back to the transit center and not stay with the guy who had been attacking him.

He says he knows he's not supposed to carry a weapon on the bus but says it was a simple mistake because his regular uniform jacket was dirty. Chen says he grabbed another jacket that morning and didn't know the gun was in the pocket until he got to work.

Chen says he's been driving a bus in Las Vegas for five years. He says he has a valid concealed weapons permit.

Chen maintained through the interview with 13 Action News that it was self-defense.

He is expected to face a judge at a hearing Wednesday morning.

Chen is currently on administrative leave pending the outcome of the investigation.