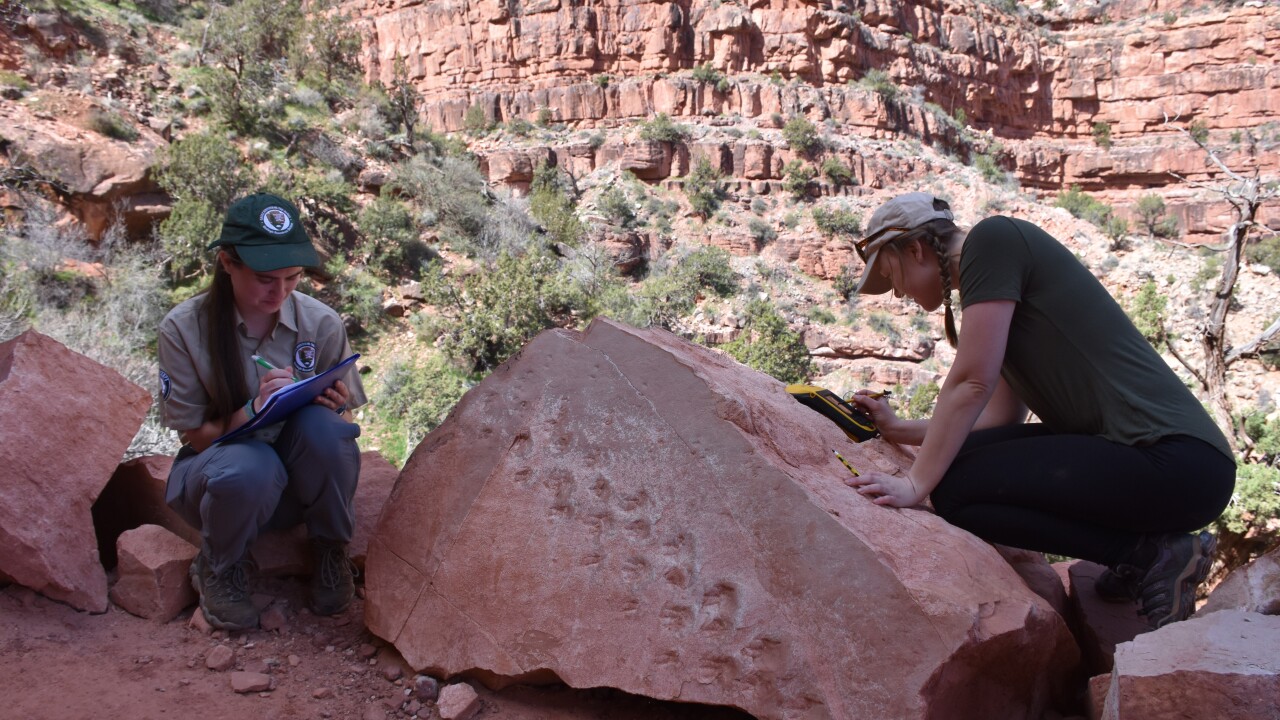 FLAGSTAFF, Ariz. (AP) — A rock tumble at the Grand Canyon revealed fossil footprints that researchers say are among the oldest in the park.

Steve Rowland is a geology professor at the University of Nevada, Las Vegas, and recently published the findings with two co-authors.

They say the creature that made the tracks is something like a modern-day chuckwalla that strolled in sand dunes in a coastal plain more than 300 million years ago.

Not everyone is convinced the footprints were created by a single animal.

Or, that the footprints are those of animals with a distinctive gait and that lay eggs with protective hard shells.