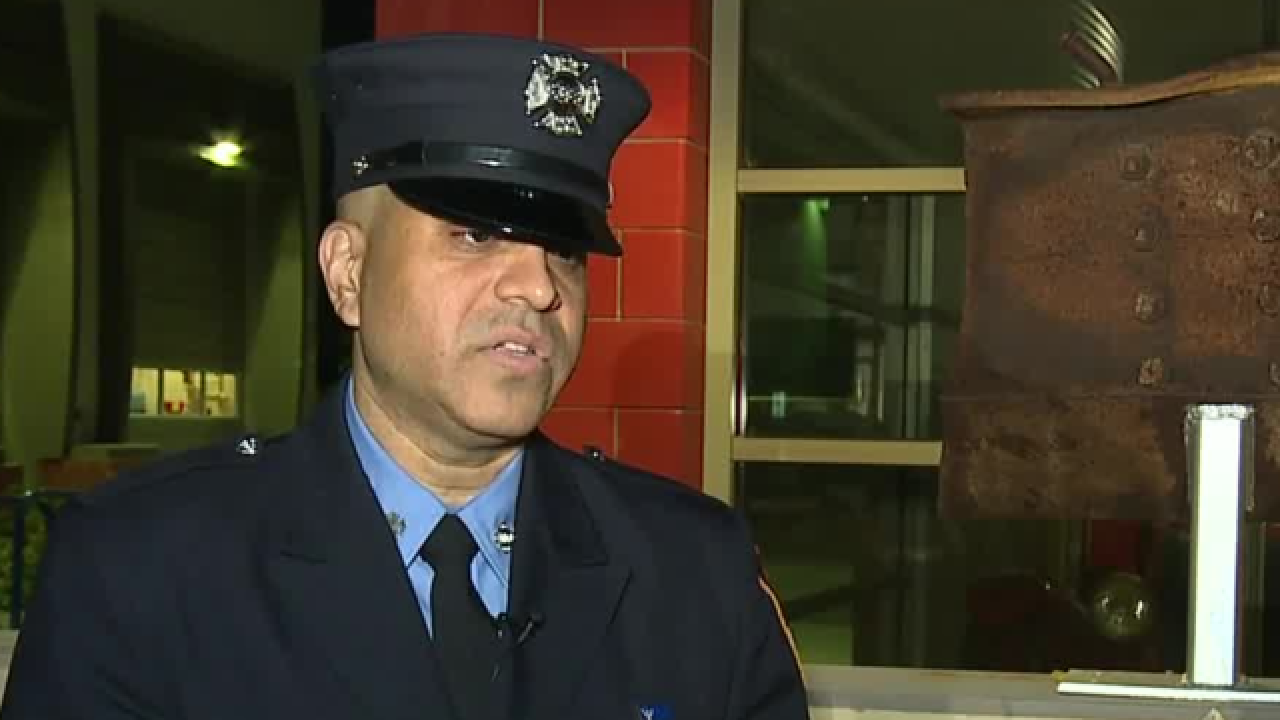 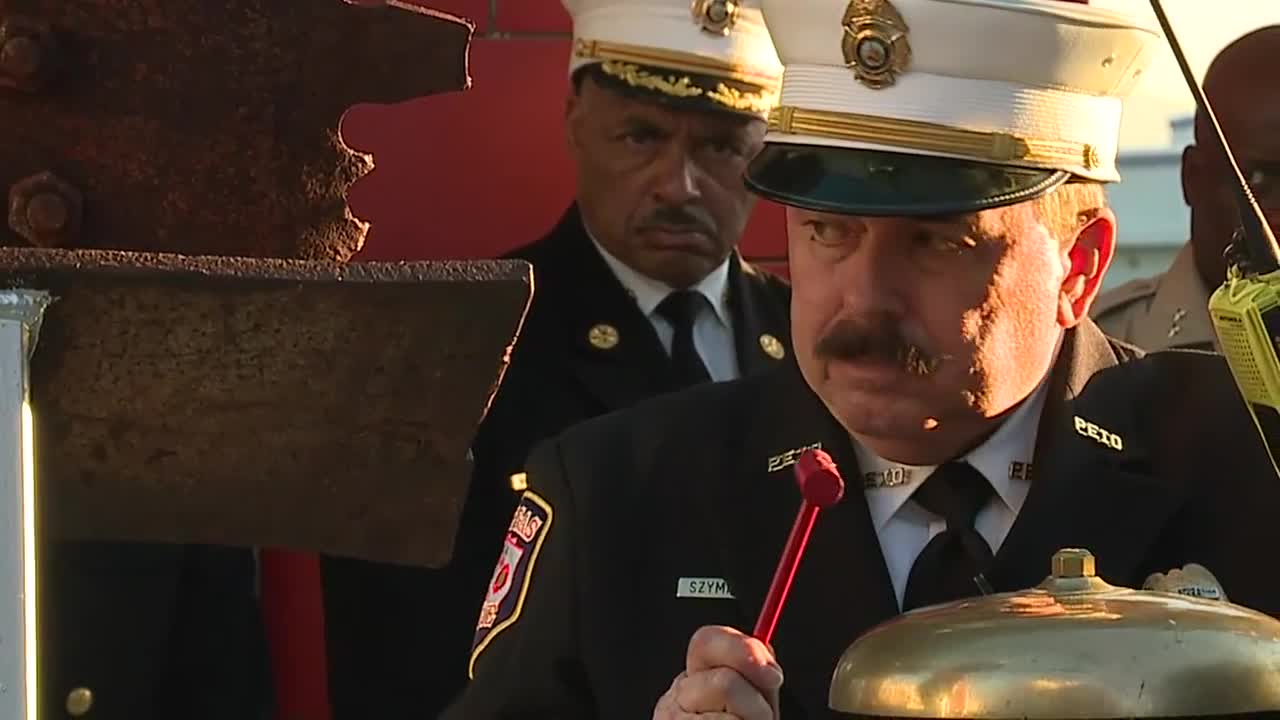 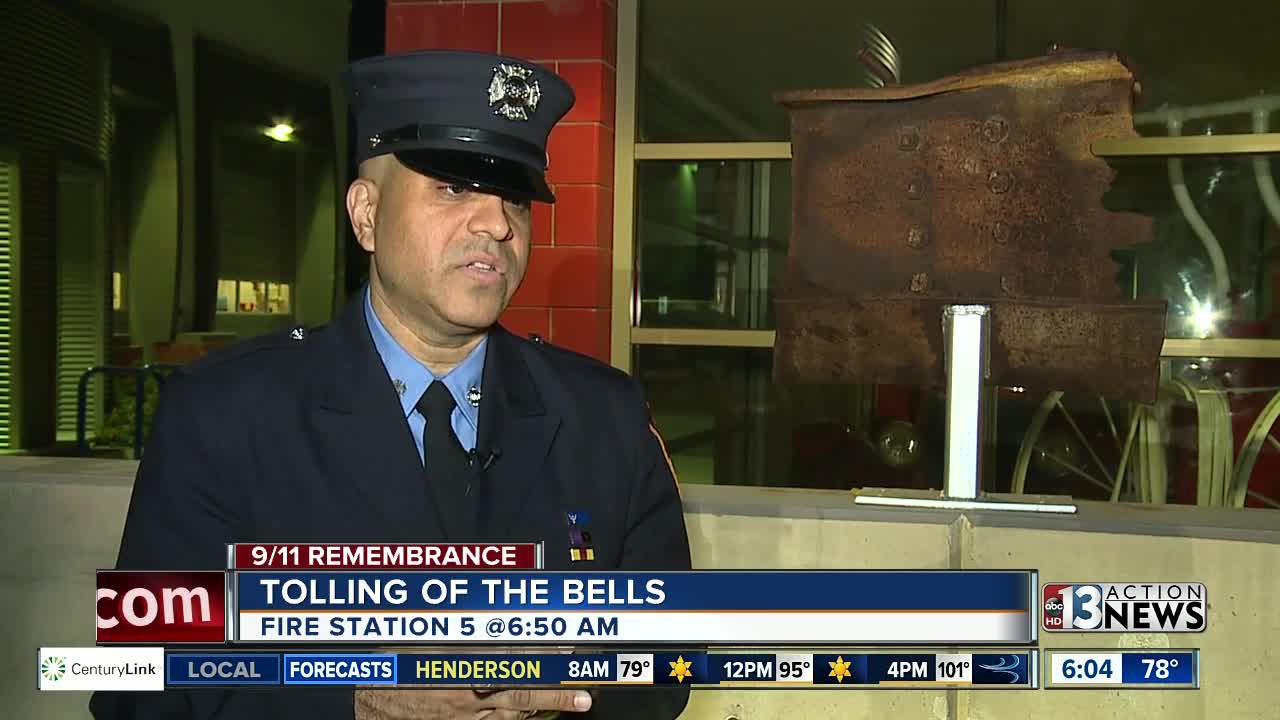 September 11th was one of the deadliest days for first responders in American history. Across the country, people paid tribute to the thousands of lives lost 17 years ago.

Here in Las Vegas, on display in front of Fire Station #5 is a piece of steel from the World Trade Center.

Firefighters tolled the bells -- a longtime tradition in the fire service -- to honor the victims and heroes of the attack.

At 6:50 a.m., the approximate time of the south tower collapse, Las Vegas Fire and Rescue rung the bell. A special flag that once flew above Ground Zero was hoisted to half-staff.

One of the firefighters who helped save lives as the twin towers were collapsing led the singing of the national anthem. Retired New York firefighter Frank Pizzaro stayed on scene working the collapse for several consecutive days.

“One thing that 9/11 did do was it brought everybody together. We shouldn't have to wait for something terrible to happen in order to be united. And so I would say, love each other. Remember the great country that we are and that we will continue to be an example for other countries to follow.”

From those who were there during the attacks — they're asking us to "never forget."