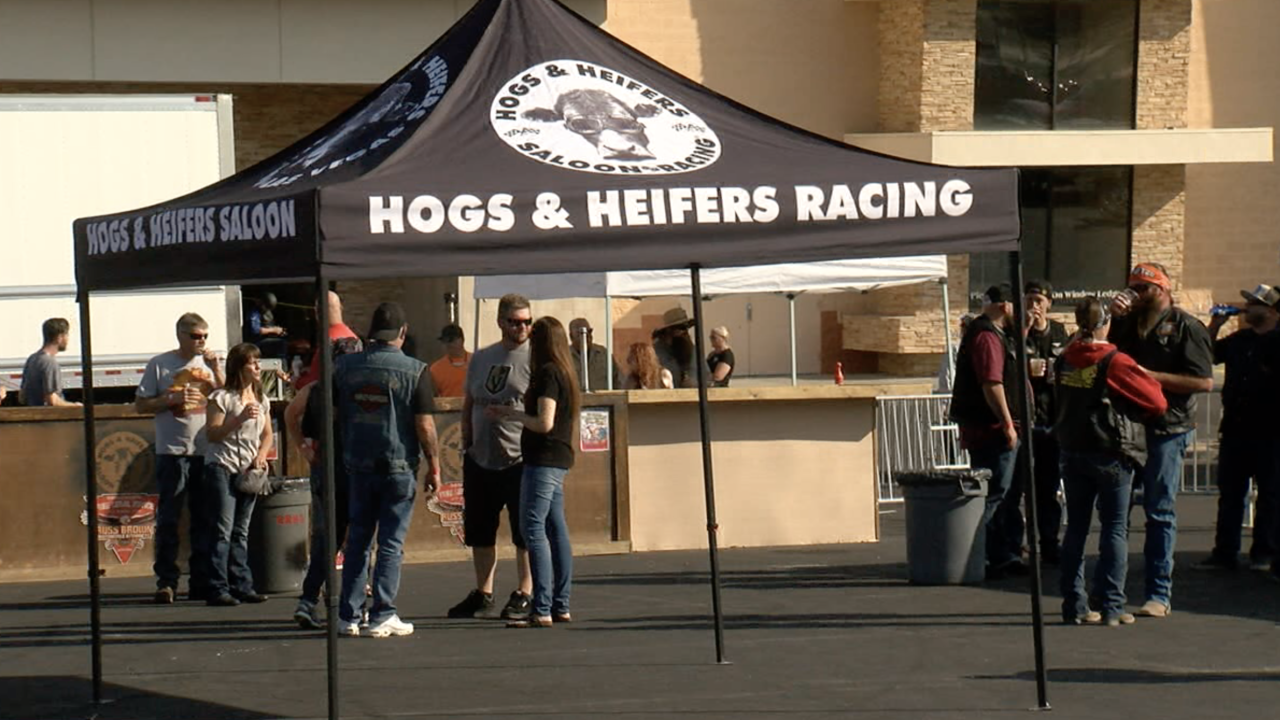 LAS VEGAS (KTNV) — Locals came out Saturday to support a downtown Las Vegas bar that’s in a court battle to stay in place.

It’s a lively atmosphere in this parking lot where a pop-up event for Hogs and Heifers Is being held.

“You have to be giving back to your community, you know. It’s the least you can do.”

Michelle Dell is the owner of the downtown Las Vegas bar and has done many charity events there. She says this particular event is meant to bring community support.

“It is giving us a boost to us to our spirits in a challenging moment, and at the same time it strengthens our resolve,” she said.

Dell is in the middle of an eviction fight in court with the Downtown Grand Hotel and Casino claiming her business is creating an unsafe environment with her events. She disputes the claim and says her bar has the support of both customers and visitors to the downtown area.

“We get emails and phone calls every single day,” Dell said.

She says that reinforcement gives her hope and intends to fight to the finish.

“Moving isn’t an option. It’s our home and at the end of the day, downtown third street is the street that Hogs and Heifers built,” Dell said.