Protesters gather outside Las Vegas Trump hotel after his win 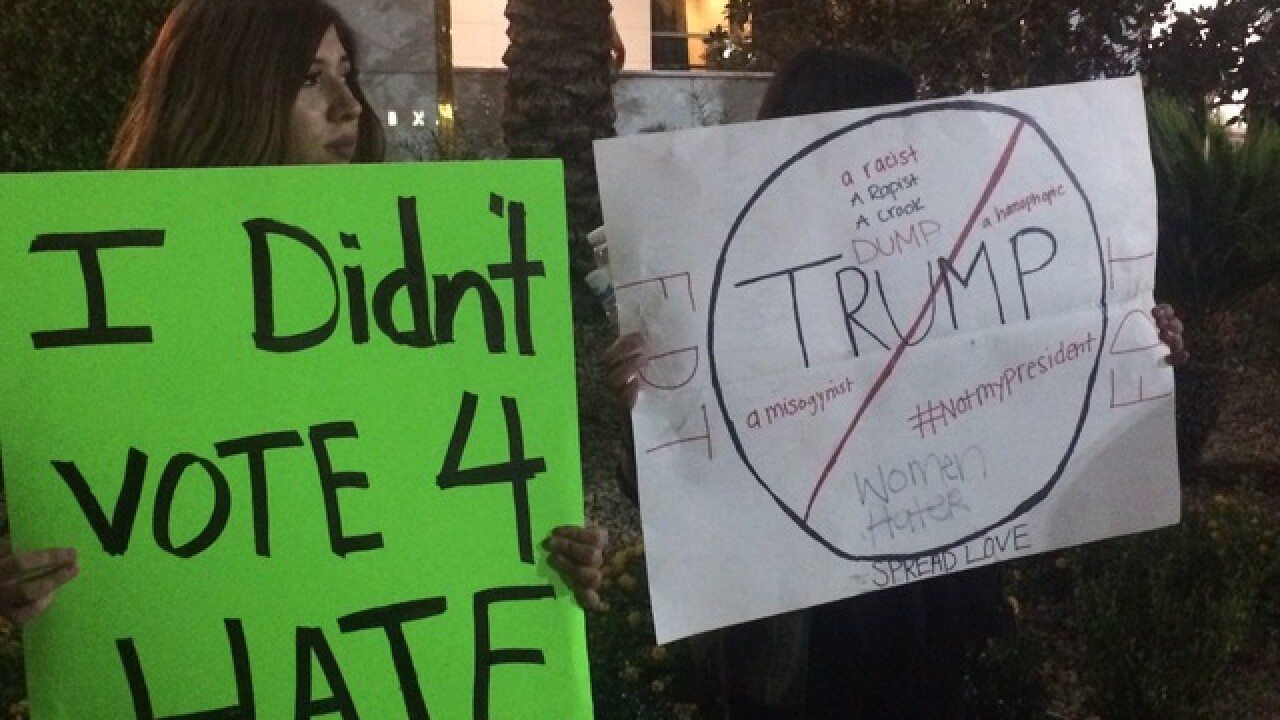 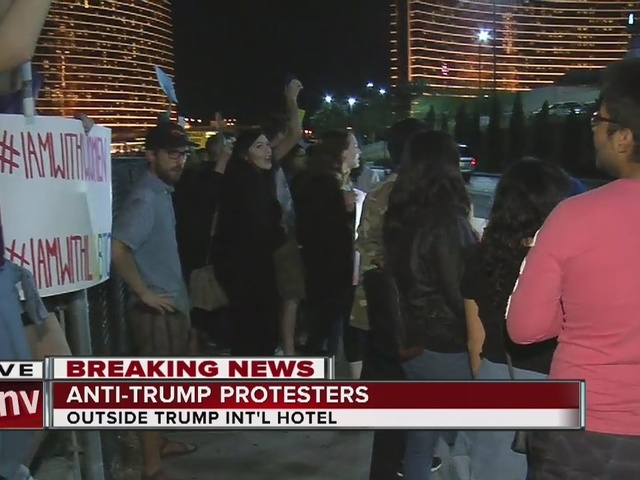 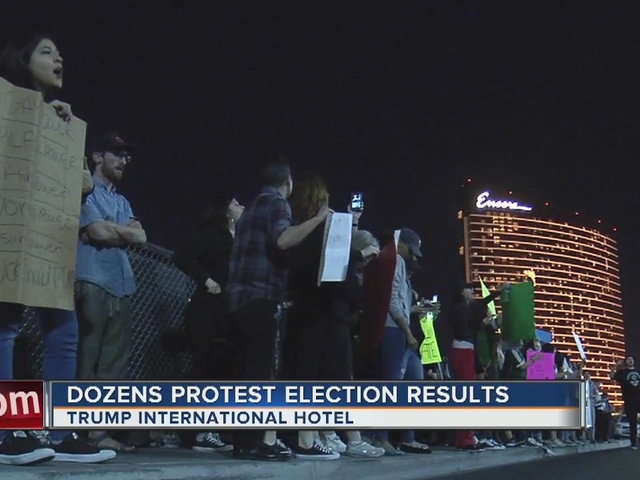 The votes are in. The people have spoken. And so did protesters in front of Trump International Hotel.

Dozens of demonstrators marched down the Las Vegas Strip Wednesday evening.
They know the election is over. But many say they were forced to choose between two candidates they did not like.
And they say they are especially disgusted by the divisive language President-Elect Donald Trump used to win the White House.
“I think he’s a complete embarrassment and he should be ashamed of himself. I wonder how much of his rhetoric is genuine and how much is tapping into something he knows will foster people's anger,”
said Brandon Potter, a protester.
They marched from the hotel, down the Strip and back. And many of them say they’ll hit the streets and stay in the faces of president-elect and Congressional leaders on both sides of the aisle.
Protests were being held in cities throughout the country.
Copyright 2016 Scripps Media, Inc. All rights reserved. This material may not be published, broadcast, rewritten, or redistributed.