President does not approve of mail-in primary

President Donald Trump threatened on Wednesday morning to withhold funds from the state of Nevada because of "illegal" voting. Jeremy Chen reports. 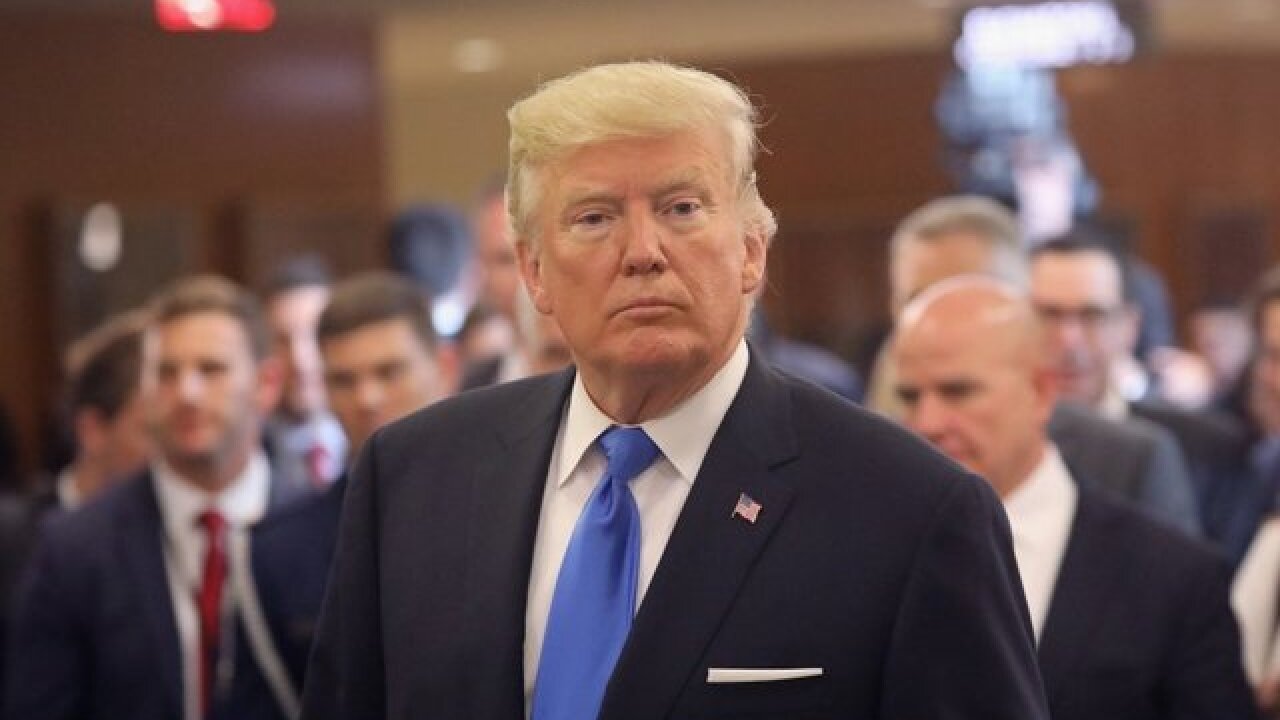 LAS VEGAS (KTNV) — President Donald Trump threatened on Wednesday morning to withhold funds from the state of Nevada because of "illegal" voting.

State of Nevada “thinks” that they can send out illegal vote by mail ballots, creating a great Voter Fraud scenario for the State and the U.S. They can’t! If they do, “I think” I can hold up funds to the State. Sorry, but you must not cheat in elections. @RussVought45 @USTreasury

According to the tweet by the president, Trump believes that the state of Nevada is creating a "great Voter Fraud scenario." After threatening to withhold funds from the state, Trump wrote: "Sorry, but you must not cheat in elections."

The state made the decision to hold the vote-by-mail election due to health concerns related to the COVID-19 pandemic.

The president made a similar threat against the state of Michigan before the tweet about Nevada.

According to experts, voter fraud is rare and when it does happen, it is more likely to happen on a local level than a statewide or national level.

“After the Republican Secretary of State made the decision to turn our primary into an all-mail election with two in-person polling locations that would service 87% of our population and result in extremely long lines during a pandemic, it was Democrats who sued for more in-person polling locations to prevent lines and to ensure all registered voters received a ballot. Plain and simple, sending a ballot to every registered voter is the law. The president's tweet is just another tactic in the GOP’s handbook of voter suppression.”

UNLV public policy professor Robert Lang says it would be unconstitutional if President Trump acted on his threat.

“The states under the tenth amendment to the constitution, the ability to decide how they choose elected officials, including the president.”

Dr. Lang says only the U.S. Supreme Court could weigh in on such matters, if a legal challenge went that far.

“That would be many months from now, it would be after the election,” he said.

Barbara Cegavske, the Republican Secretary of State, released a statement through her office saying in part:

“For over a century, Nevadans, including members of the military, citizens residing outside the state, voters in designated mailing precincts, and voters requesting absentee ballots, have been voting by mail with no evidence of election fraud. All 17 counties have established processes and procedures in place for safe and secure mail-in voting.”

Dr. Lang says President Trump’s tweet may alienate independent voters with the threats to withhold funding during the pandemic.

“They could make their minds up real quickly if they thought their health care system and their emergency responders were being cheated of federal aid,” he said.

An Arizona State University journalism project documented cases of any alleged voter fraud from 2000-2012 and found about 2,000 cases in all elections across the country. With billions of votes cast during that time, that’s a percentage of less than 0.001%.

“It’s like a rounding error. It’s ridiculously small. There’s not a lot of motivation to cheat because first off your vote doesn’t count for much and if you do it illegally, you can get in a lot of trouble,” Dr. Lang said.

A Stanford University study last month also found the expansion of mail-in ballots led to a small and equal bump in votes for Republicans and Democrats, with a modest increase in turnout. Dr. Lang says mail-in voting is necessary in the midst of the COVID-19 pandemic and says it’s a way to get the most people to vote.