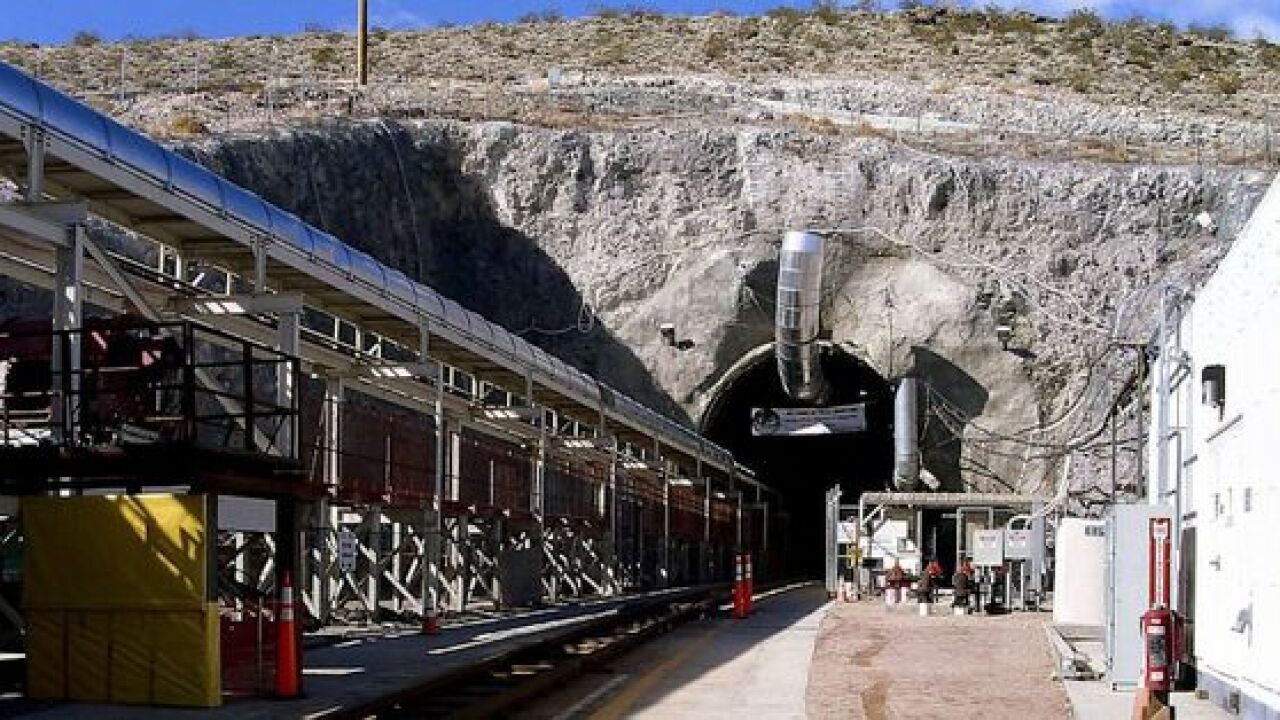 LAS VEGAS (KTNV) — President Donald Trump appears to have changed his position on Thursday about a proposal to create a national nuclear waste dump at Nevada’s Yucca Mountain.

The president tweeted that his administration will respect Nevada after the state has argued that the site, that sits about 100 miles from Las Vegas, is not suitable.

President Trump said his administration will explore “innovative approaches.” However, he did not offer any initial further information.

The president's administration has tried for several years to revive the stalled project.

Nevada’s Democratic members of Congress welcomed the news, but a few politicians also expressed skepticism about whether the president will follow through on his possible new position.

“Yucca Mountain is dead and will remain dead. This has been true for a long, long time. Donald Trump finally realizing this, changing his position and trying to take credit for its demise will not change that fact. I’m glad he has finally seen the light.”

“My dad used to say ‘don't just tell me what you value, show me your budget and I'll tell you what you value.’ Well, Mr. President, your budget included $116 million to restart the Yucca Mountain process. That means a lot more to Nevadans than more of your empty promises on Twitter. The only promise worth making to the people of Nevada is one that ensures absolutely no dumping of nuclear waste at Yucca Mountain. Under a Biden Administration there would be absolutely zero dumping of nuclear waste in Nevada.”