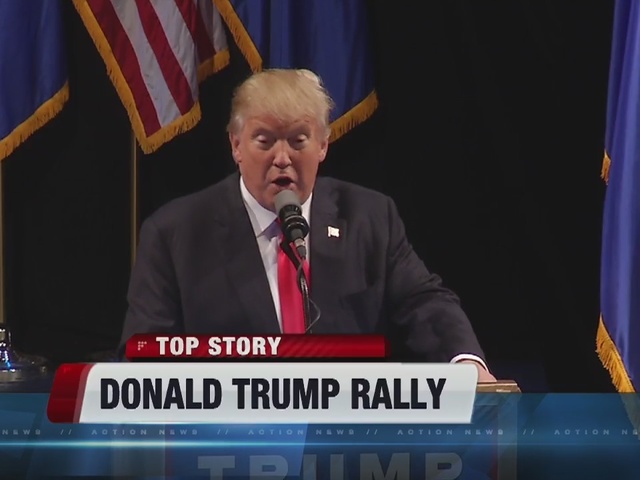 Donald Trump spoke for more than an hour before leaving to the tune of "Viva Las Vegas." 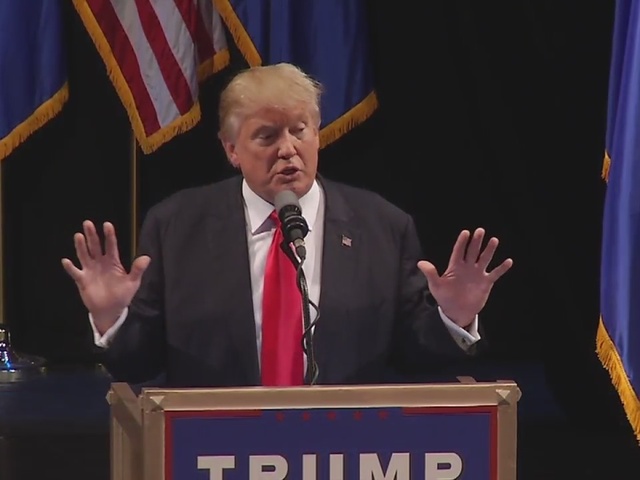 The Republican presidential candidate took the stage at 11:30 a.m. The rally started about a half hour off schedule as people waited outside the theater to get in. Gilley's was used as an overflow venue. The Las Vegas Metropolitan Police Department said there will 1,500 people in attendance.

Trump spoke for more than an hour before leaving to the tune of "Viva Las Vegas."

Mr. Las Vegas Wayne Newton was among the attendees and was seated in the front row.

At least two people were removed from the rally.

Las Vegas police said one person was arrested. Police said while inside the theater, a man, later identified as 19-year-old Michael Sandford, approached a uniformed LVMPD officer who was assigned to the event.  Sandford began a conversation with the officer under the pretense that he was seeking an autograph.

During the conversation, Sandford attempted to disarm the officer.  The officers assigned to the event were able to quickly take Sandford into custody with little further disruption at the venue.

Custody of Sandford has since been handed over to the United States Secret Service where he will face formal charges.

Outside on the Strip, a few protests against Trump were held.

At one point, a spontaneous debate broke out between strangers on the merits of Trump versus Hillary Clinton.

“Donald Trump is a serial liar and con artist who has no business sitting in the Oval Office, and that reality was on full display in his bloviating and incoherent speech today.

“On November 8, Nevada voters are going to reject Donald Trump. They’re also going to vote against the extreme Nevada Republicans — Congressman Heck, Congressman Hardy, Danny Tarkanian — who have unequivocally embraced a misogynistic bigot with the temperament of a fifth-grade bully and want to elect him as our next President.”