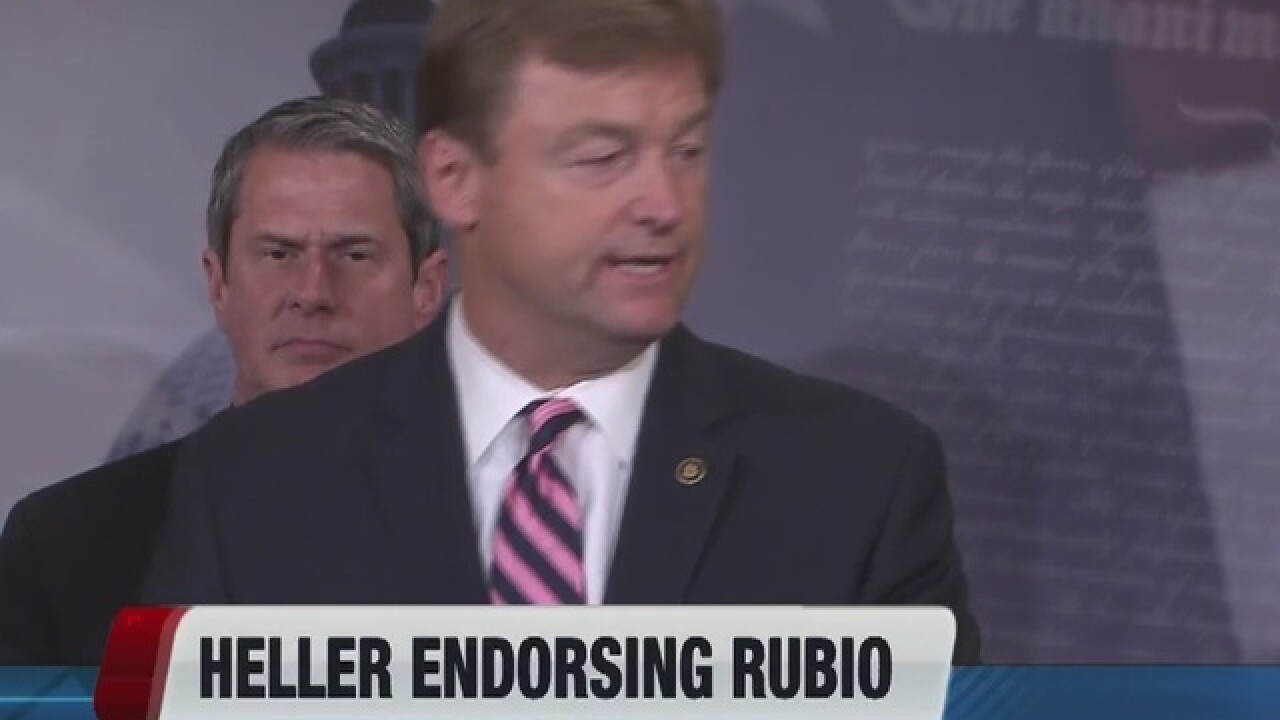 Speaking to reporters after a luncheon with the Las Vegas Metro Chamber of Commerce, Heller said he’s exchanged voicemails with Pence in a desire to “get there,” but remains concerned about the divisive Republican presidential nominee’s rhetoric and statements toward minorities.

Heller, who isn't up for re-election until 2018, is one of a handful of Republican senators who have refused to back Trump, though he hasn’t explicitly ruled out voting for him. He’s said on multiple occasions that the Republican candidate’s comments on women, minority groups, veterans and the disabled bother him.

“We’re talking a Republican nominee who has put Utah into play,” he said. “I mean that alone is a heck of a message.”

Despite unfavorable polling results for Trump, Heller said he hasn’t written off the Republican candidate with more than 80 days to go before Election Day.

“I think if he’s within five points going into Election Day he has a chance of winning this and that’s what happened with Brexit,” he said, referring to the succesful British referendum on leaving the European Union. “They were down four, they were being written off by all the media and ended up winning by a point and a half, and he has some real insight when he calls himself the Brexit candidate.”

Heller also expressed concern that Democratic Sen. Harry Reid’s impending retirement could open up the door to renewed efforts to open up a nuclear waste site at Yucca Mountain. He said other members of the delegation were “getting a little bit soft” on the issue and feared certain members of Congress want to “cram this Yucca Mountain down our throat.”

“I know myself and Congresswoman Titus and others know that this is a big deal for the state of Nevada and we’re going to do everything we can to stop this.”

.@DeanHeller says @CresentHardy and others in NV delegation are getting "soft" on opposition to Yucca Mountain. pic.twitter.com/bpo19YxUTy

Heller also said one of his main priorities in Washington was ensuring continual funding to transportation needs, most critically the proposed Interstate-11 highway that would Las Vegas and Phoenix. He said approval of a long-term federal transportation funding bill last year was a good start.

“You cannot have a growth economy without a good transportation system in this country,” he said.