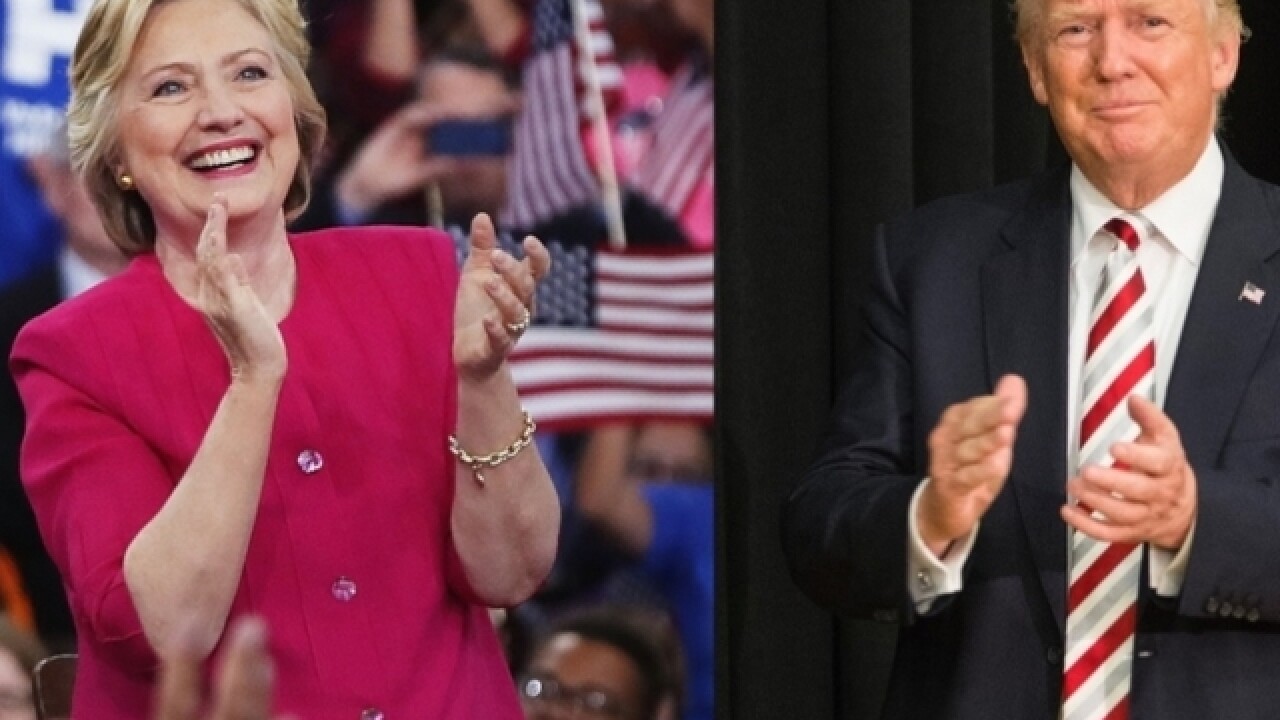 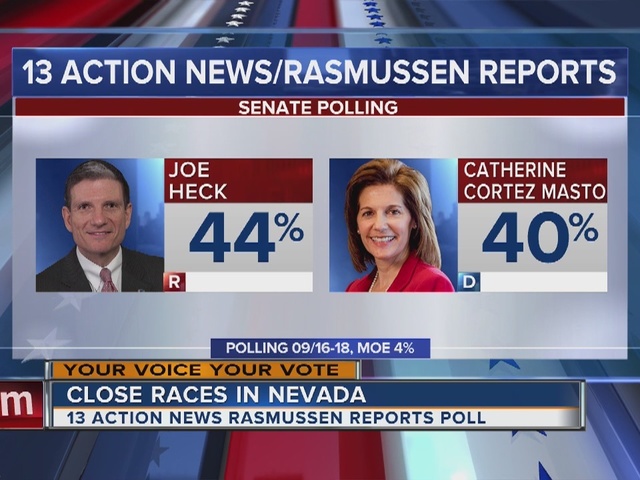 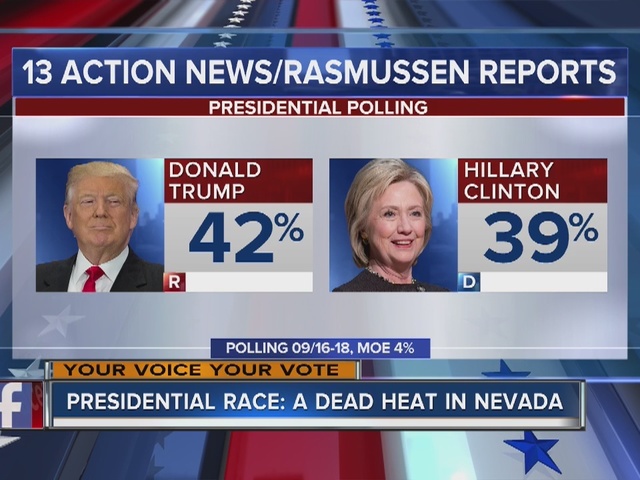 The poll of 800 likely voters shows Trump leading Clinton by a 42 to 39 percent margin, with Libertarian candidate Gary Johnson attracting 11 percent of voters and seven percent unsure or supporting another candidate.

The results marks only slight changes in position between the two candidates since the last KTNV-TV 13 Action News/Rasmussen Reports poll, and nearly all public polls taken in the state indicate a close race. Rasmussen polls historically tilt Republican, according to a FiveThirtyEight ranking of polling groups.

Most recent polling also shows a close race between Clinton and Trump — a Marist College poll last week showed Trump leading by a 42 to 41 percent margin, and a Public Policy Polling survey over the same period showed Clinton with a 45 to 42 percent lead.

Voters have negative opinions of all three presidential major candidates on the ballot, including fifty-four percent holding an unfavorable view of Trump and sixty percent of voters saying they hold unfavorable views of Clinton.

Clinton won support of a majority of women, black and Hispanic voters and self-identified moderates. Trump did better with men, white voters, and those over 40 years old.

Rasmussen General Manager Francis Coombs said narrow margins of support between Clinton and Trump among several demographic groups can be explained by the use of relatively small sample sizes to match expected turnout, especially among minority voters surveyed.

The poll indicates Clinton leading by a 47-37 margin in black voters, but Coombs said the small sample size had a plus or minus 12 percent margin of error.

“Anytime you have less than a hundred, we’re starting to look at a much bigger margin of error,” he said.

The poll shows Clinton and Trump tied for support in Clark County, with a narrow Clinton lead in Washoe County and Trump leading in rural parts of the state.

The full crosstabs and demographic breakdown of the poll are available here.

KTNV will release additional polling information on Wednesday including response to questions about a ballot questions to legalize recreational marijuana and a new plan to restructure the Clark County School District.