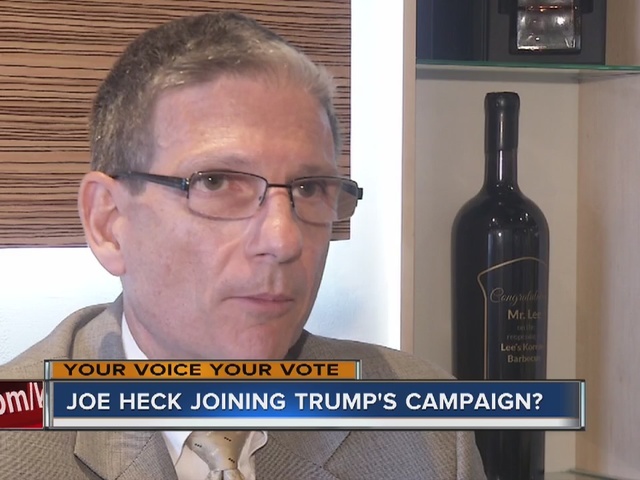 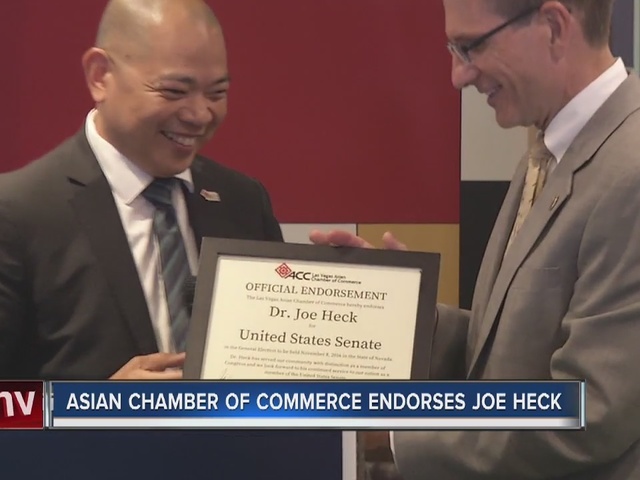 That was part of the message emphasized by Heck on Tuesday as the Republican congressman accepted the backing of the Las Vegas Asian American Chamber of Commerce, the group's first federal endorsement.

Heck said the group's support was an indication of inroads made in the state's minority communities since entering Congress in 2010.

"I think the relationships that we've been able to build amongst the minority thought leaders here in Southern Nevada will help us throughout the state," he said in an interview with 13 Action News. "As they talk within their own networks about what I've been able to do, what I've represented and how I've been able to help people regardless of ethnicity with the issues that they've had dealing with the federal government."

Democratic Senate candidate Catherine Cortez Masto responded to the event by calling it a "photo op" and reiterating his endorsement of Republican presidential candidate Donald Trump, who referred to the Philippines as a "terrorist nation" earlier in August.

The battle between the candidates in appealing to Asian American voters is fierce, and winning candidates in the state's last two Senate battles won majorities of that group.

Heck, who has endorsed Trump, said he wasn't worried about the Republican candidate's rhetoric about immigration affecting his race because of his outreach efforts to minority communities.  But he also sounded caution about potentially making a joint appearance with Trump or Republican vice presidential candidate Mike Pence.

"If there's an opportunity where things cross paths, there's certainly something that we would consider," he said. "But again, we're sticking to the calendar that we have laid out, which is pretty busy between now and Nov. 8."

Heck, who is pro-life, said he didn't want to "second guess" a court decision made decades ago and didn't require any "litmus test" issues for supporting a potential Supreme Court nominee.

"I'm not looking at specific issues," he said. "I'm looking at a Supreme Court justice and how they're going to conduct themselves on the bench, across a broad spectrum of things that may come before them, and look to somebody like Justice Scalia, who was more of a constructionist or original theorist in looking at the constitution."