Donald Trump holds a modest lead over Hillary Clinton in Nevada, according to a new KTNV-TV 13 Action News/Rasmussen Reports poll.

The poll was conducted by Rasmussen Reports between July 22 and 24, immediately following the Republican National Convention in Cleveland, Ohio. Rasmussen historically has a Republican bias, according to a FiveThirtyEight ranking of polling groups.

Clinton leads Trump with women, young voters, and Hispanics, while Trump commands a majority of voters over 65, men and white voters. 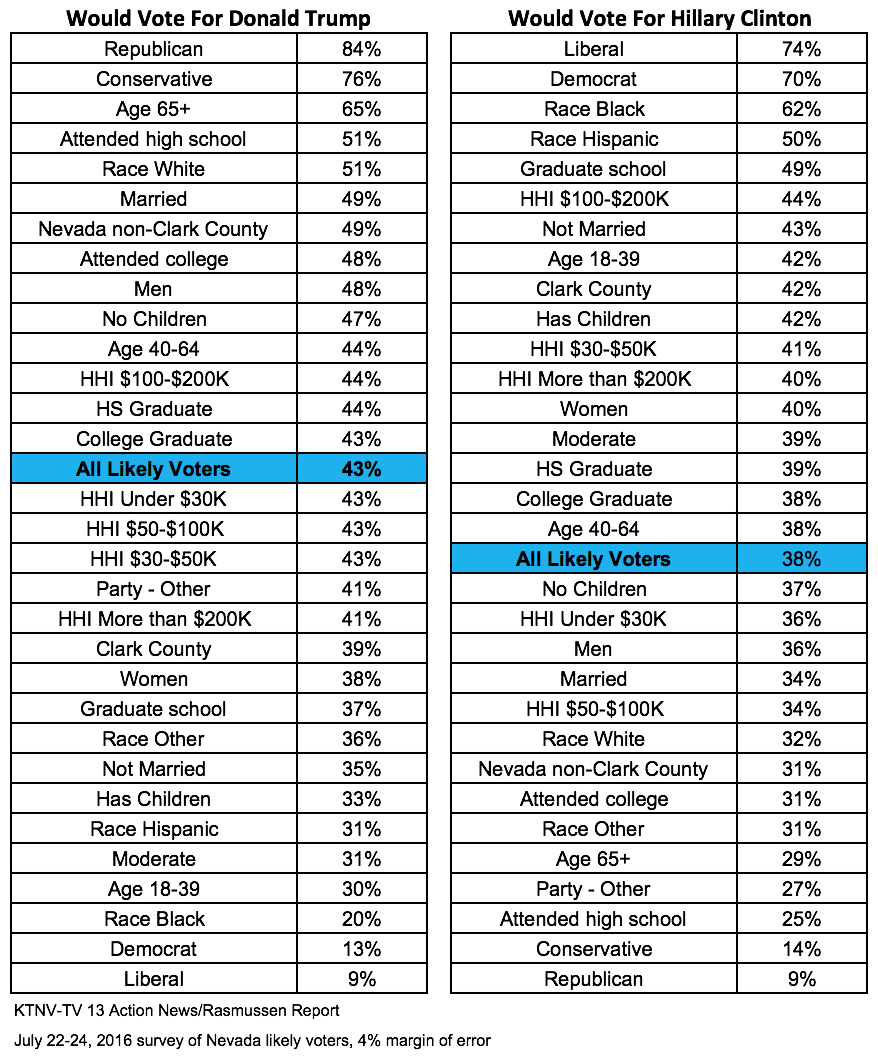 Voters polled appear to have set strong opinions about the two candidates, with only a tiny percentage not having an opinion of either presidential hopeful.

More voters reported having a “very unfavorable” opinion of Clinton (48 percent) than Trump (43 percent). Overall, seven percent of voters polled are still unsure of which candidate to support, and four percent plan to support a different candidate.

Likely voters support Heck by a 46 to 37 margin over Cortez Masto, with 12 percent of voters undecided and five percent saying they'll support a different candidate. 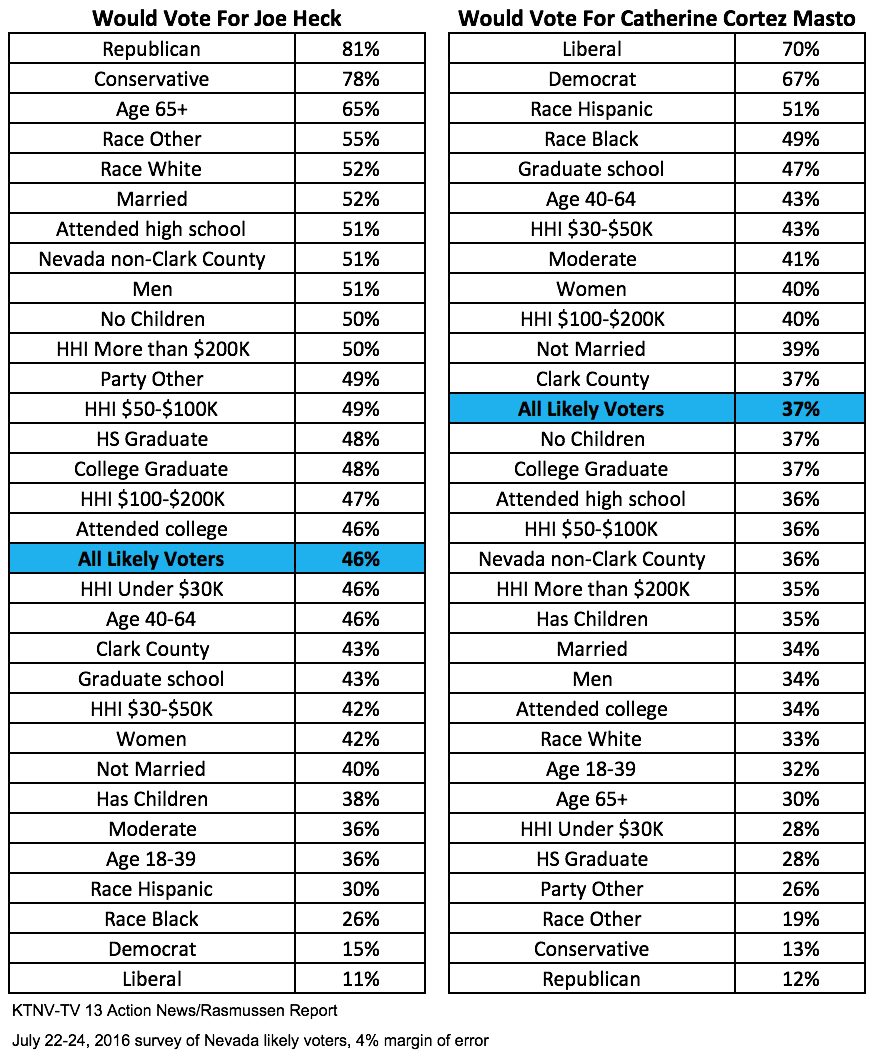 Cortez Masto holds leads among Hispanic and black voters, but the poll shows Heck with leads in most major demographic groups, including a 43 to 37 lead in Democrat-leaning Clark County.

Voters appear to hold Heck, a six-year Republican congressman, in high regard: 50 percent report a favorable opinion, with 36 percent saying they have an unfavorable opinion.

Cortez Masto, a former state Attorney General, has lower approval ratings, with 38 percent saying they have a favorable opinion and 45 percent reporting an unfavorable opinion of the Democrat.

Other statewide polling shows a tighter contest between the two Senate candidates, including a Monmouth poll showing Heck with a narrower 42-40 advantage over Cortez Masto.

Fifty percent of voters reported having a favorable opinion of Obama, while 48 percent had an unfavorable view of the president. 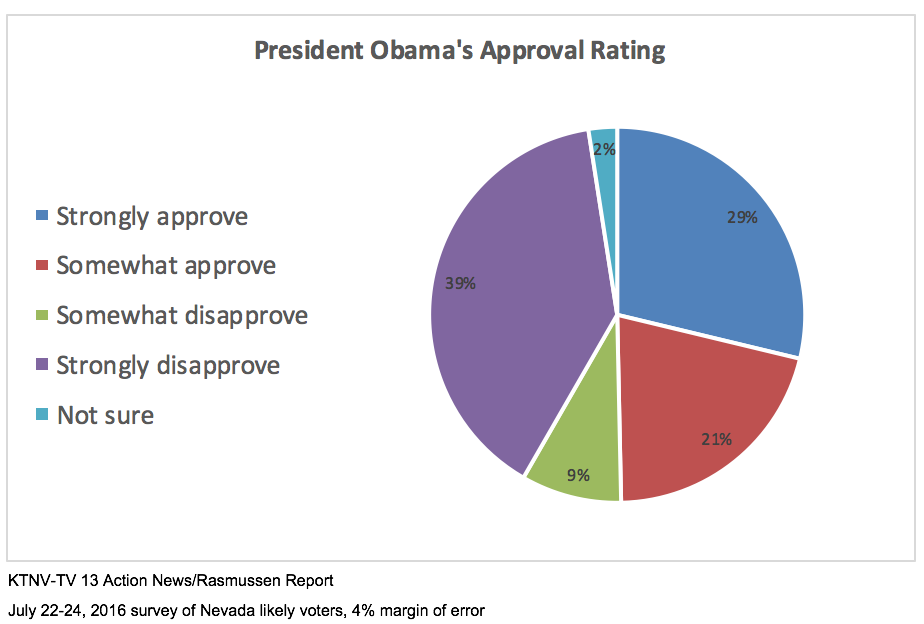 Sandoval, who won re-election by a huge margin in 2014, is favored by 61 percent of Nevada voters polled, with 29 percent having an unfavorable opinion. 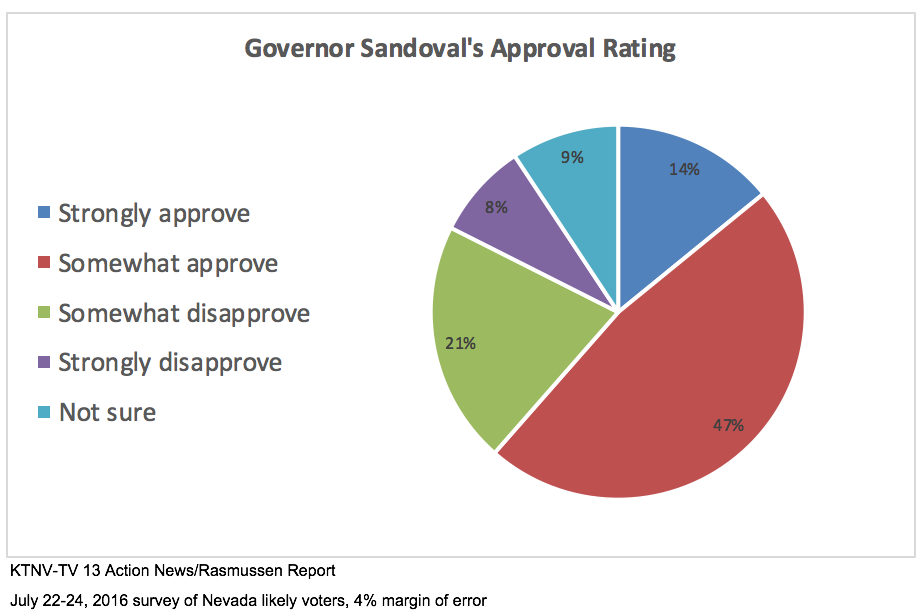 A full demographic breakdown of polling results is available here.

KTNV will release additional polling results, including new information on ballot questions for recreational marijuana, universal gun background checks and public financing of a possible NFL stadium over the next few days.