Gov. Sisolak made an appearance 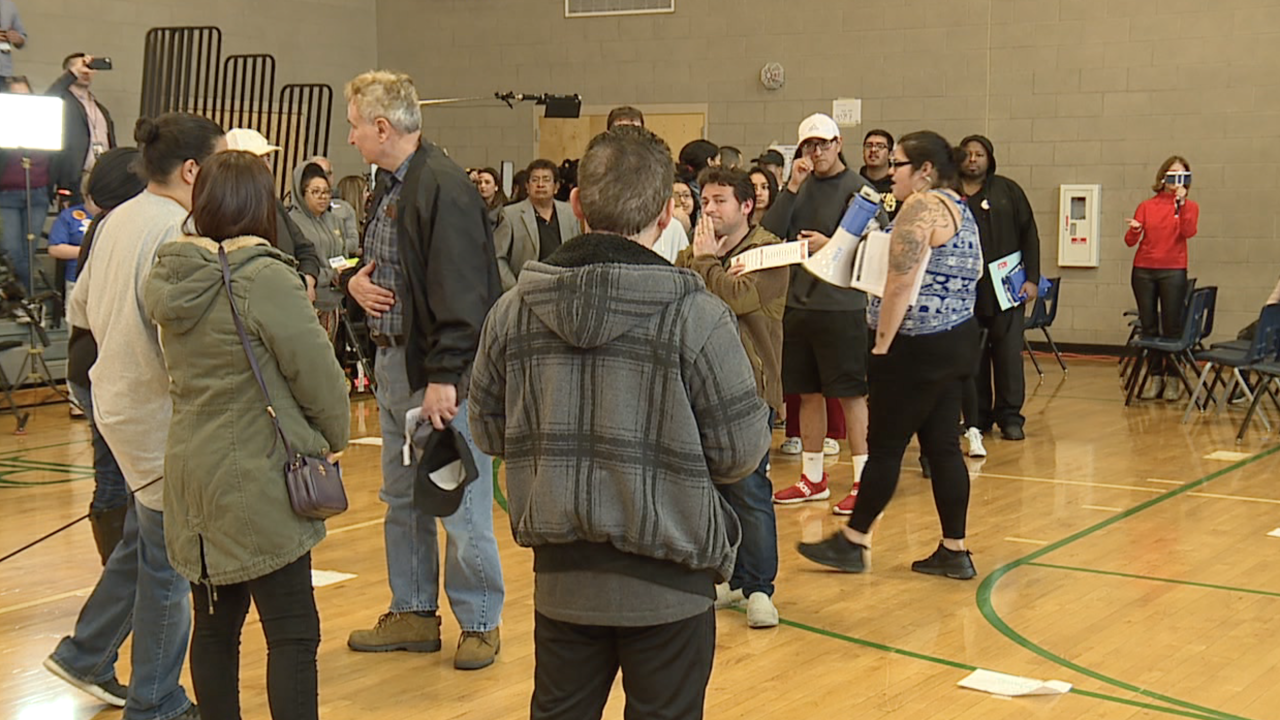 LAS VEGAS (KTNV) — The early vote certainly impacted turnout at one caucus site with fewer numbers, but it didn’t dampen enthusiasm for the process with Gov. Steve Sisolak making an appearance.

Gov. Sisolak greeting volunteers at Rancho High School and bringing enthusiasm to the caucus site. He praised the intimate experience for voters.

“It’s a chance to renew old friendships and get to know people you didn’t know previously so it’s a very positive experience,” he said.

An experience shared by high school students, who made up nearly all of the volunteers, crunching numbers and calculating results.

“I learned so much, especially about this. Being able to do this, and maybe in four years when I’m actually allowed to vote, I would actually know what it’s like,” Angela Rios, a Rancho High senior, said.

Those actually voting stood for their preferred candidates, even though turnout was dampened by the rain, but it didn’t stop some from wanting to take part to make a change in the white house.

“I really feel that we need to change what’s going on right now. I mean this is not working in our favor. We got to get new blood in there,” Gideon Eklund, who lives in Las Vegas, said.

Volunteers pointed out early voting playing a role in the reduced turnout. Inside the gym, Bernie Sanders got the most votes in 3 out of 4 precincts, with one not counted due to lack of voters. Biden put up a distant second. Supporters of Sanders optimistic about his chances for the democratic nomination.

“I believe that Bernie Sanders is the one candidate that can get the millennials out to vote,” Amanda Rodriguez, who lives in Las Vegas, said.

With the caucus now finished in Nevada, the race now moves to South Carolina where they’ll be having their primary next week.