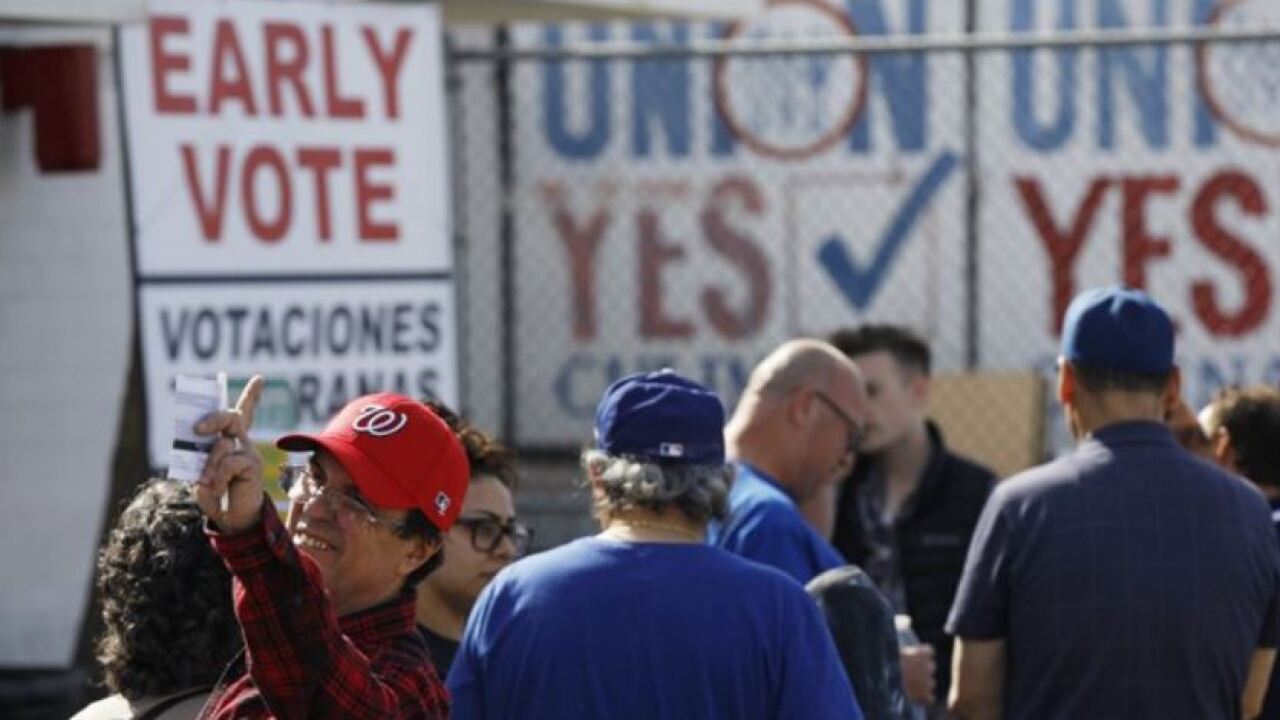 "We kept our heads down, we got to work and we delivered - in a major way."

The party say around 105,000 people turned out to vote -- 16,000 more than in 2016. The majority of voters -- around 75,000 -- taking part in the first-ever early voting option, which lasted four days. UNLV assistant political science professor Ken Miller says the enthusiasm for the early vote shows people favor flexibility in scheduling.

"Caucuses are inconvenient, they take a long time, they made more sense in an earlier era. Now, we don't need them. And in fact, they're disenfranchising."

Former Senate Majority Leader Harry Reid celebrated Saturday's "successful" caucus in a statement Sunday, adding that it's time for the state to move to a primary. Chairman McCurdy says "why not?"

"We have said that we want to be the most accessible, expansive and transparent caucus states. And let's underscore accessible. If we were to move to a primary, it would allow for more people to access their ability to cast their vote."

McCurdy believes there's a strong case for moving to a primary but that it would take conversations with party leaders, the Democratic National Committee and would eventually require a legislative vote.
For now, McCurdy says he is grateful for a resilient team that MADE IT ALL HAPPEN.

"Maybe we'll take a nap later but after we take that nap we're going to get back up and get to work because there's a lot of work to be done."