Studen thought she would die 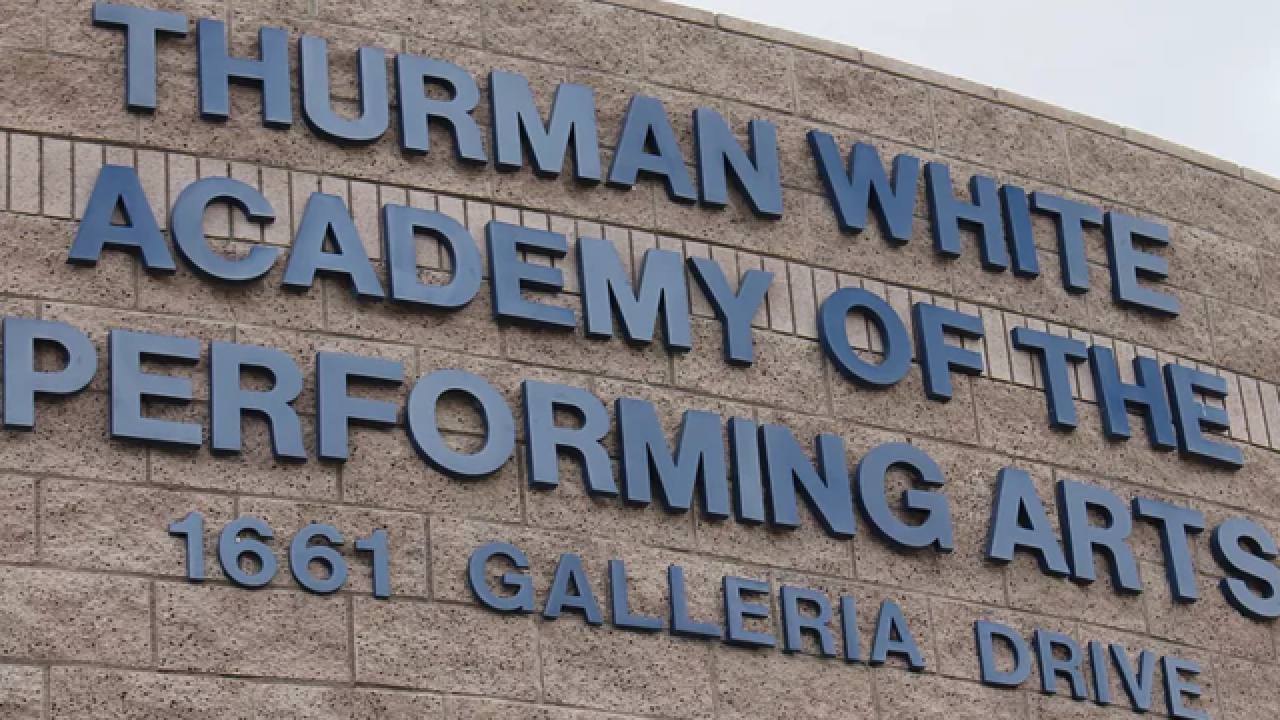 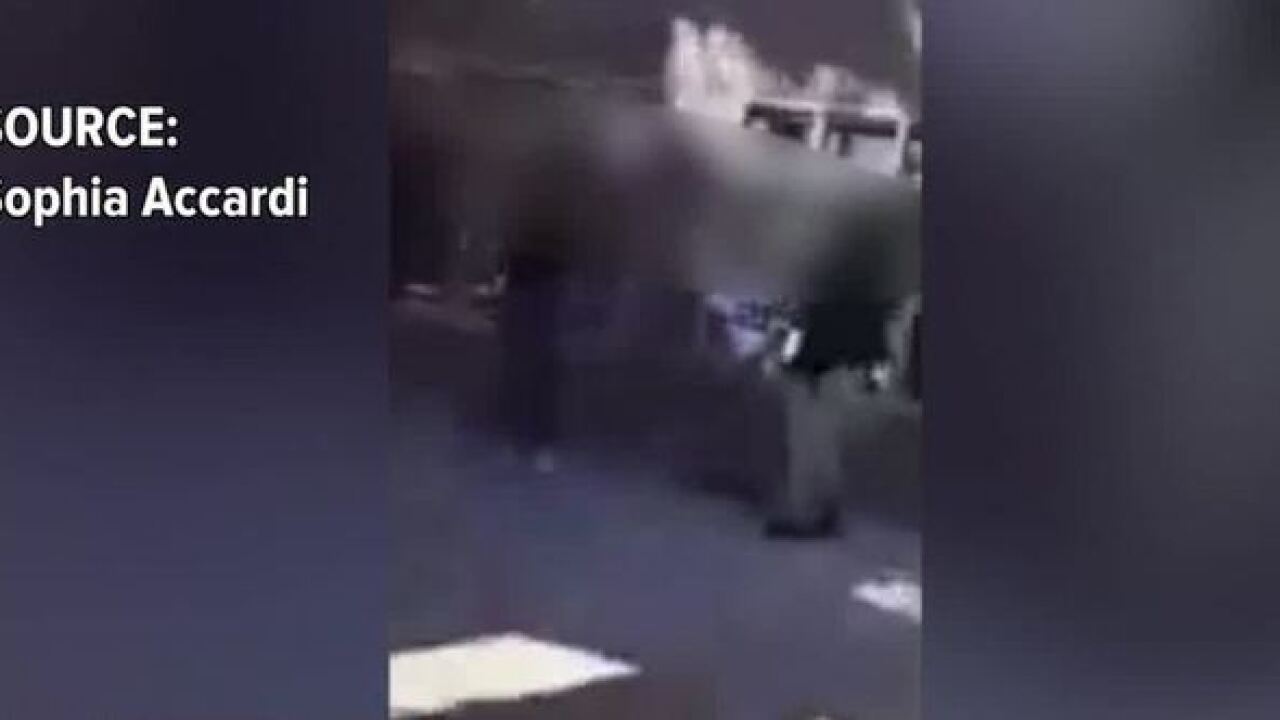 Ania is 15. Her young aunt, Samauriah Matthews, is 13. Ania said a 12-year-old girl at Thurman White Middle School threatened to beat up Samauriah.

“She wanted to get her,” Ania said. “That didn’t even make sense.”

Ania said she walked Samauriah to school just to make sure nothing happened. “I did not go there with the intention to fight,” Ania said, as she fought back tears. “I just wanted to get her to her classes and for her to be safe.”

Ania said she tried to reason with the girl. “There isn’t going to be a fight. You’re not going to fight her.”

Ania noticed the other girl was armed. “She had a knife,” she said. Ania said she had to act. “I threw the first punch.”

Clark County School police said the girl began stabbing. “She stabbed me four times, my elbow, here and three in my back. She actually punctured my lung,” Ania said.

Shatell Becker wondered how could a child bring knife to a school and use it to stab her child? “I never imagined to see my daughter in a puddle full of blood in a school,” Shatell said. “She attempted murder. I cannot believe it. I cannot accept it. It’s unacceptable.”

Juvenile court would not release any information on this case since it involves minors.

Shatell Becker wants justice for her daughter. The family also has set up a gofundme page to help pay for Ania’s medical bills: gofundme.com/aniabecker.

It happens in an instant. Two girls stare each other down at Thurman White Middle School. Fists start flying. Then, police say, a 12 year-old girl pulls out knife and stabs a 15-year-old girl.

Shatell Becker, the mom of stabbing victim Ania Becker, watches in horror as we show her the video.

Ania is a high-school student. Clark County school police say the older girl went to the middle school and approached the younger girl. That is when the fight broke out.

"They were gonna’ jump me," Samauriah says. When asked if she knew why, Samauriah answers “no. It's no reason."

Samauriah asks Ania to go to school with her. "I just wanted her to walk me to class. And that's it," she says.

Then, chaos erupts. “Once she started stabbing her, I really thought she was going to die," Samauriah says.

"Her lungs have been penetrated. She's lost 30 percent of her blood so far. They can't her to stop bleeding, so we don't know what the outcome is going to be yet," says Becker. “All I'm concerned right now is my daughter's health. She may lose her life."

Becker says her daughter never even had to go to the principal's office before.

Police arrested the 12-year-old and charged her with battery.

While classes continued as planned Friday, some parents came and picked their kids up, including father Greg Kazaryn.

Fellow sixth grader Ricky Osorio-Rafael was just feet away when the fight happened while 7th grader Angel Bautista said the girl who was stabbed had a bloody arm.

"Think about you're out of school it's supposed to be safe and then you just hear some kid gets stabbed," Bautista said. "It was like a nightmare."

Police said counselors were on campus all day while police car were patrolling the school's parking lot.

CCSD released a new statement regarding the stabbing incident, including that the 16-year-old girl has non-life threatening injuries.

CCSD police held a media briefing giving more details on the stabbing. A 16-year-old girl went to the school where she was stabbed by a 12-year-old girl.

At this point, the 12-year-old is being questioned by officers. The 12-year-old could face charges of battery with a weapon resulting in substantial bodily harm.

CCSD police and Henderson police are working together on the investigation.

Watch the briefing below.

This is Andrea Katona, Principal at Thurman White Middle School.

As always, we want to keep you informed of important issues happening within our school community. Today, right before school began, a student from another school entered our campus and confronted one of our students in the Quad area. An altercation took place in which the non-Thurman White student was stabbed with a weapon. Staff members intervened in the altercation and CCSD Police Department officers responded to the scene. The one student was transported for medical attention, while the other was taken into custody.

This incident serves as a reminder for parents and students to know that weapons are not permitted on campus and if students are aware of a situation where they may be confronted, to contact school administration or law enforcement authorities to prevent incidents like this from happening.

We have taken precautions to utilize all available staff and extra law enforcement to keep our campus secure for the remainder of the day and school will dismiss at the normal 2:56 bell time.

Henderson police have confirmed there was a stabbing at the middle school this morning. They also said that a student stabbed another student. Extent of injuries is unknown. The Clark County School District Police are in charge of investigation at this time.

School police are investigating an incident at Thurman White Middle School in Henderson.

A source told 13 Action News that a student was stabbed. Police have not been able to confirm that information but they did confirm that they are investigating an incident.