A Clark County beautification project appears to have been vandalized

A Clark County beautification project appears to have been vandalized.

On a road median near Decatur Boulevard and Flamingo Road stand sculptures of a lion and seven pink alligators.

"Some people really like it," said Phil Mineff, who works as a bartender across the street. "Some people think it's weird."

For at least a month, however, there have only been six alligators. One alligator sculpture has been broken off and disappeared, with only the feet remaining.

"It's definitely a little awkward because you can see these little pink stubs sticking up and it doesn't look as good as it should," Mineff said.

The sculptures were built last year as part of a Clark County public art project. 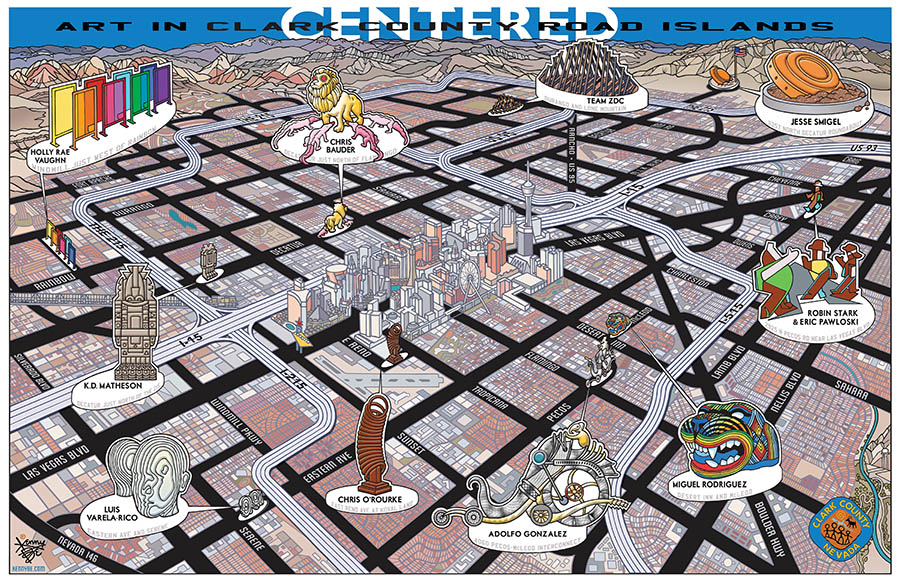 Asrad Worku, the owner of RAS Party Store across the street, loved them immediately.

"For my store it was like the best thing," Worku said. "Since I opened, somebody put that thing there and I was so happy."

He says he saw a car go up onto the median a couple months ago, and a day or two later, the alligator was gone.

The car appears to have damaged a number of the other alligators as well.

Mineff says he doesn't believe the problems should necessarily be fixed.

"It's nice to have these different things but where's the money coming from?" he said. "What could they have done instead?"

The county's Parks and Recreation Department says the alligator will be replaced with a more durable material.