People from around the world anxiously watching owl family in Nevada 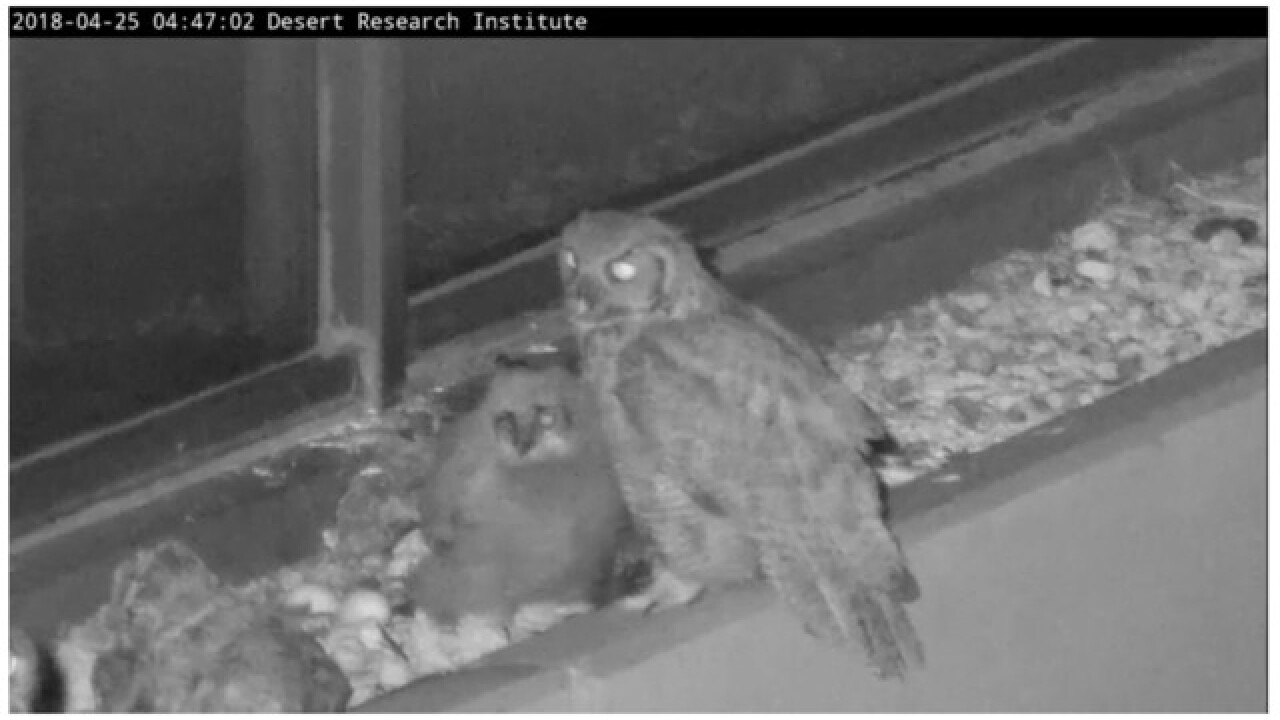 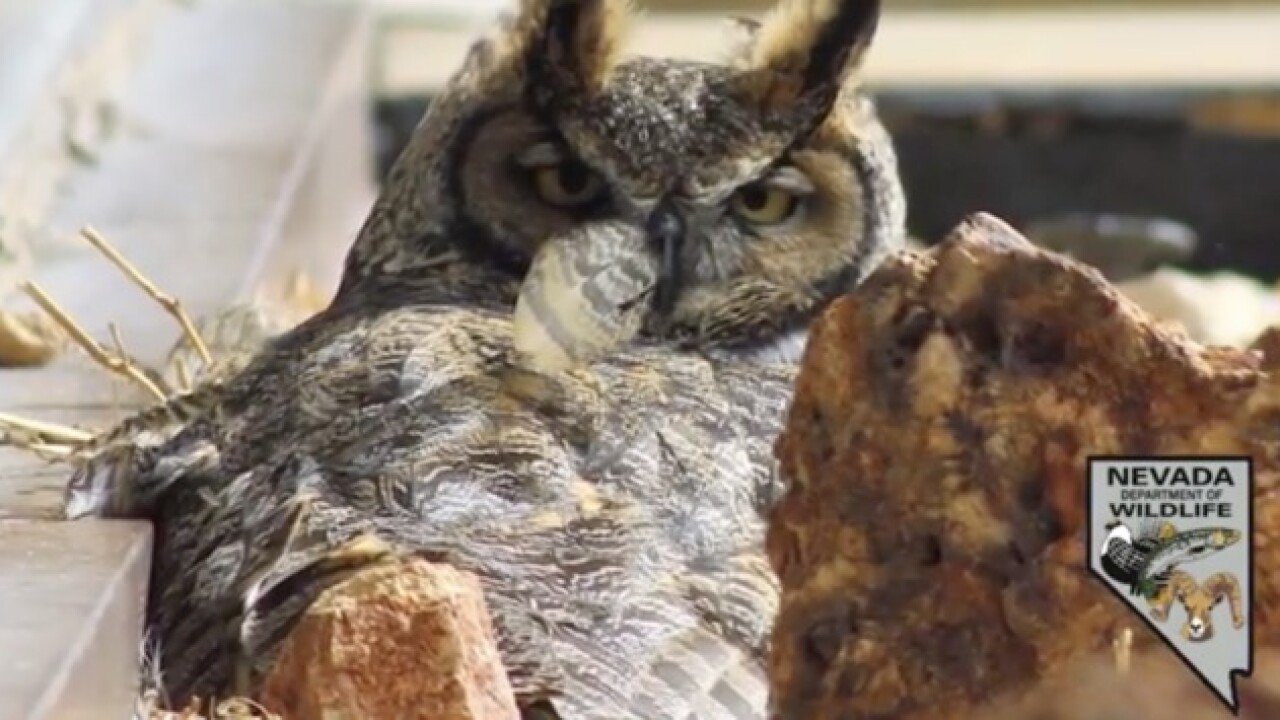 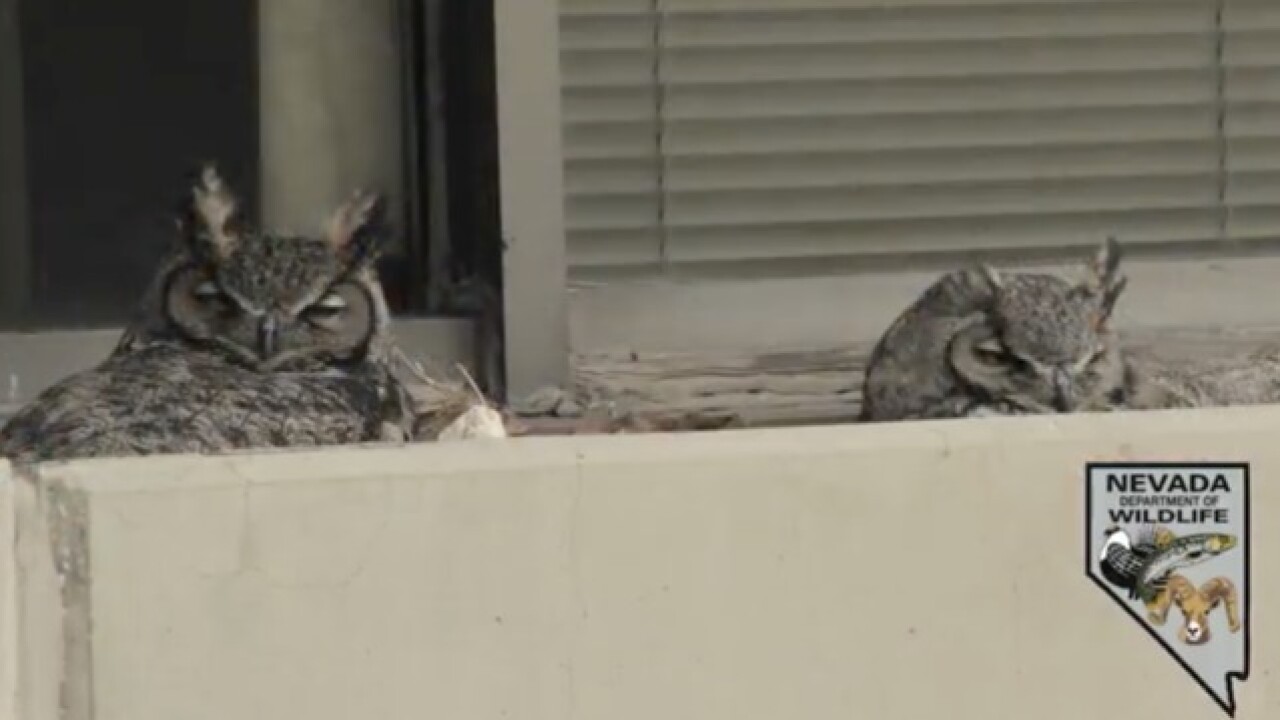 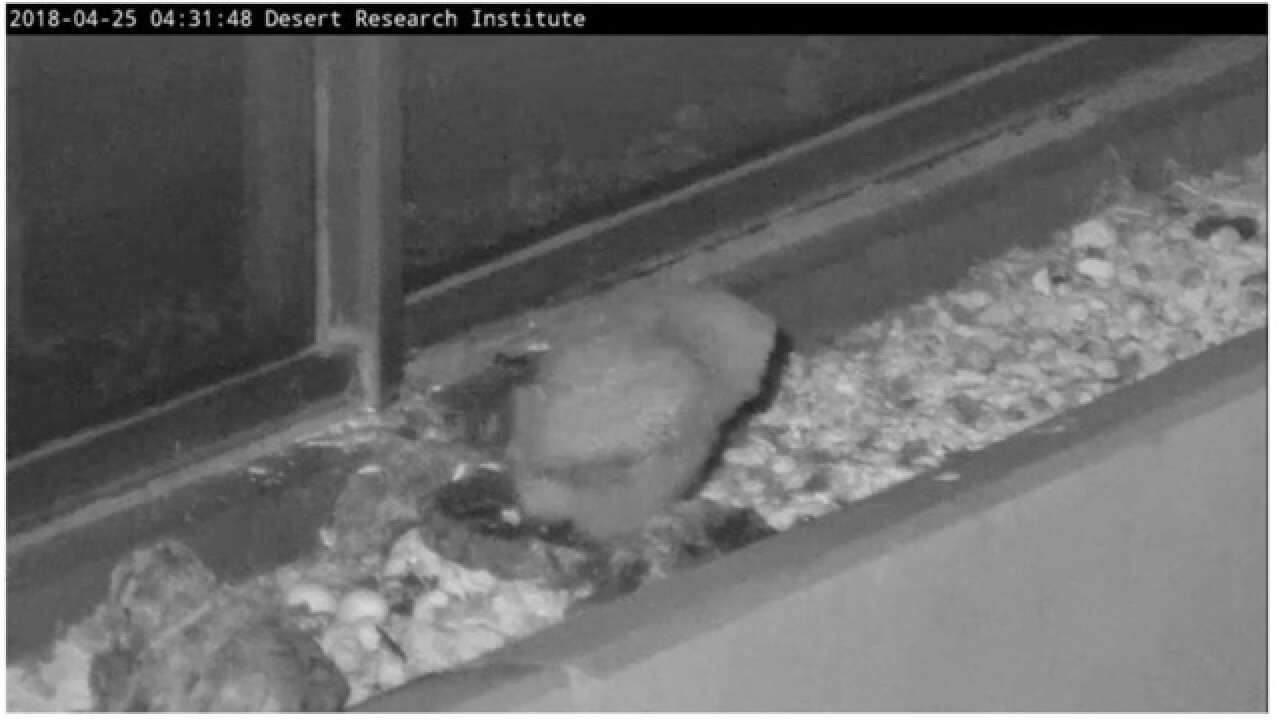 Most of those watching are primarily concerned with the fate of an owlet who recently jumped or fell out of its nest.

Two females named Sienna and Jina established nests next to each other in March on a ledge outside of a window at the Desert Research Institute in Reno.

Sienna laid 2 eggs and Jina had 3. Two owlets hatched in late March — Washoe (March 23) and Zephyr (March 24 or 25). Jina is the mother owl. Sienna's eggs were eventually abandoned by the owls.

There is also a third adult male owl named Arie who is usually only seen at night, when he brings food to the females.

The live feed to YouTube began March 15. Washoe was hatched at 6:30 a.m. March 23. Zephyr was born shortly after.

In early April, the two female owls stopped sitting on one of the nests. Most likely because the eggs were not viable.

The 2 female #GreatHornedOwls are now caring for 2 owlets together. Male can be seen delivering prey at night. Some fascinating interactions between the occupants of this "nest." Perhaps a mother & adult daughter? @DRIScience #birdcams #owls #Reno #Nevadahttps://t.co/dagSGf0WHz pic.twitter.com/GeEvsjFf6J

Since then, the two females have taken turns feeding and covering the two owlets during the day. Arie usually brings food to the family after dark.

On Monday, one of the owlets jumped out of the nest.

Of course, viewers became concerned. However, the owlet appears to be “relatively fine” at this time. According to an update on the DRI Owl Cam YouTube page, the owlet sat up after its fall and then took a nap. Later, it was observed sitting up again and stretching.

Biologists from the Nevada Department of Wildlife says that it’s best to leave the owlet alone at this time. The biologists say that the adults will continue to feed and protect the owlet and will encourage it to move to a safer location if possible.

Their biggest concern at this time is that someone with good intentions will attempt to "rescue" the owlet. Getting close to the owlet though will stress it out and may cause the adults to abandon it. NDOW’s biologists are asking the public to simply watch the livestream and let nature take its course.

The great horned owl is also known as the tiger owl or the hoot owl and is native to the Americas. It is an extremely adaptable bird with a vast range. It is the 2nd heaviest owl in North America.

NDOW says that is is very unusual for 2 females to establish nests so close together and to share in parenting duties. In fact, it may be the first time in history.

The owl livestream has attracted viewers from around the world. On Wednesday morning, there were residents of Florida, Illinois, North Carolina, New Jersey, Canada and Finland, watching one of the owlets in its nest.

One of the observers, Connie Taylor from North Carolina, described those watching as "surrogate owl moms and dads" and said that the watchers have been "on edge" since the owlet jumped. Taylor, who raises quail for eggs and describes herself as a bird lover, says she heard about the owl livestream online and began watching soon after it was turned on.

Jordice from Sarsota, Florida, told 13 Action News that it was easy to become emotionally attached watching the owlets grow. Jordice also said that knowing that the livestream is live and unedited makes it sweet.

Here more about how it all began below.