Copy of Pedestrian deaths are rising in Clark County | What's being done to improve road safety?

Where are the most dangerous intersections?

In 2017 so far, 60% of pedestrian deaths are due to pedestrian error although driver error deaths have also increased. This year 9 people have been killed while walking on a sidewalk.

NDOT maintains Boulder Highway which was not originally designed for heavy pedestrian usage. NDOT has funded a new study to look at long-term improvements needed to make the highway safer and they are getting ready to break ground on a project to improve 8 crossings shown on the map below. 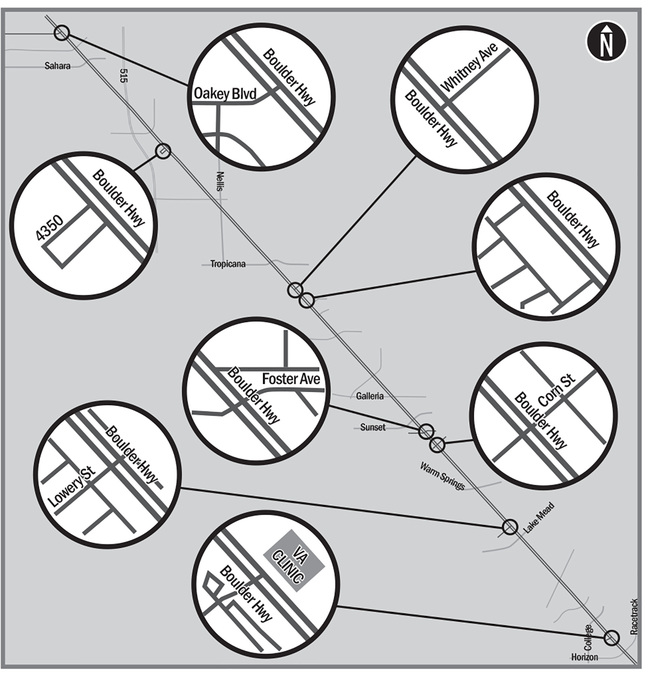 Map of some of the most dangerous intersections for pedestrians. These are locations where pedestrian accidents have been reported in 2017, at or in the vicinity of the intersections. Click on the purple icons to see the address. Click on satellite view and zoom in to see how many lanes pedestrians cross at each intersection.

Safety advocates are bracing for a potential spike in pedestrian deaths across Clark County as 2017 comes to an end.

Typically, the last quarter of the year is deadly because of dwindling sunlight hours and the holidays put additional people on the roads, according to Breen.

The improving economy is also a factor for the rise in pedestrian deaths because more people are able to afford to travel by vehicle, Breen adds.

Breen said unlike previous years, the current trend shows 90% of pedestrian deaths are occuring at night,

"Las Vegas has come so far, and here we are staring at potentially the worst year we've ever had," said Breen.

The top locations for pedestrian deaths occurred along a 16 mile stretch of Boulder Highway.

The crossing near Boulder Highway at Nellis has seen two fatalities.

Contact 13 has learned additional changes are coming to Boulder Highway to improve safety.

The Nevada Department of Transportation has a multi-million dollar study underway to determine long term solutions to the roadway.