Parents concerned about their kids' safety around Henderson school 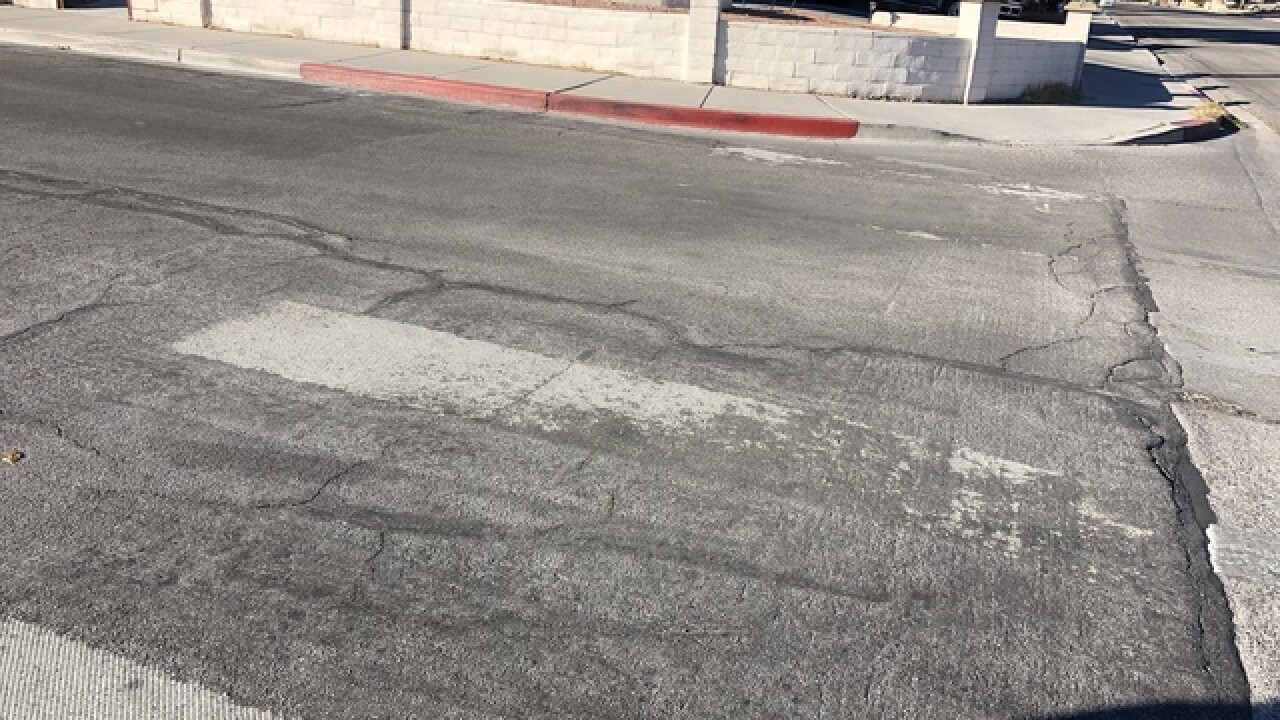 A concerned parent reached out to 13 Action News about the faded crosswalks near Nate Mack Elementary School.

"I constantly have to be out because 'm worried that they're not going to stop or see them, or they're going to get hit," one parent told 13 Action News.

The school is tucked away in a neighborhood, but parents say that is not stopping drivers from speeding past their kids. While there are some crosswalks around the school, even the kids say drivers don't always see them.

"I want them to know to pretend there's a crosswalk there and just drive safely," one student said.

The families we spoke to are hoping getting the crosswalks repainted will make it clear to drivers, there are kids here and they need to careful.

13 Action News did reach out ot the city of Henderson. A crew is going to go out to the area to take a look at all the crosswalks and see which ones can be repainted.